My Progress till now: tough problem ! 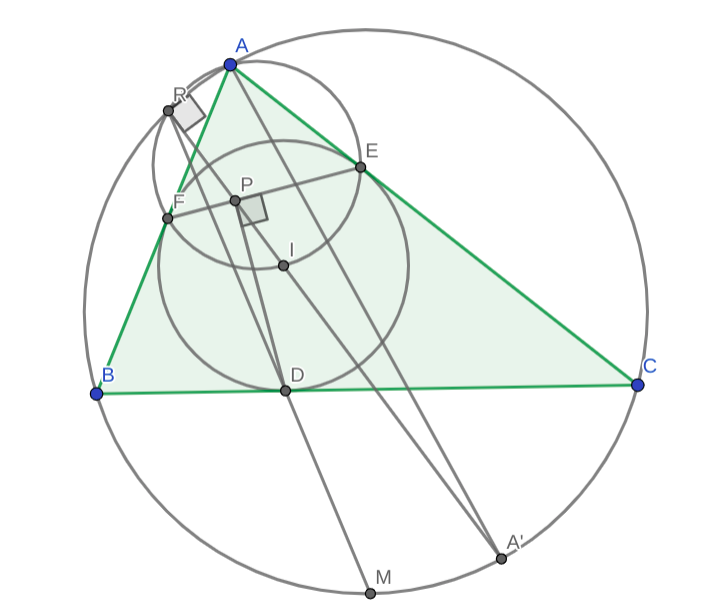 Note that there is a spiral symmetry $S$ centered at $R$ dilating $\Delta RFB$ to $\Delta REC$ ( considering the circle with diameter $AI$ and the circumcircle of $ABC$ ) .

But I am stuck with point $P$.

Hope someone can give hints. Thanks in advance. 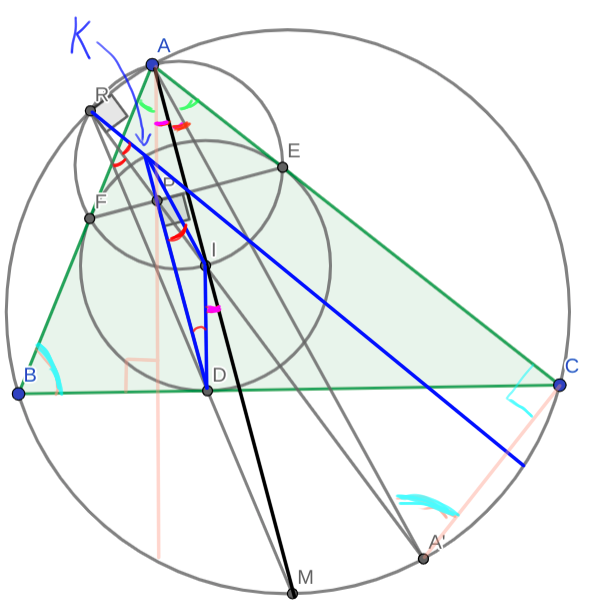 Since the two cyan angles are equal and the ninty degree angles are equal, we have the two green angle at vertex $A$ being equal. Therefore the top red angle is equal to the top pink angle.

Look at the red and pink angles sharing edge $ID$, we know $PD$ is parallel to $AI$. Therefore $PD$ is perpendicular to $EF$.