Prove that $N,R,F$ are collinear

Now, I am stuck. I tried using phantom points but couldn't proceed. I am thinking of using Radical axis but still confused.

Here are some more observations which might be trivial but still, we have $BJFR$, $RFKA$, $CJFK$ concyclic. We also have $\Delta JFK \sim \Delta BFA $.

PS: This is my own observation, so there is a very high chance that I might be wrong.

Below are a few diagrams for the problem. 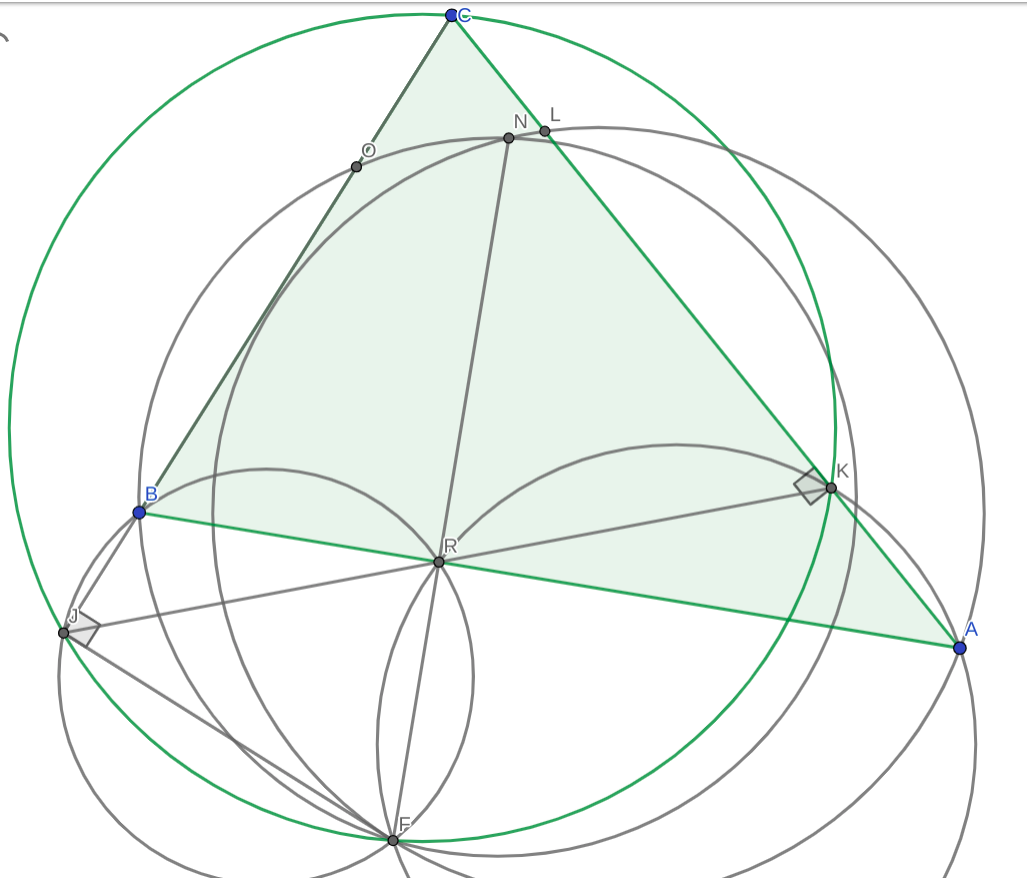 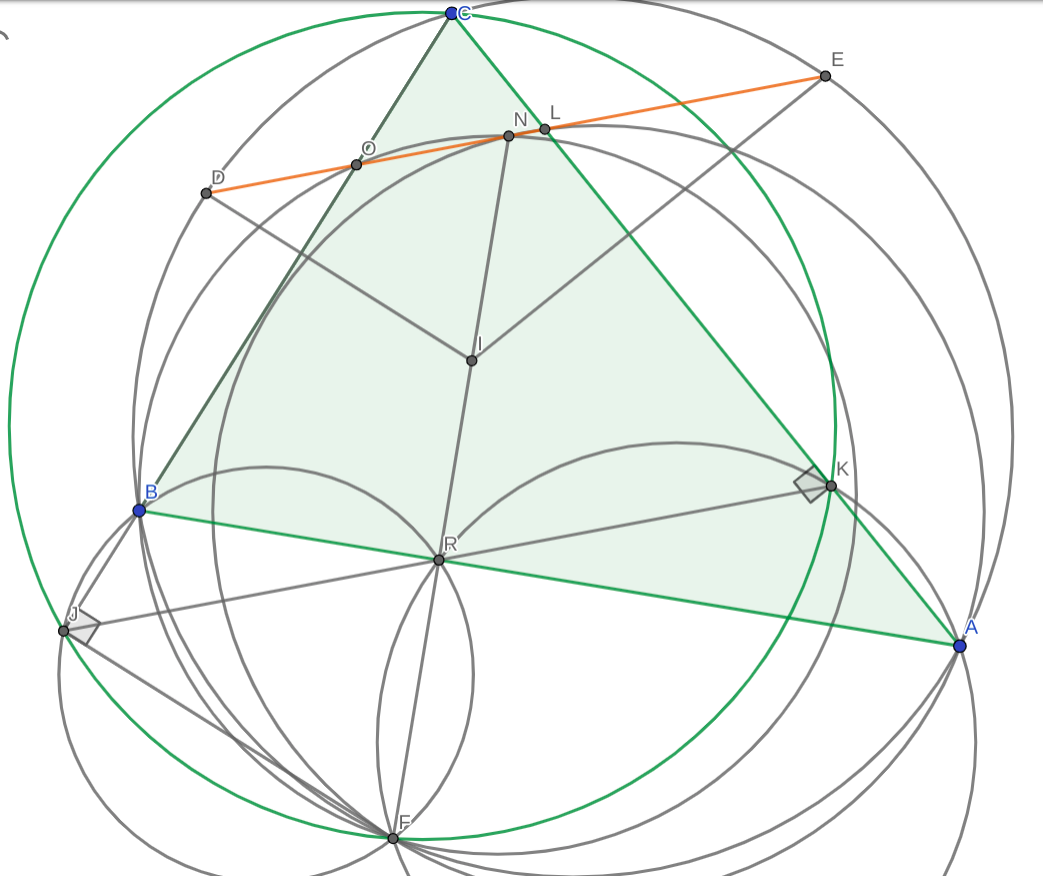 Browse other questions tagged geometry contest-math euclidean-geometry or ask your own question.