implication of the Abel–Ruffini theorem

I am taking a course in abstract algebra, and we proved the following theorem:

I want to prove something more specific. Let's look at polynomials of degree 5 over C. Someone is claiming he has a magic formula, which receives the coefficients of a polynomial of degree 5, and returns its roots using only basic operations and radicals. I want to understand, how I can prove this person wrong using the theorem above. In this case, the theorem talks about the field of rational functions with 5 variables over C. It shows that I can't express $t_1, ..., t_5$ (the roots of f) in terms of $s_1,...,s_5$, in this abstract field. I understand the proof in this context, but I want to understand how I can use it concretely in order to prove this person wrong. In the sources that I have seen, they say that Abel–Ruffini theorem implies what I want to prove, but they don't show how. Can someone help me understand how you can show this? I am adding the proof we saw in the course: 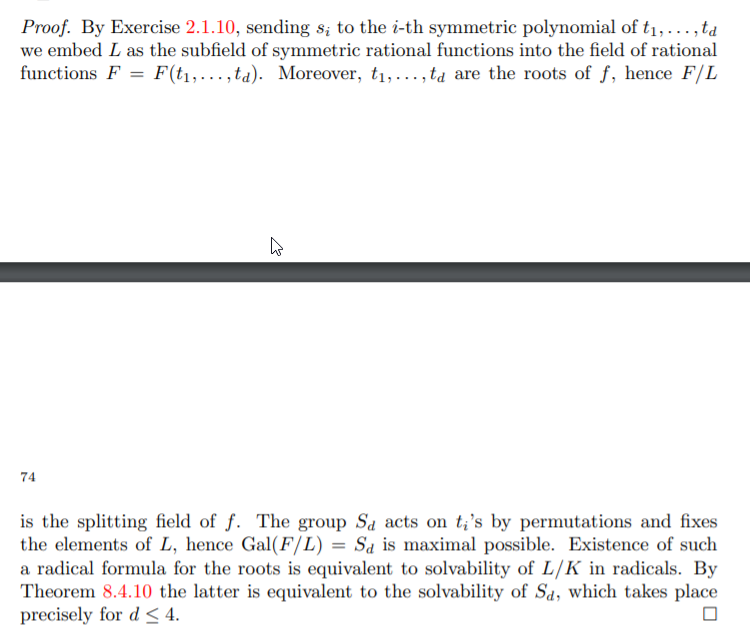 Now, what can we say about $L$? I claim that every polynomial of degree $n$ in $L[x]$ is solvable by radicals. Why? Well, take a polynomial $g\in L[x]$ of degree $n$ and put its coefficients in the formula we have. The coefficients of $g$ are obviously in $L$, and remember that the constants in the formula belong to $K\subseteq L$, so they are in $L$ as well! So this shows $g$ is solvable by radicals over $L$.

The difference is that in my proof $t_1,...,t_n$ are all complex numbers, and not just formal variables like in the field of rational functions. So here $f=(x-t_1)...(x-t_n)$ is a specific polynomial over $\mathbb{C}$ for which the formula we took fails.