Find a specific countable atlas for a smooth submanifold with boundary

The phrase "we can choose" translates to "we can pick a compatible atlas". Again, philosophically speaking, there is no difference in working with either of two compatible atlases. However, mathematically one atlas may be more convenient to work with than another. For instance, we might want the images $\psi_j (U_j)$ to be balls to (what I like to call) "abuse" the local convex structure of Euclidean space. You see this a lot if you're working with Riemann surfaces.

It's useful to draw a picture: 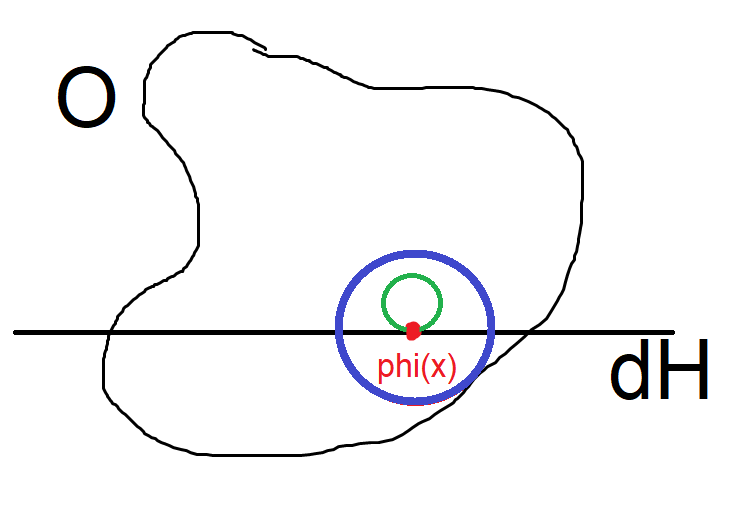 And now we're done! Since the $\psi_{i, j}$ and $\psi_{i, x}$ maps were defined using $\phi_i$, collecting all of them together gives a (smooth or $C^k$) atlas. Of course this won't be countable since there are uncountably many boundary points $x \in \partial M$, however you can adapt the argument, instead of using balls tangent to $\partial \mathbb H$ you can use parallelepipeds (with rounded corners) and take a diffeomorphism sending it to a ball in $\mathbb R^k$.

Not the answer you're looking for? Browse other questions tagged differential-geometry smooth-manifolds manifolds-with-boundary submanifold or ask your own question.