When is a chart of a submanifold not only a homeomorphism, but a diffeomorphism?

I've got trouble to understand the concept of a "smooth structure" associated to a submanifold.

Now my question is: If I got such an atlas $\mathcal A$, is it somehow possible to show that the charts itself are $C^\alpha$-diffeomorphism?

EDIT: It seems like I've found the claim in this book, but I cannot really follow the argumentation given there: 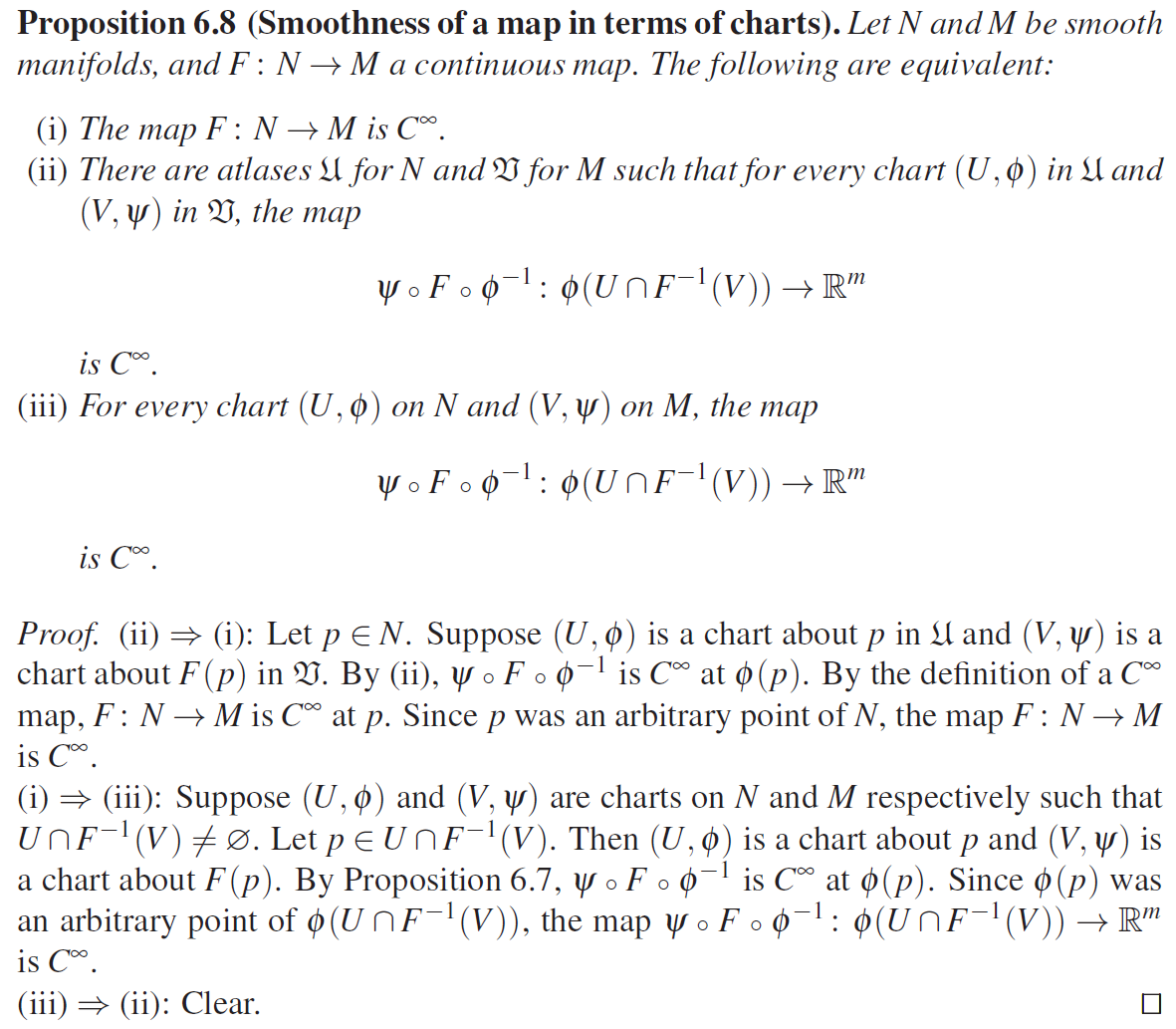 I think the answer in ''no'' since the topological manifold has no intrinsic differentiable structure. Thus you can not define ''differentiability'' both ways. Hence charts can not be diffeomorphisms themselves.

Not the answer you're looking for? Browse other questions tagged differential-geometry smooth-manifolds manifolds-with-boundary submanifold or ask your own question.