A Young diagram (also called a Ferrers diagram, particularly when represented using dots) is a finite collection of boxes, or cells, arranged in left-justified rows, with the row lengths in non-increasing order. Listing the number of boxes in each row gives a partition $\lambda$ of a non-negative integer $n$, the total number of boxes of the diagram. 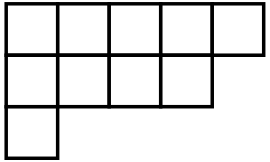 Question: Are there higher-dimensional versions, using cubes, such that the "faces" of the diagram are each themselves Young diagrams?

Here is an example, with three distinct faces, each representing diagrams: 1+2+3+3, 2+2+3+3, and 0+0+4+4. The faces are the Young diagrams on the faces of the cube in this case. It has 6 faces, and three pairs of (up,right,in), each a Young diagram. In 2d, there is only 1 face (1 diagram). In 3d, one has a cube with six faces, but only three are unique diagrams. One diagram in the 3d case is forced from the other two (up,right,up,right....up and up,up,in,in,up lead to the other necessarily being right,right,in,in,right). 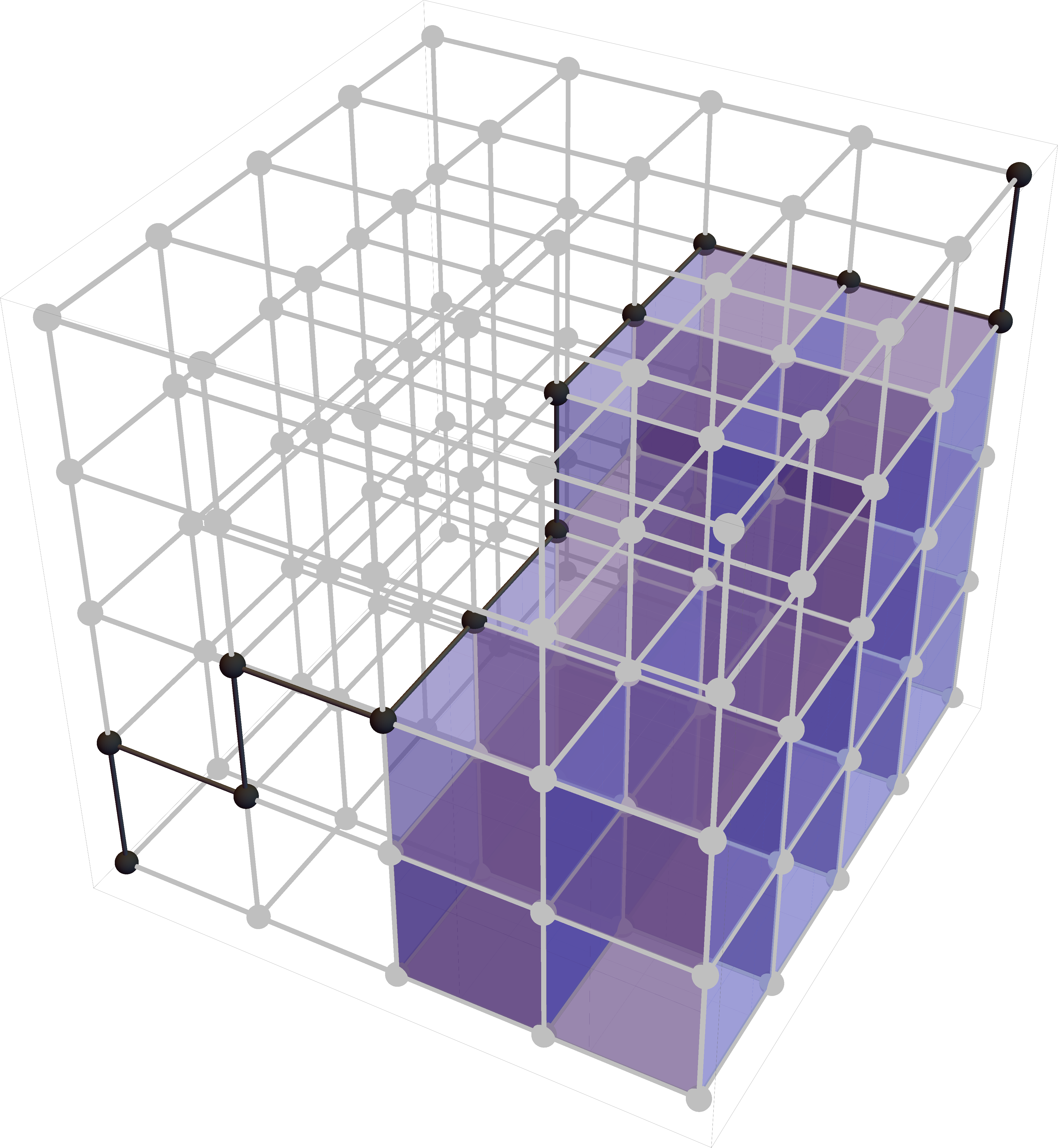 The three dimensional form is called a "plane partition". That is because it can be represented as a histogram, filling the squares of a Young diagram (the base) with numbers representing the height of the column on that square. These numbers are weakly decreasing along rows and columns, just like numbers in an ordinary partition are weakly decreasing. I do not know any name for higher dimensional variants.

3
3D lattice paths and the enclosed “volume” beneath

5
Property of Young tableaux
0
Number of Young Tableaux of size n with a given number of rows and a distinct number of boxes in each row
2
On multiplicity representations of integer partitions of fixed length
2
How to choose $n$ $u$-cubes of different colors so that no two of which are in the same level?
1
Number of partitions of n with Durfee square of size k