What is the importance of an integer sequence like the happy numbers?

I've been looking at the happy numbers which led me to the OEIS and showed me that there are many documented integer sequences. What I don't understand is the importance of these sequences. To me, the happy number just look like an interesting algorithm that you can apply to a number and decide something about it. Does the sequence of happy numbers have a deeper meaning?

To be blunt: most sequences documented in the OEIS are not important. Many of them are, as your tagging suggests, recreational in nature. People have fun thinking about them. But the vast majority of them do not, for example, show up in serious academic research. (Of course, any particular sequence may surprise us in the end.)

Sequences which involve an iterated operation on digits are especially unlikely to show up in research, in my opinion, because digits are not a fundamental property of a number.

My comments on Qiaochu's answer are getting long so I'm going to delete them and expand them into an answer.

Simply put, Qiaochu has the right of it. I just wanted to expand on his answer a bit. :) Most of the sequences in the OEIS are indeed unimportant, and some are only barely even mathematical - consider e.g. A027887, the sequence of legal bids in Skat.

And if you want things really lacking in signficance, skip "dumb" and go straight to keyword "unkn", which includes things like the clearly unimportant A104101 (which hardly seems "mathematical" at all, unlike the bids in Skat, which have a pretty clear formal definition from the rules of Skat). Of course this also includes things like A078686 which may indeed be significant, just not in any way that anyone can currently discern!

I should note, I get the idea that we can to some extent distinguish "recreational" in the sense of "doesn't really relate to anything else and is hard to say much about" (e.g. A005245, to promote something I've done some work on :) ) vs. "recreational" in the sense of "has a totally arbitrary definition and probably falls under one of keywords 'base' or 'word'" (e.g. happy numbers). (Really, you'd think people would at least have the decency to work in base 2. :P Although in the case of happy numbers I guess you need at least base 5 for squaring digits to be interesting.) But the OEIS includes sequences important or unimportant alike. Now, if you want the really important ones, that's what keyword "core" is for... though this doesn't necessarily include everything you'd expect, such as the numerators of the Bernoulli numbers.

Of course, probably the main source of usefulness for the OIES is that if you are working on a problem and get a sequence of numbers you don't recognize, you can look it up there and see if you can identify it with an already known sequence. So while the OEIS certainly contains all these unimportant sequences, you're not so likely to see them unless you're doing something "unimportant" with the OEIS in the first place! I mean, unless they had a hidden significance that nobody realized till now...

The question has been thoroughly answered, I just want to show you why I think the happy number sequence is cool. Here is a graph I generated of all $n<100,000$ connected to the sum of its digits squared. Really beautiful. 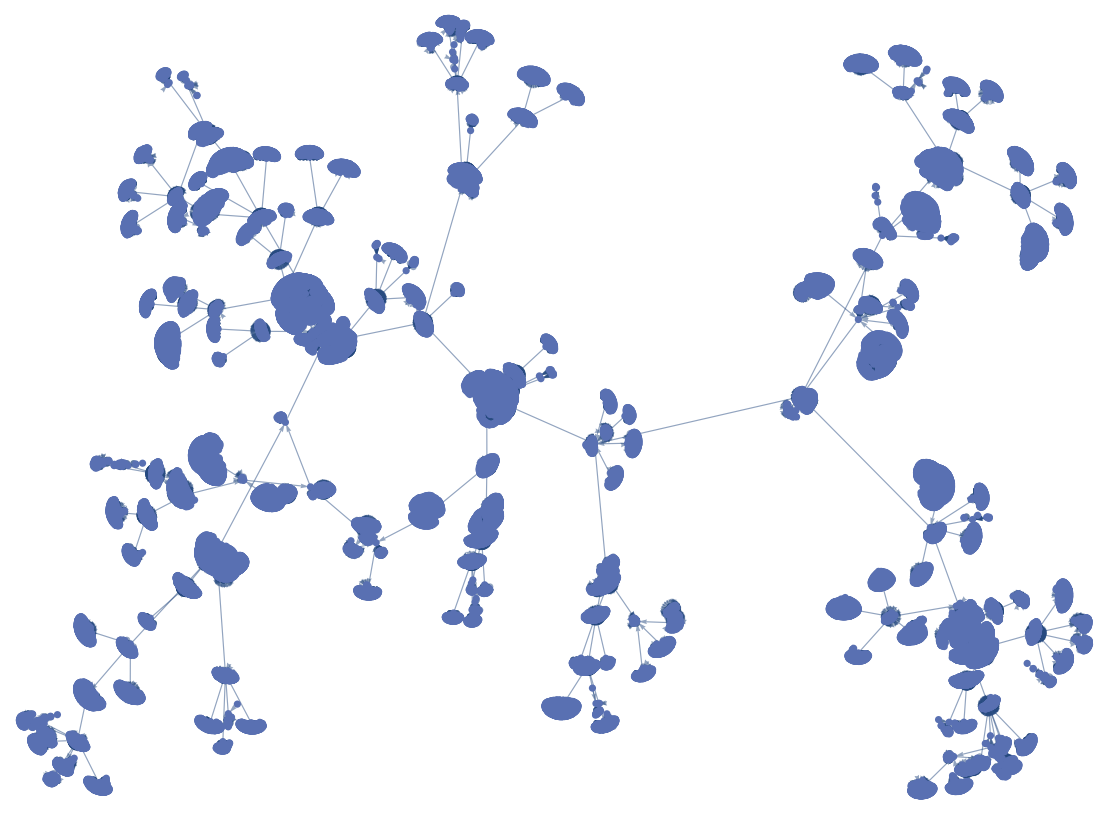 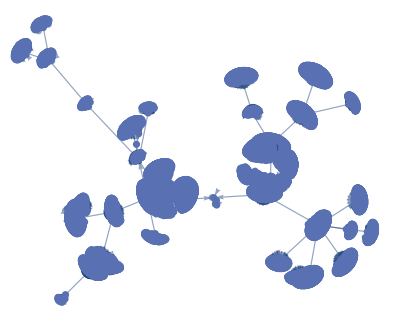 There are at least 10 papers about "happy numbers" listed in Mathematical Reviews, including one in the Journal of Number Theory. This does not put them on a par with, say, the prime numbers, but it shows they have stirred up at least a little interest in the community.

Not the answer you're looking for? Browse other questions tagged recreational-mathematics or ask your own question.

4
Square of digit reversal equals digit reversal of square?
11
On prime numbers of the form $7\times10^n+69$ and the lights out puzzle
1
Comparing the number of real numbers between 2 ranges
6
Are these pointing sequences periodic?
4
Reasoning about the quotients in the Euclidean algorithm
22
What is meant, exactly, by nonrepeating when talking about irrational numbers?