Assuming the relationship I am asking about is obvious to most students, I hope this post is an opportunity for some to have fun exploring a basic question. What I'm wondering about is the relationship to the trigonometric identities I learned about in PreCalculus and the secant/tangent lines that are used to estimate a rate of change at the start of Differential Calculus (or Calc I).

While I am can solve problems using the secant identity, $sec=\frac{r}{x}$, and I understand what it is (the inverse of cosine), I am having trouble connecting the relationship this identity has with the line I draw between two points on a curve, $m_{sec}=\frac{f(x)-f(a)}{x-a}$, also known as the difference quotient.

I'm having trouble finding resources that address my questions directly online. So, any help would be greatly appreciated! I'll put in the time if you can point me in the right direction. Thank you!

The term "secant" and "tangent" have a more general meaning than just the trig function names.

A secant line is a line that intersects a curve in at least 2 distinct points.

A tangent line is a line that only "touches" a curve once.

Similarly, the term $m_{\text{tan}}$ is called this way because it represents the slope of a line which only touches the curve at the point $(x,f(x))$. 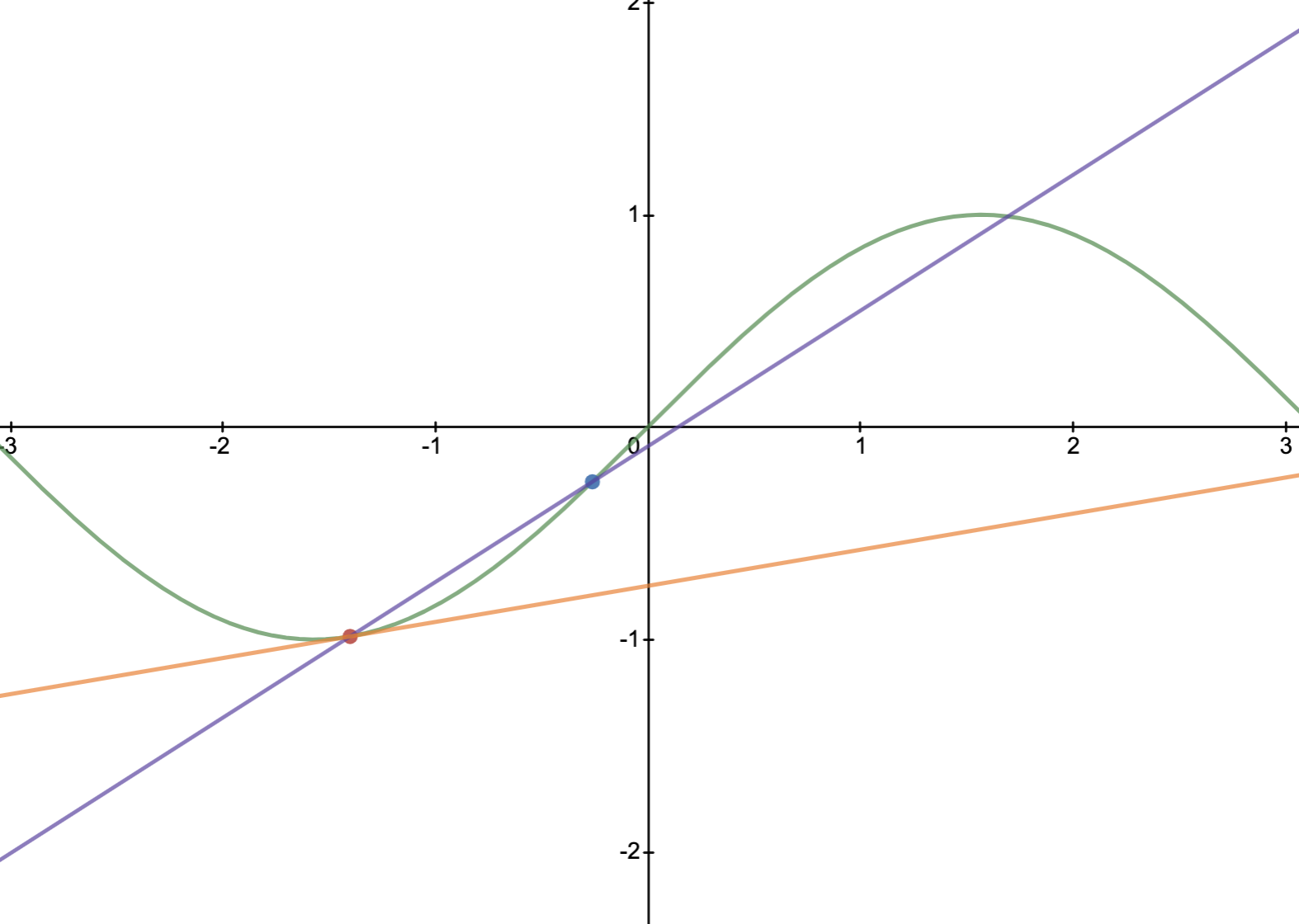 As far as the relation of these definitions of tangent and secant with how they're used in trigonometry, pyon's answer gives the diagram of the visual representation of secant and tangent functions as lines. Here we see that the secant function can be seen as a line that intersects the unit circle in 2 points, and similarly, the tangent function can be seen as another line which only touches the unit circle once.

The names of the trigonometric functions “tangent” and “secant” come from the following red triangle: 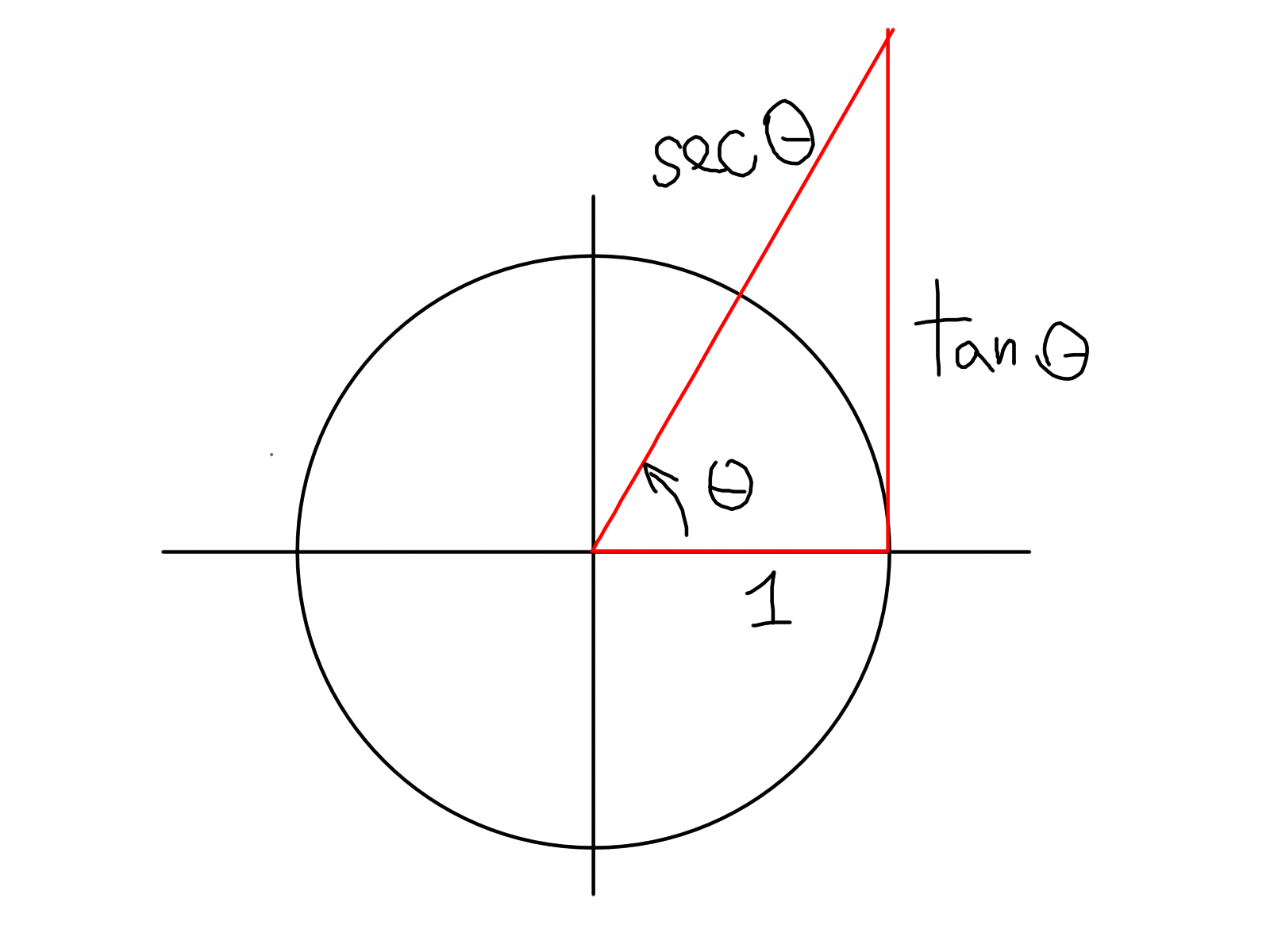 As far as I can tell, there is no relation whatsoever between, on the one hand, the functions $\tan$ and $\sec$, and on the other hand, tangent and secant lines to arbitrary curves.

Not the answer you're looking for? Browse other questions tagged calculus trigonometry limits-without-lhopital tangent-line secant or ask your own question.

7
Why is the line between two points called the line of the "secant"?
1
Power of tangent is odd and positive- integration
2
Prove $1 + \tan^2\theta = \sec^2\theta$
0
$ \frac{dy}{dx} = \tan(a) $ ; the derivative of a circle at a point (tangent) with respect to $y$ and $x$
1
Inverse tangent in relation to sine and cosine
1
Is there any relation between the tangent to a curve and the trigonometric $~\tan(x)~$ function?