Zermelo–Fraenkel Set Theory is a system of axioms for describing set theory.

Suppose we assume the following: 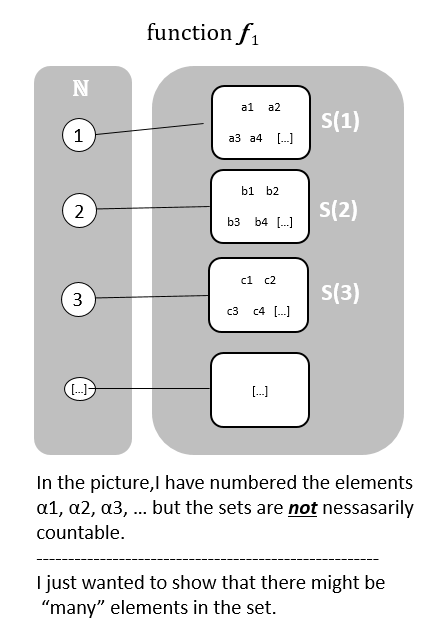 Can we then show that the following also exists? 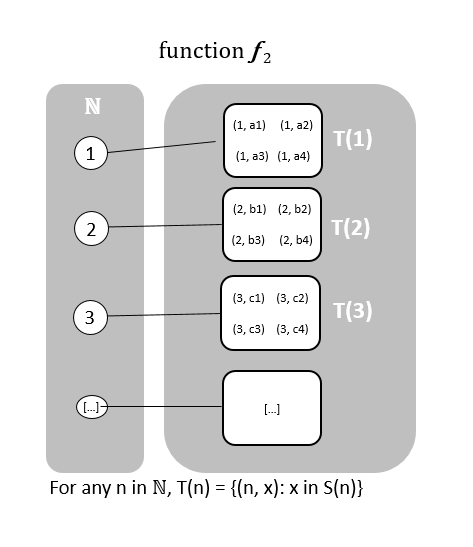 By "function" we mean that:

My question is, "Is my conjecture provable using only Zermelo–Fraenkel Set Theory (ZF) and basic logic?" The conjecture is obviously true, but is it provable in ZF?

As it is now written, $f_2$ is functional; it's also injective. It obviously exists since it's a subset of $\mathbb{N}\times \mathcal{P}(\mathbb{N}\times B)$, which exists for any $B$; it's not clear what you mean by "well-defined", but if you mean whether there's such a thing as $f_2(k)$ for any $k$, then the answer is yes, regardless of whether $f_1(k)$ is non-empty or even defined.

TL;DR, At no point is Choice even a useful axiom to apply, much less a necessary one.

By the way, you somewhat puzzlingly say the following in your conjecture:

The second part of this conjunction either begs the question of why you're writing a functional expression if you don't know if $f_2$ is a function, or it's entirely redundant because that's just what $f_2$'s definition already says in the first conjunct.

Not the answer you're looking for? Browse other questions tagged functions elementary-set-theory logic relations first-order-logic or ask your own question.

3
Given a set $A$, how do I prove that there exists a set of all sets $x$ such that $\bigcup x=A$?
3
NBG conservative extension of ZFC?
5
Bourbaki's definition of truth
5
Finding a lower bound on possible derivations for a contradiction within a theory like Zermelo–Fraenkel set theory
2
I am trying to understand how sets are generally defined using ZF set theory.
4
Are there elements of sets that are no sets in Zermelo Fraenkel Set theory?