Say we've got some vector field which at every point indicates the instantaneous velocity of a particle moving through that point.

I'm trying to gain some intuition for what the possible trajectories for particles would look like in the cases that this vector field has zero divergence, zero curl, or both...

There's GOT to be something special about the trajectories in such vector fields... I'm still having trouble wrapping my head around divergence and curl...although, I think intuitively understanding possible trajectories will help.

As for my background...I have not taken differential equations, and am just about done with an introductory course on multi-variable calculus.

After receiving some answers and hints, I'd like to write out some of my thoughts...

There are many possible ways to interpret such a vector-field: ie, an acceleration, a force...etc...but, lets focus on these two interpretations: 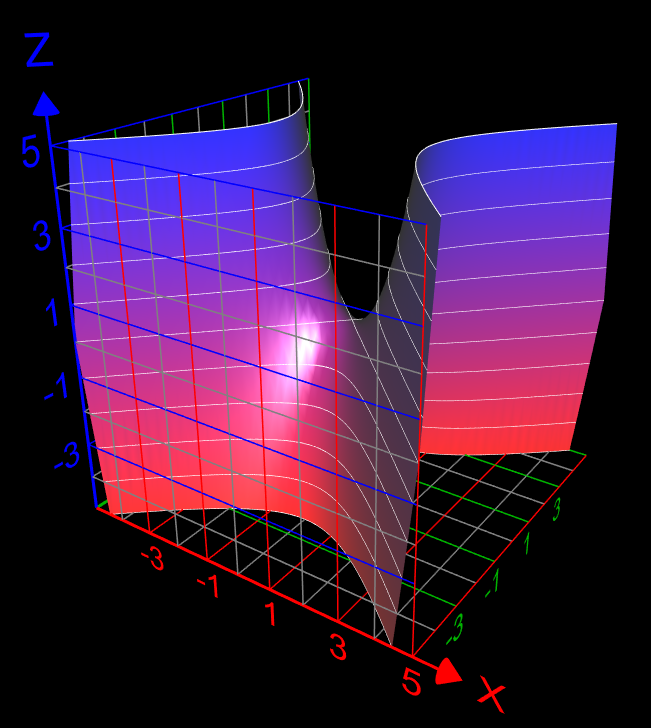 As I understand it, the fact that $\vec{F}$ has no curl means that it can be the gradient of a function in the first place, because a line-integral in a closed circle is zero.

As for what it means for the divergence to be zero everywhere...well, the divergence of the gradient is the Laplacian of the original function. It means that the function is harmonic, so that at each point, the "bending" is equal in all directions. If this function represented some stretched surface, no point would have any reason to bend, because the force on any point would cancel out from the points around it.

Those are both beautiful and intuitive results...but, that wasn't what my question was driving it.

In that case, integral curves (flow-lines) starting from some point $(x_0,y_0)$ would look like:

And as for those flow-lines...I have absolutely no intuition what's special about them, coming from the fact that the divergence is zero, or that the curl is zero. These are what I wish to understand!

Here are a few things for you to prove to yourself:

(1) Fundamental Theorem of Calculus for line integrals. (2) Divergence Theorem in two dimensions. For my follow-up question in (1), remember that if $\vec F$ is (continuously differentiable and) conservative, then $\text{curl }\vec F = \vec 0$. But there is a famous example where the converse of this fails.

This is more of a long comment than an answer:

For the divergence free case, there is an important consecuente, although is not a property of any integral curve in particular, but of them as a whole. Lets consider $\Psi(t,x)$ the flow of your vector field, that is $$ \partial_t \Psi(t,x) = u(\Psi(t,x)) $$ $$\Psi(0,x) = x $$ so if we fix $x$, $t\rightarrow \Psi(t,x)$ is the integral curve of $u$ starting at $x$. Then the condition of $u$ being divergence free is equivalent to $\Phi(t,\cdot)$ being measure presserving, for every $t$ where it is defined.

Regarding to the zero curl case, i would just ad that regardless of the topology, we can always say that at least locally $u$ is the potential of some function $\phi$ (because we have simply connected neighbourhoods), alternatively we can find a global potential but it will be multi valued.

Not the answer you're looking for? Browse other questions tagged ordinary-differential-equations multivariable-calculus vector-analysis intuition vector-fields or ask your own question.