How does Schwarz reflection principle work for a geodesic triangle inside the unit circle?

I am trying to understand section 4.7 of A course in complex analysis and Riemann surfaces by Wilhelm Schlag.

The goal is to find a covering map from the unit circle to the twice punctured plane. Schlag starts off by defining a geodesic triangle inside the unit circle such that the interior angles are zero. Something like this: 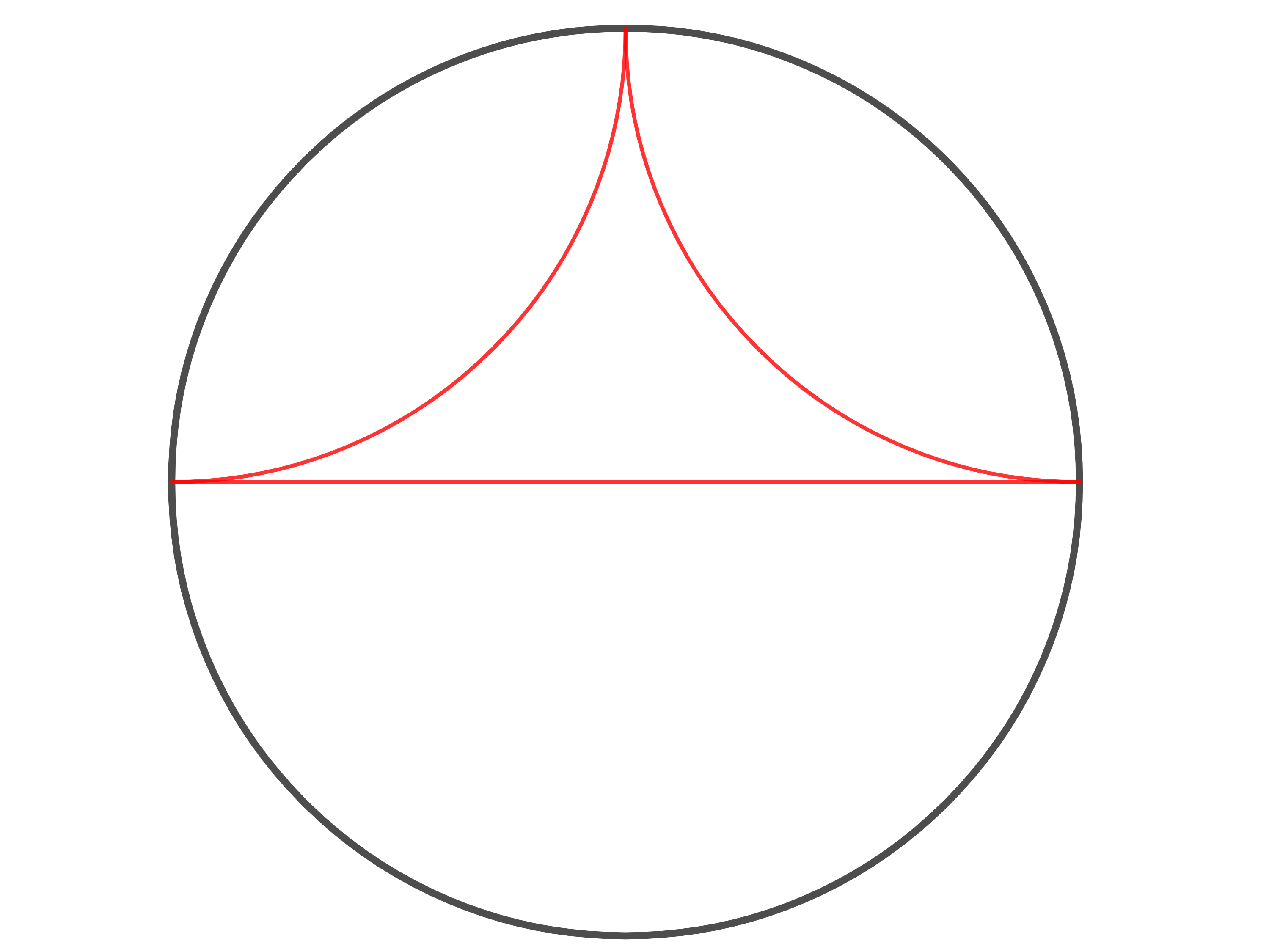 He then wants to extend this map to the whole disk by reflecting over the sides of the triangle. Which looks like this when we reflect over a single side: 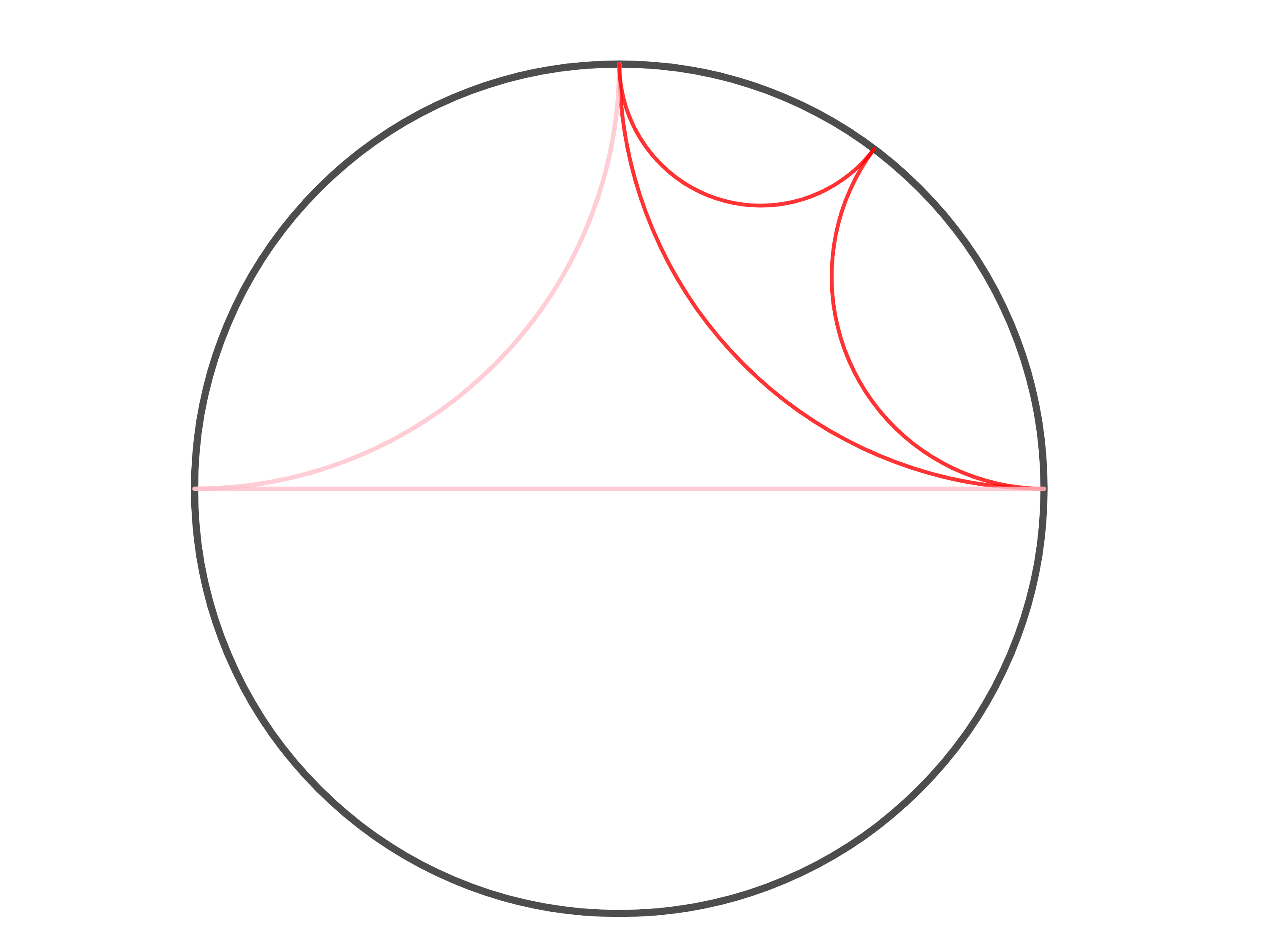 He does this by applying Schwarz' reflection principle. I have however only seen this for the half plane and am unable to find it in a more general setting. He then claims that the conformal map constructed earlier can be extended analytically to the region given by the reflections over all sides. But then he also claims that the image of this extended map is $\mathbb{C}\setminus\{0,1\}$. I am a bit unsure how to use the principle let alone by what formula it is given. Could anyone explain to me why we can use it in this case and how this extension is given?

It is easy enough to find a parametrization of the reflection of this image triangle through the vertical edges. A way to do so is to add $2$ to the edge running along the positive imaginary axis, and subtract the semicircle from $2$. (A way to reflect along the other vertical edge is to negate the real parts of all three.) This gives another "triangle" in the upper half plane. Then we apply $f^{-1}$ to get another triangle in the disk.

If we keep flipping to the right in the image plane, we pull back to more triangles in the disk.

If we flip the image triangles to the left, we fill in on the other side.

Maybe you're anticipating that we will use Schwarz reflection to fill in the lower half disk in the domain. No, that region corresponds to the semicircle missing from the strip with real parts between $0$ and $1$ in the image plane. One way to fill it in is to change our parametrization so that the edge from $-1$ to $1$ has a vertical image and then follow the above procedure. Here's an easier way: just reflect the parametrizations of the three original triangle edges through the real axis, push them through $f$ and see that this triangle lands in the particular semicircle.

Hopefully you can see that we fill the disk with these triangles and fill the upper half plane with their images.

What does this have to do with Schwarz reflection? Well, we need a map on the whole complex plane, not just the unit disk. It's easy enough to reflect the image plane through the real axis. Then apply $f^{-1}$ to get the map on the outside of the disk.

Perhaps it is clear that each triangle in the disk has been reflected through the unit circle to a triangle on the exterior of the disk. Interestingly, the last triangle we got (in the lower half of the disk, mapped through $f$ to the semicircle at the bottom of the strip with real part between $0$ and $1$) has the two edges in the third and fourth quadrants and its third edge is the rays from $1$ to real $\infty$ and from $-1$ to real $-\infty$.

What about the "twice punctured plane"? Notice that really everything we have done above has been working on the Riemann sphere. When you puncture the Riemann sphere once, (by translation we can make any point be the deleted point, so let's decide to delete $\infty$) we get the complex plane. Puncture it two more times and you get a twice punctured plane, a.k.a, a thrice punctured sphere. Where are the three punctures (which correspond to nonremovable singularities of our map extended to the complex plane)? They are at $-1$, $1$, and $\mathrm{i}$.

It is immediate to see that $f$ has a problem at $z = \mathrm{i}$ since it is undefined there. For $-1$ and $1$, there's more work, which I think I recall Schlag discussing. (It's been a few years, so I may conflate other reading from the same time.)

Not the answer you're looking for? Browse other questions tagged complex-analysis riemann-surfaces covering-spaces or ask your own question.

19
The Schwarz Reflection Principle for a circle