Let $ABC$ be a scalene triangle. $I$ is incenter. Common point of inscribed circle and $BC$ is $E$. $AF$ is angle bisector. If circumcircles of $ABC$ and $AEF$ meet at $A$ and $D$, then prove $∡ADI=90°$. MY TRY: I chased angle. And got little value of result. I have found out $∡CDE=∡EDB=∡BAF=∡FAC$. And other than this I can only tell $ABCD$ and $ADEF$ are circumcircle. 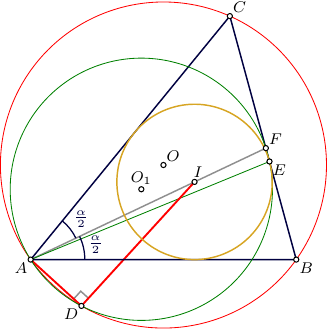 Something is definitely wrong with the question. 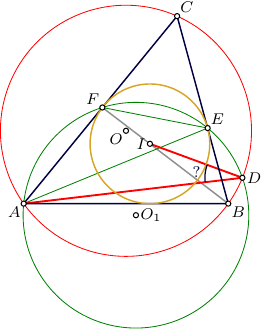 clearly illustrate that $\angle ADI$ is not anywhere near $90^\circ$.

The problem in the OP can be stated equivalently in the form: The circles $\odot(ABC)$, $\odot(AEF)$, and the circle with diameter $AI$ have a common chord. (Which is $AD$ in the OP.) The first and the third in the list are "simpler" (for my taste, they depend on "simpler points"), so let $D'$ be their intersection, let us try to show that the third circle, $\odot(AEF)$ also passes through $D'$. (So $D=D'$ in the final.)

As it often happens in problems involving essentially the centers $O,I$ (of the circumcircle and the incircle) of a triangle, the following constellation of points is useful: 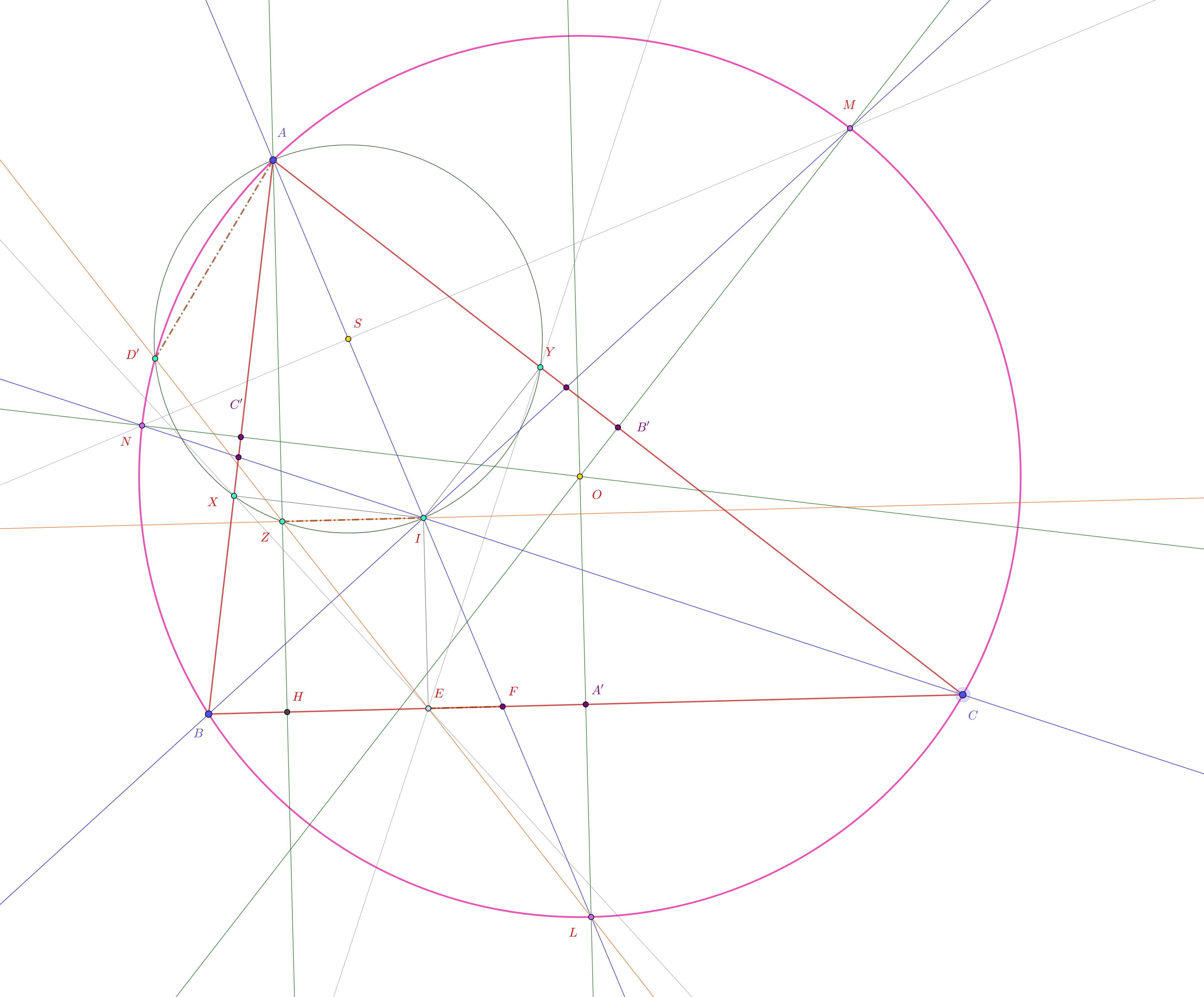