Geometry problem involving a cyclic quadrilateral and power of a point theorem?

It looks like a pretty interesting problem that could be solved by power of a point theorem, because they are a lot of line segments we can use to compute. But I didn't go very far. 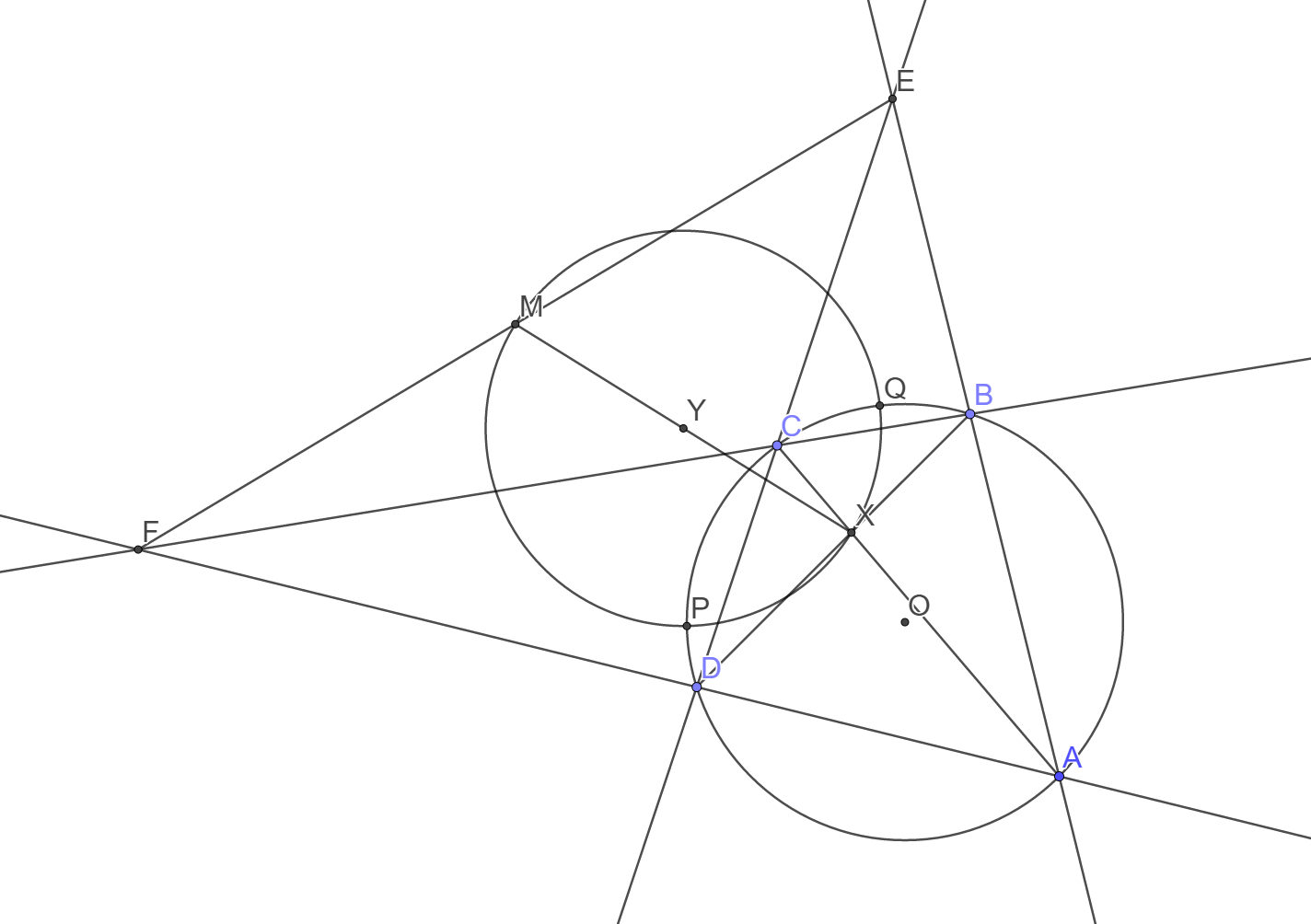 Below is a "full" solution to the problem. A hint, if you don't feel quite ready to see the solution yet, is to consider the Miquel point of the complete quadrilateral $ABCD$.

Lemma 1 (Miquel Point of Cyclic Quadrilaterals): Let $Z$ be the intersection of lines $OX$ and $EF$. Then $Z$ is the miquel point of the complete quadrilateral $ABCD$. In particular, $Z$ is the image of $X$ under inversion with respect to $\gamma$.

These two facts turn out to be sufficient in explaining the tangency in the question as follows:

Said in another way: the tangents from $O$ to $\omega$ are exactly the lines $OP$ and $OQ$.

Now you may realise that this is rather similar to what we want to prove, that is, the tangents from $Y$ to $\gamma$ are the lines $YP$ and $YQ$. It turns out that these two statements are actually equivalent. You may try to prove it yourself. The configuration is called orthogonal circles. At any rate, this explains the problem posed in the original post.

All of the concepts/lemmas that I have used are defined/proven thoroughly in chapters 8 to 10 of Evan Chen's Euclidean Geometry in Mathematical Olympiads . It is a good introduction to many of the more advanced techniques used in olympiad geometry, and I wholeheartedly recommend it if you are preparing for maths olympiads. 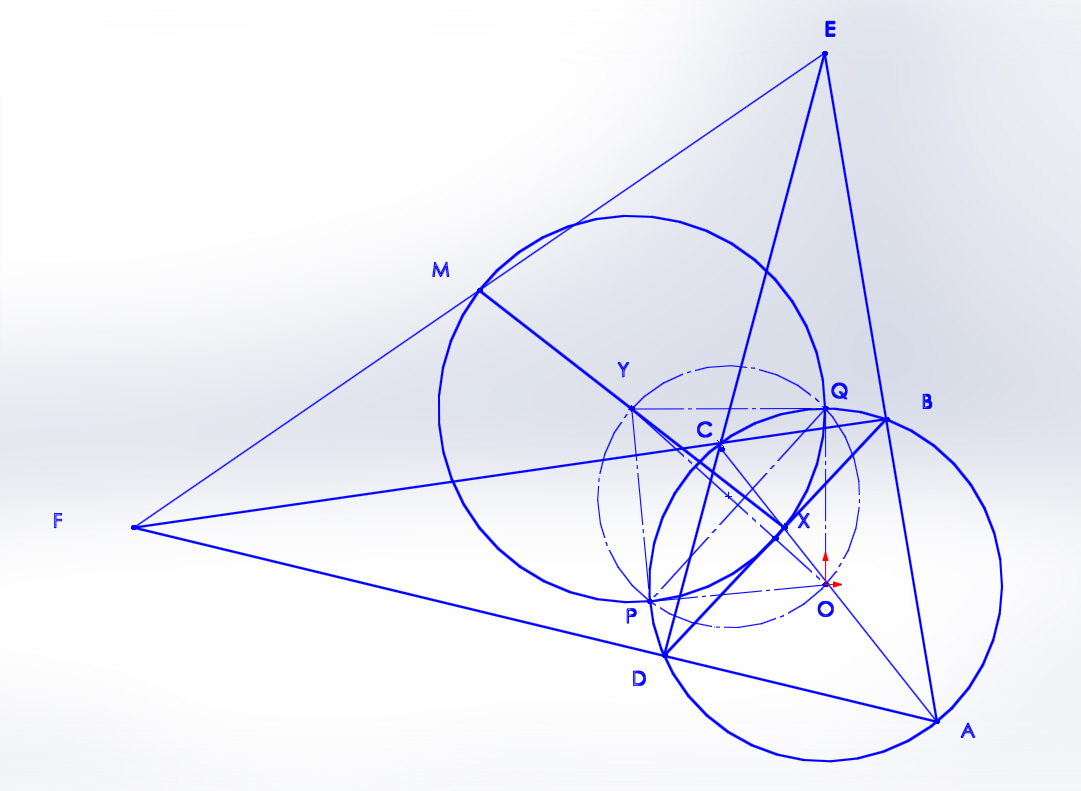 As can be seen in the figure:

Therefore triangles YPQ and OPQ are isosceles and consequently YO is perpendicular on PQ. PQ is the common chord of circles centered at Y and O, but YO is not perpendicular on PQ. Now we use the fact that if two Chords of two intersecting circles are perpendicular the line connecting their centers is perpendicular on their common chord. This means PQ can be the common chord of a circle centered at O and another circle passing P, Q and O. Now if Y is on this circle then YO or PQ must be the diameter of this circle. PQ can not be the diameter because circles centered at O and Y are not equal. This is a fact that if two equal circles intersect such that each one passes the center of the other ,then the measure of their common chord is equal to the radius of circles and also equal to the measure of line connecting their centers, in this case both common chord and center connector can be the diameter of third circle passing intersections and centers.This is possible if the ABCD is regular.We can conclude that YO is the diameter of a circle passing P, Q, Y and O, hence $\angle YPO=\angle YQO=90^o $ and YP and YQ are tangents on circle centered at O.

Not the answer you're looking for? Browse other questions tagged geometry euclidean-geometry plane-geometry or ask your own question.