Prove that there exists a bivalent set $B$ disjoint from $H$, such that $G\subset B$.

Note: if the exercise just asked for $B$ to be an $F_\sigma$, the proof would be immediate (just take the complement of $H$, which is $F_\sigma$.

One observation in DST states that under certain hypothesis, if every union $A\cup B$ of sets in $\Gamma$ can be reduced (written as a disjoint union of respectively smaller sets, also in $\Gamma$), then $\check\Gamma$ has the separation property: disjoint sets in $\check\Gamma$ can be separated by sets in $\Delta$. These results are stated in DST for metrizable spaces, but for $\Gamma = F_\sigma$ over $G_\delta$ spaces this works. Check Kechris' book for more on this.

Therefore, I'll show that a union of $F_\sigma$ sets can be reduced, and this easily implies your exercise. Fix two $F_\sigma$ sets written as increasing unions $$ A = \textstyle\bigcup_h A_h \qquad B = \bigcup_n B_n $$ where $A_h,B_n$ are closed. The key observation is that

the difference of two closed sets is an $F_\sigma$ set. 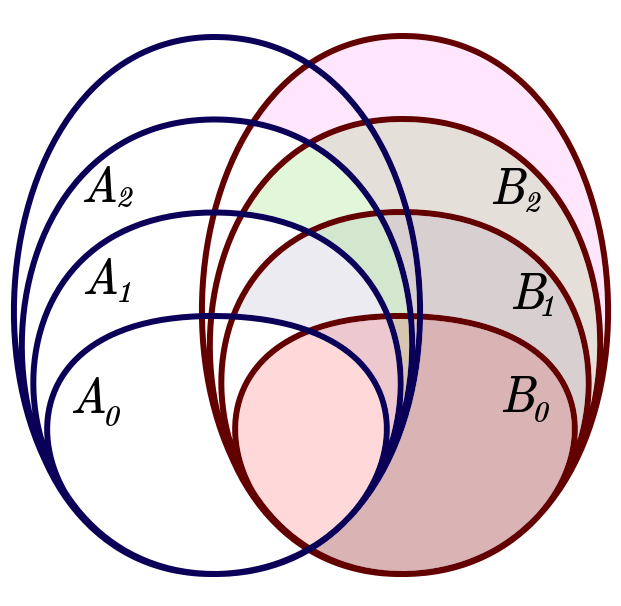 Not the answer you're looking for? Browse other questions tagged general-topology descriptive-set-theory or ask your own question.