I've come across a geometry proof which seems like it should be easy, but I'm struggling with it:

Suppose you have a convex quadrilateral $ABCD$ whose diagonals intersect at $E$. Given that angles $ABC$ and $BCD$ are congruent, and the two "legs" of the diagonals $EA$ and $ED$ are congruent, show that the sides $BC$ and $AD$ are parallel (that is, show that this quadrilateral is an isosceles trapezoid). (If this cannot be proven, please explain why or give a counterexample.)

Can we work with the following fact? 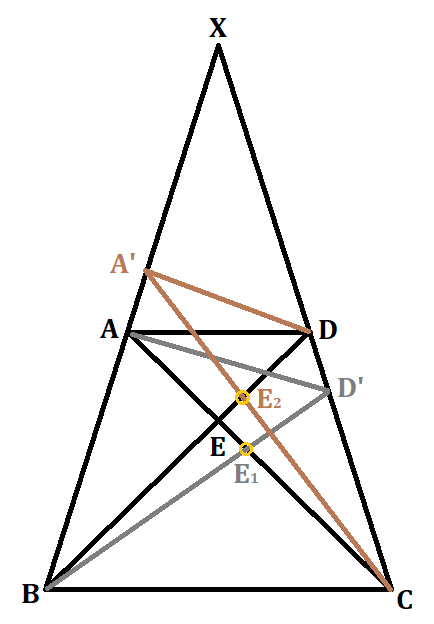 Assume these circles do not coincide: $\C_A\ne\C_D$.

Since the circles intersect at points $B$ and $C$ one of them is inside the other in the upper half-plane (the half-plane created by the line $BC$, where the points $A$ and $D$ are situated). Without loss of generality we may assume it is the circle $C_D$. This means that $D$ is an inner point of the circle $C_A$ (see figure).

Thus, the assumption $\C_A\ne \C_D$ was false, and the quadrilateral $ABCD$ is in fact cyclic. The conclusion $AD\parallel BC$ follows immediately. 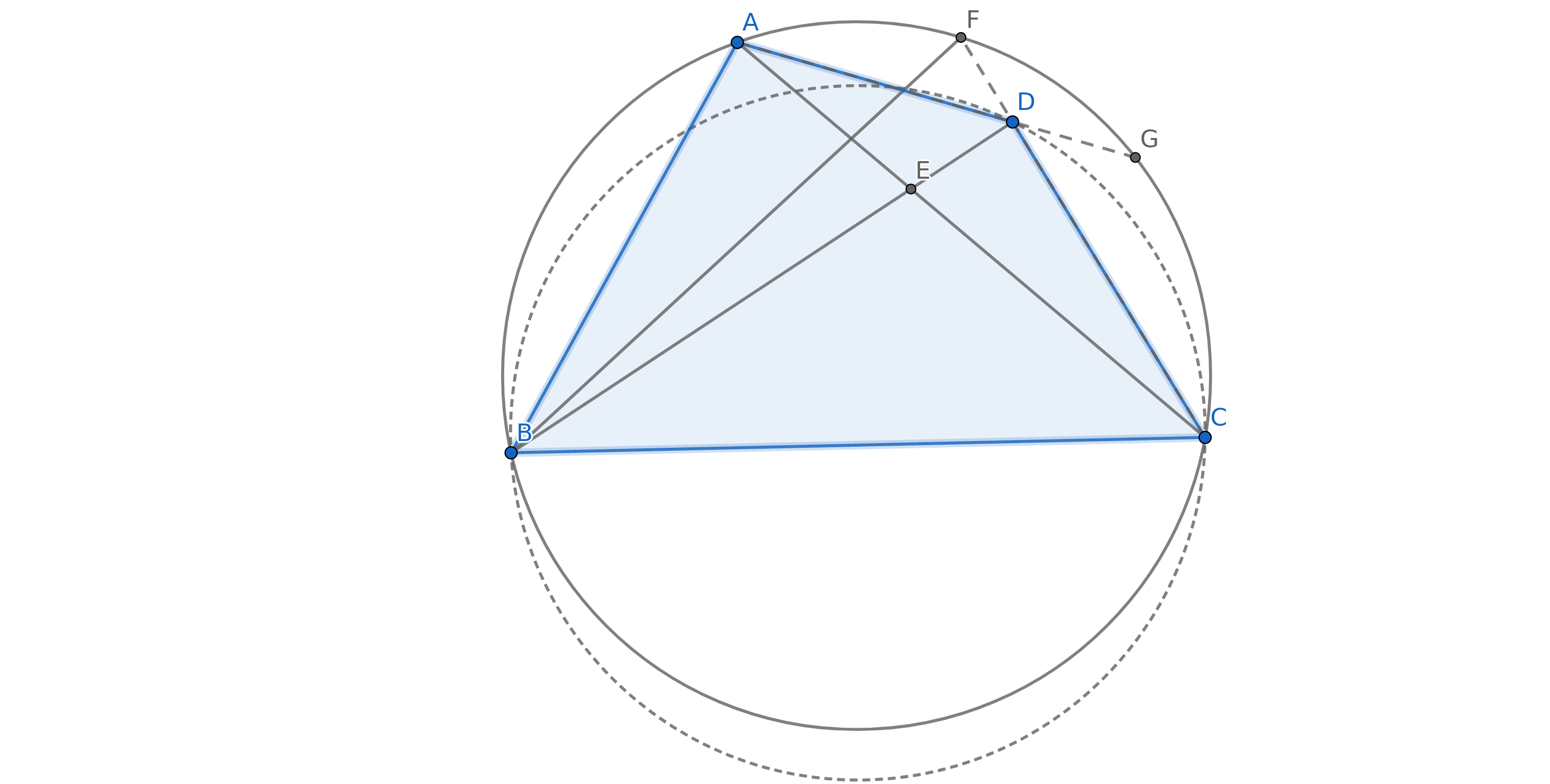 Not the answer you're looking for? Browse other questions tagged geometry proof-writing euclidean-geometry or ask your own question.