One of the most surprising combinatorial formulas I know of counts the number of LEGO towers built from $n$ "$1 \times 2$" blocks subject to four rules: 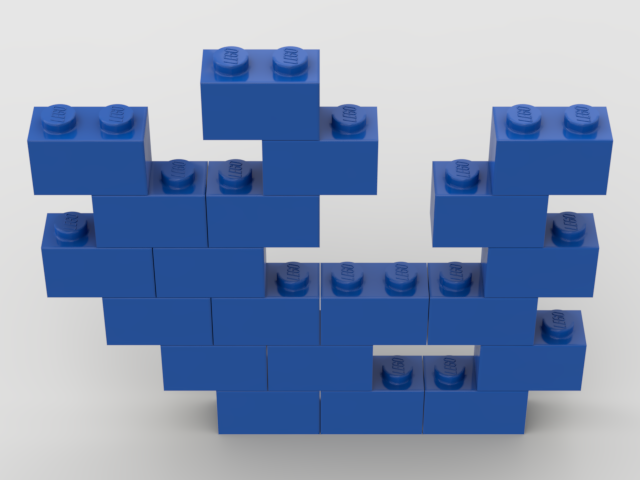 On page 26 of Miklós Bóna's Handbook of Enumerative Combinatorics, the author states the combinatorial formula (!!):

The formula was first proven in 1988 by Gouyou-Beauchamps and Viennot.

While writing up a short essay on this fact, I became interested in what happens when you relax some of the rules.

In particular, for the small values I checked on the computer, removing the second rule ("Each brick is offset by 1 stud") appears to result in $4^{n-1}$ towers with $n$ bricks.

I imagine this result exists in the literature, and I was hoping MSE could help me find it. If it hasn't been written down anywhere, I was hoping for insight for how to adapt Bóna's proof into this new setting.

Your result $4^{n-1}$ is correct. Bóna's proof goes through with a single modification. In the last step that counts the half-pyramids, there is one more option: A bottom brick with a half-pyramid on it whose bottom brick is directly on top of the bottom brick.

Not the answer you're looking for? Browse other questions tagged combinatorics reference-request recreational-mathematics discrete-geometry statistical-mechanics or ask your own question.