Maximum area of the triangle formed by the chord

Let $OA$ be a semi-diameter of the ellipse and the tangent at $B$ be parallel to it. It is evident (see figure below) that the area of any other triangle with the same base $OA$ and its third vertex on the ellipse cannot be greater tan the area of triangle $OAB$. 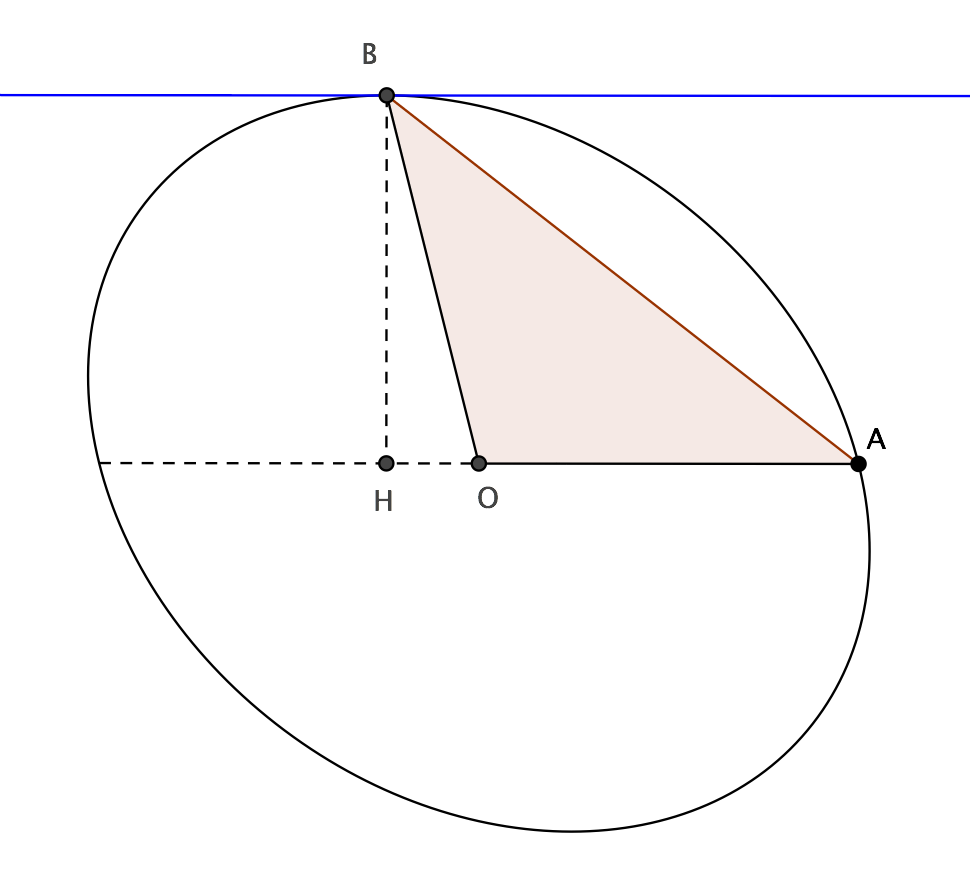 Not the answer you're looking for? Browse other questions tagged triangles conic-sections polar-coordinates or ask your own question.

4
Property of ellipses involving normals at the endpoints of a focal chord and the midpoint of that chord
1
Ellipse and chord length
1
How do I derive the equation of the chord of a conic in polar coordinates?
2
Locus of the midpoint of the chord of contact of orthogonal tangents.
4
Maximum area of triangle inscribed in an ellipse
1
If a variable chord of the hyperbola subtend a right angle at the centre, find the radius of the circle it is tangent to
0
From a point perpendicular tangents are drawn on the ellipse $x^2+2y^2=2$. The chord of contact touches a circle concentric with ellipse...
2
Variable pairs of chords at right angles are drawn through a point $P$ (with eccentric angle $\pi/4$) on the ellipse.
1
$PQ:2x+y+6=0$ is a chord hyperbola $x^2-4y^2=4$, and $R=(\alpha,\beta)$ with $\alpha^2+\beta^2-1\leq0$, such that area of triangle $PQR$ is minimum.
3
Maximum distance between mid-point of chord of ellipse