I have been writing some code to do some interpolation of 2D data on an irregular grid. So far what I have done is: 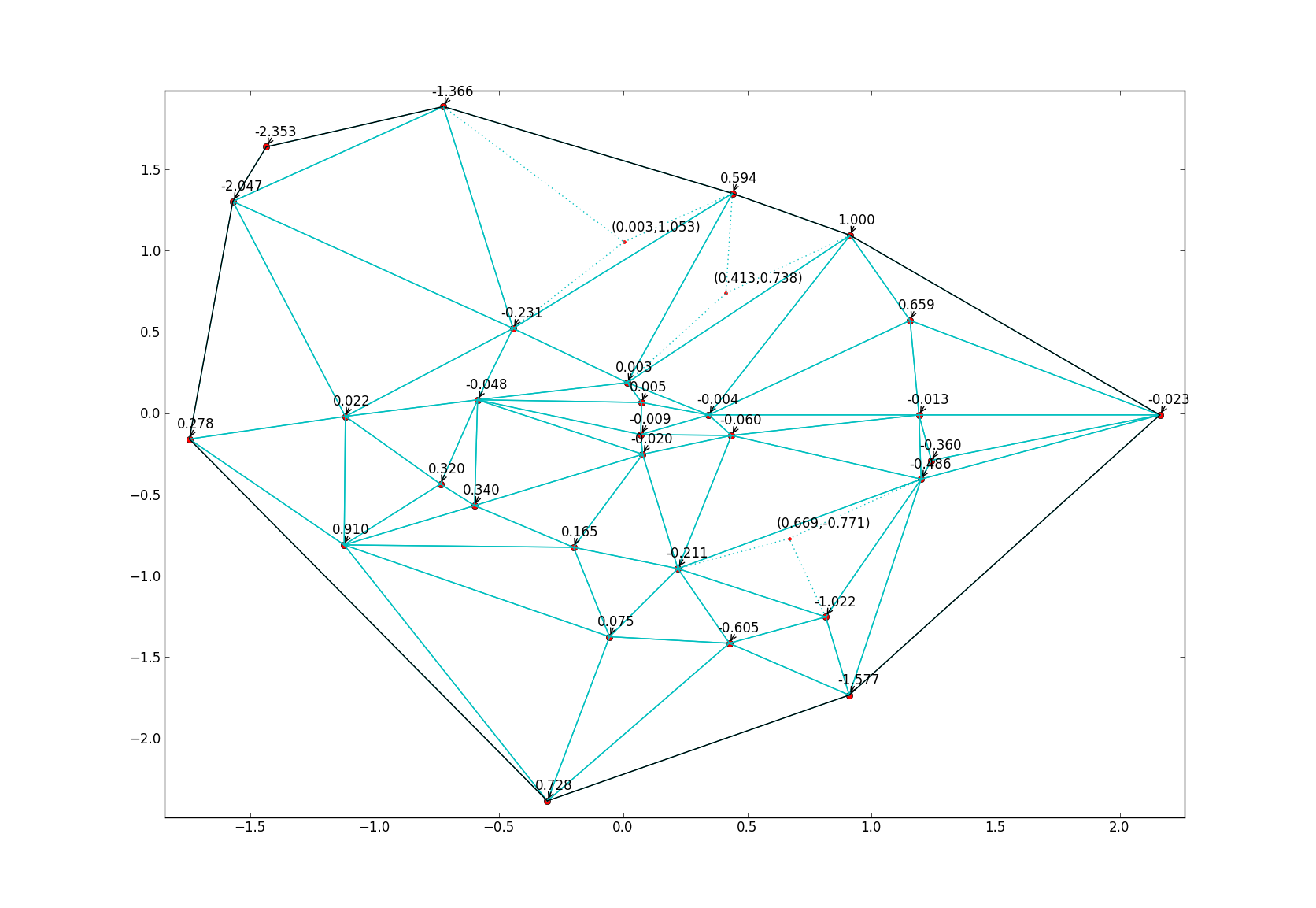 The black lines - convex hull. The cyan solid lines - delaunay triangulation. The dotted cyan lines connect the points to interpolate with the vertices of the triangles they lie with-in.

So the question is how would I go about doing bi-linear interpolation instead, or maybe there is a better approach?

Please note I am not a mathematician so forgive me if I have use any terminology incorrectly.

You could use Cubic Hermite Splines to interpolate the values at the vertices. The interpolated points will be linear in the 1st order (connect along the edges), but not in the 2nd order since the surface through each triangle's vertices is underconstrained.

Wikipedia gives a 2d case. For the 3d case you need to compute the weighted sum of 10 control points. The weight is given by the Bernstein function, generalized for a barycentric coordinate zyx:

Generate 6 additional control points, by using the normal at the vertices to compute two slopes along each edge. The normal can be computed from all neighbours of every vertex. These control points (for instance A+dA/3, where dA is the slope at A along the edge to B) are multiplied by Bernstein function B210 and so on, analogous to the 2d case on wiki.

Not the answer you're looking for? Browse other questions tagged geometry computational-geometry interpolation triangulation or ask your own question.

4
Geometry - optimal 2D mesh between X expendable points
3
Number of triangles in a triangulation
1
Interpolation using barycentric coordinates of a triangle
0
Triangulation to maximize the number of triangles, including those with points inside
0
Triangle within concave polygon.
2
Triangle interpolation with 6 control points?
4
"tessellation" of set of points in 2D with convex polygons