A term for a unimodal function similar to $\exp(-x^2)$ 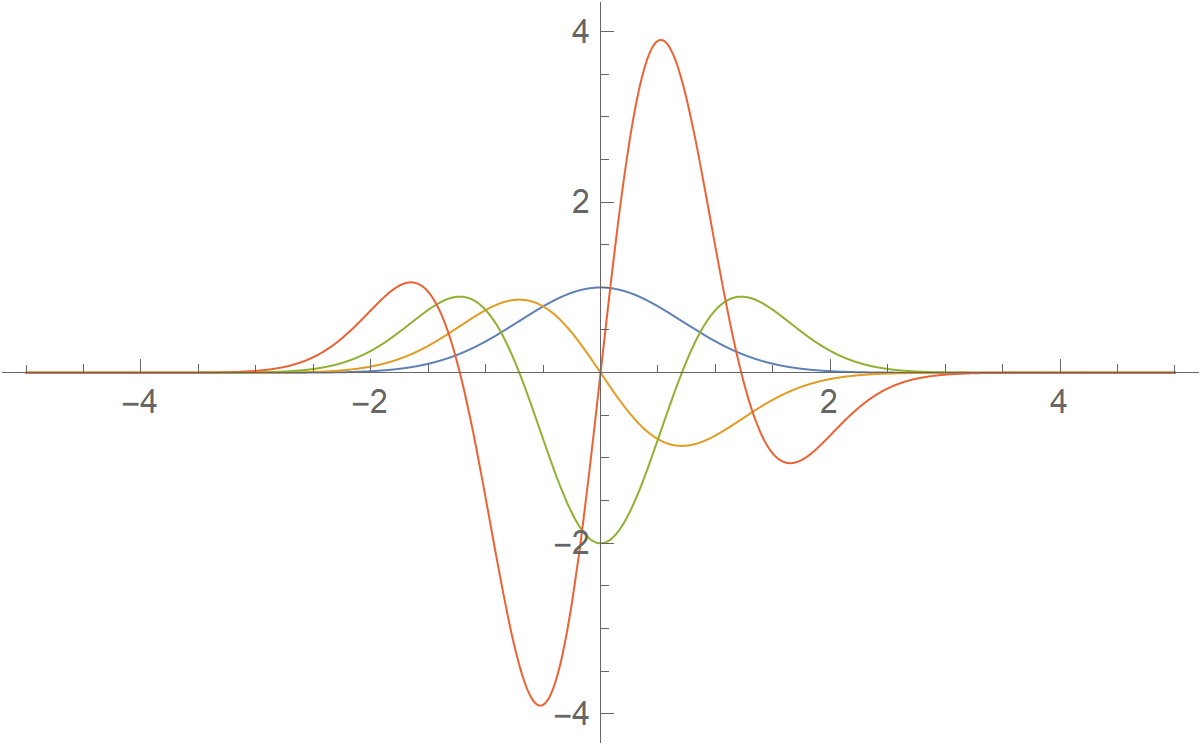 A negative example of a unimodal function that does not fit these criteria is $f(x)=1/(10+x^4)$. Its derivatives have too many extrema. 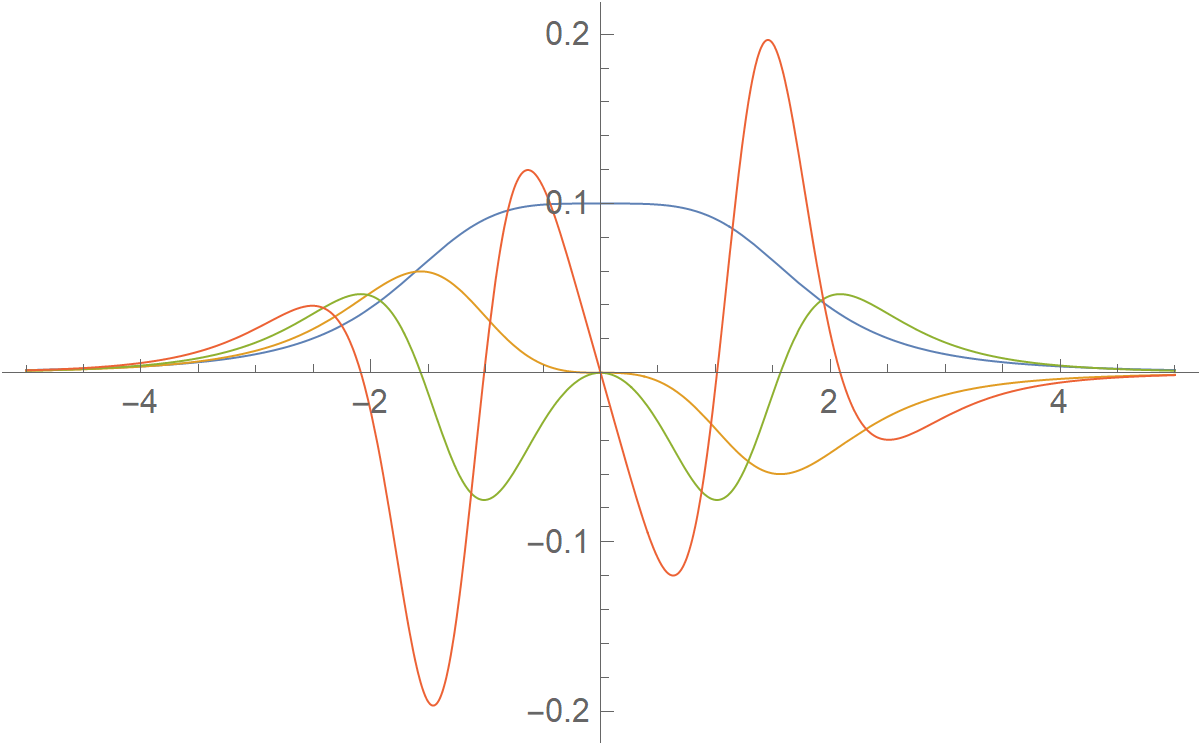 Another negative example that shows that the number of extrema can grow exponentially (with respect to the order of a derivative) is the Rvachev function $f(x)=\operatorname{up}\left(x/4\right)$. 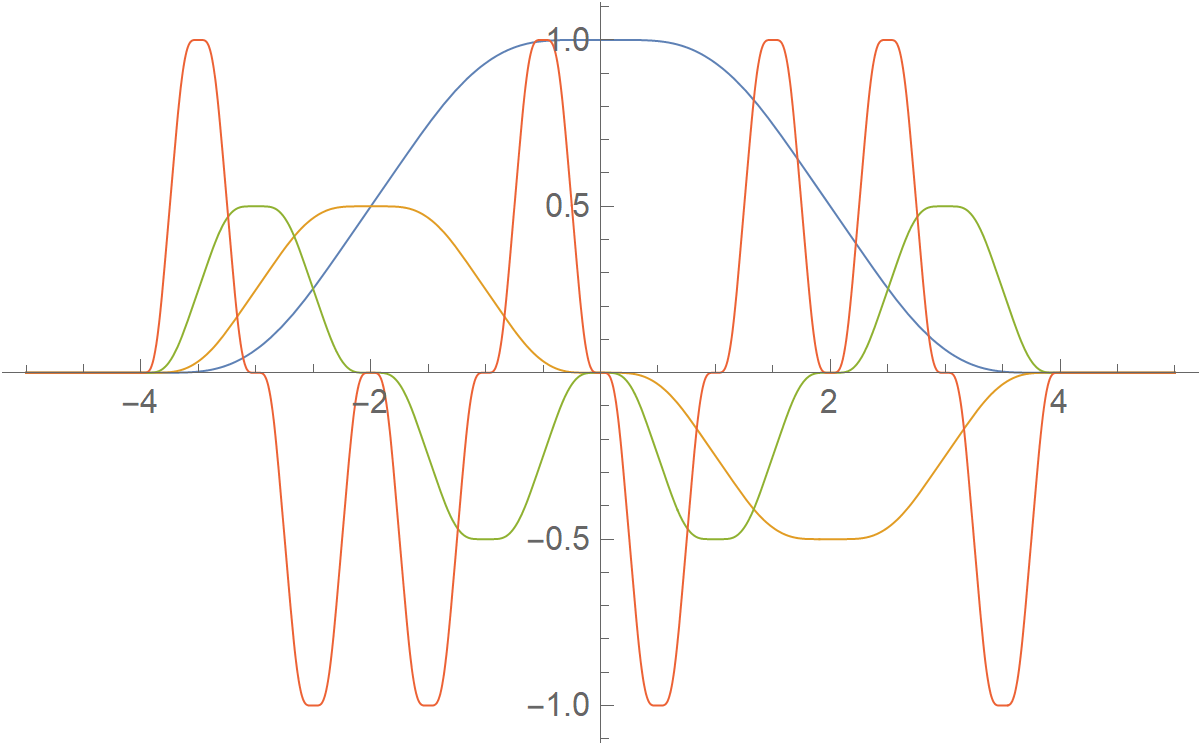 I am sure better answers exist, and they would be most welcome indeed!

For now, since no one has been able to answer yet, and the user has now written that if there's no answer, they would like to know a "closely related classes of functions", I am providing my best attempt below. 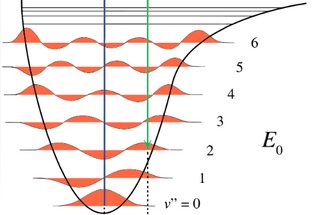 The "harmonic oscillator" can be considered an approximation to the Morse potential (as in the image below): 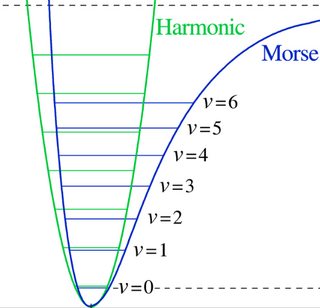 The $v=$ eigenfunction of the Morse function is given by $\Psi_n(z)$:

where $n=v=0$, $\lambda$ is a positive constant, and $x$ and $x_e$ denote the variable on the abscissa axis and its value at the global minimum of the Morse potential respectively.

Therefore, a closely related function to the kind you describe, is the generalized Laguerre polynomial given here, in the $n=0$ case. The lowest eigenfunction $\Psi_0(z)$ of a Morse potential, might be a sub-class of the final answer you're seeking, and a super-class of the functions you have already proposed (Gaussians).

The Gaussian term looks as a single solution.

In particular, from an analysis of the parameters of the Rodrigues formula for classical orthogonal polynomials, only a Gaussian base function allows an additional factor in the form of a constant.

Not the answer you're looking for? Browse other questions tagged real-analysis derivatives terminology definition maxima-minima or ask your own question.

3
The maximum of a function of a single variable where all derivatives $f^{(n)}=0$ for $n\le 2$?
3
Definition of a function being unimodal
4
Endpoint extremum of a function $f(x)$ on a segment $[a,b]$
0
What are examples of $f''(\operatorname{critical})=0$ with local extrema?
1
Using first derivative test for extrema, find local maximum/local minimum
1
More elegant solution for showing that a distribution is unimodal
0
What does equation of error function to zero exactly do?
2
Local Extrema of Function & Supremum