This problem is in Kiselev's Planitmetry, to prove that: In an equilateral triangle, the sum of the distances from an interior point to the sides of this triangle does not depend on the point, and is congruent to the altitude of the triangle.

After searching google for a while, I discovered that it has a name, Viviani's theorem. Anyways, the standard proof uses the concept of area, and the known formula for calculating the area of a triangle. But I don't believe that was Kiselev's intention, since, he placed the problem after the section on the midline theorems (In triangles and trapezoids), So does anybody know a way to do this? I only need a hint.

Attempt: I only found that each of these distances will be parallel to each altitude of the triangle, but couldn't use this fact in proving the theorem. In addition to that, I proved a case of the theorem, If the point lies on one of the altitudes, the proof follows from the picture. 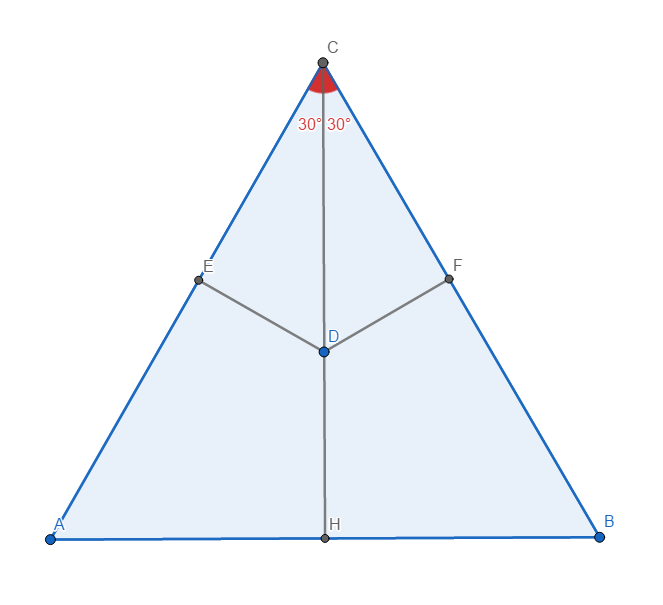 Please,take a look at the Picture. 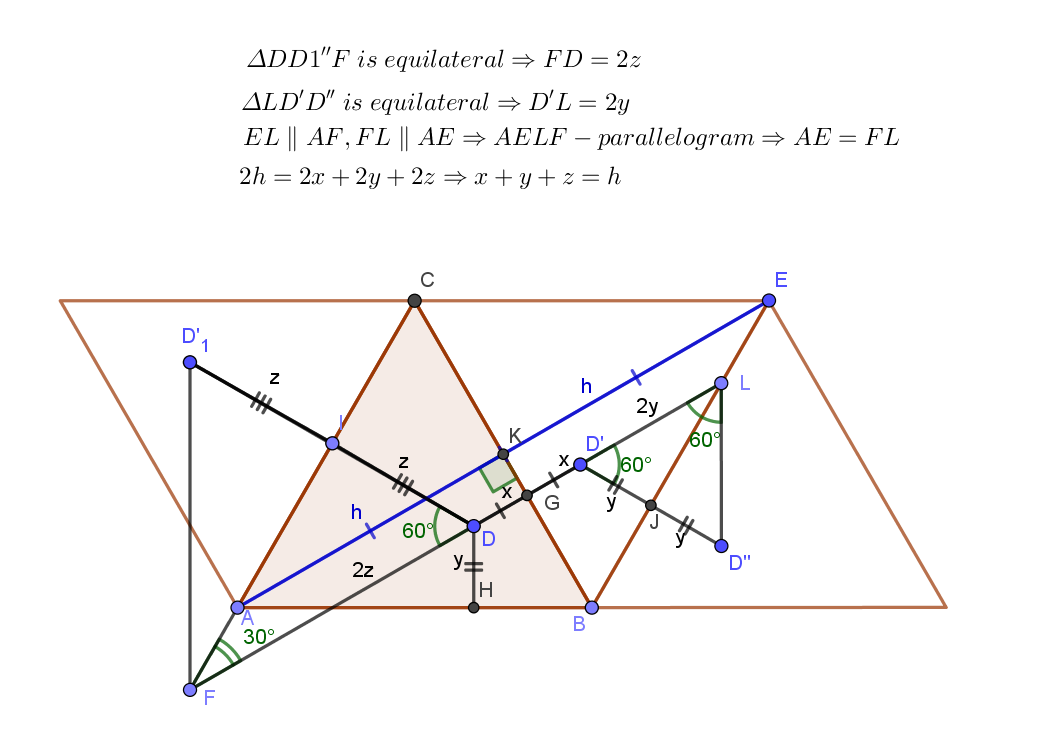 It may be easiest to first prove it for the case where the "interior" point is actually on one of the edges. Then the general case follows by cutting out a smaller equilateral triangle so that the interior point lies on the edge of it.

Edit: Since you only want a hint I've removed the concluding lines.

In an isosceles triangle, the sum of the distances from each point of the base to the lateral sides is constant, namely it is congruent to the altitude dropped to a lateral side.

We will apply problem 187 (without proof). 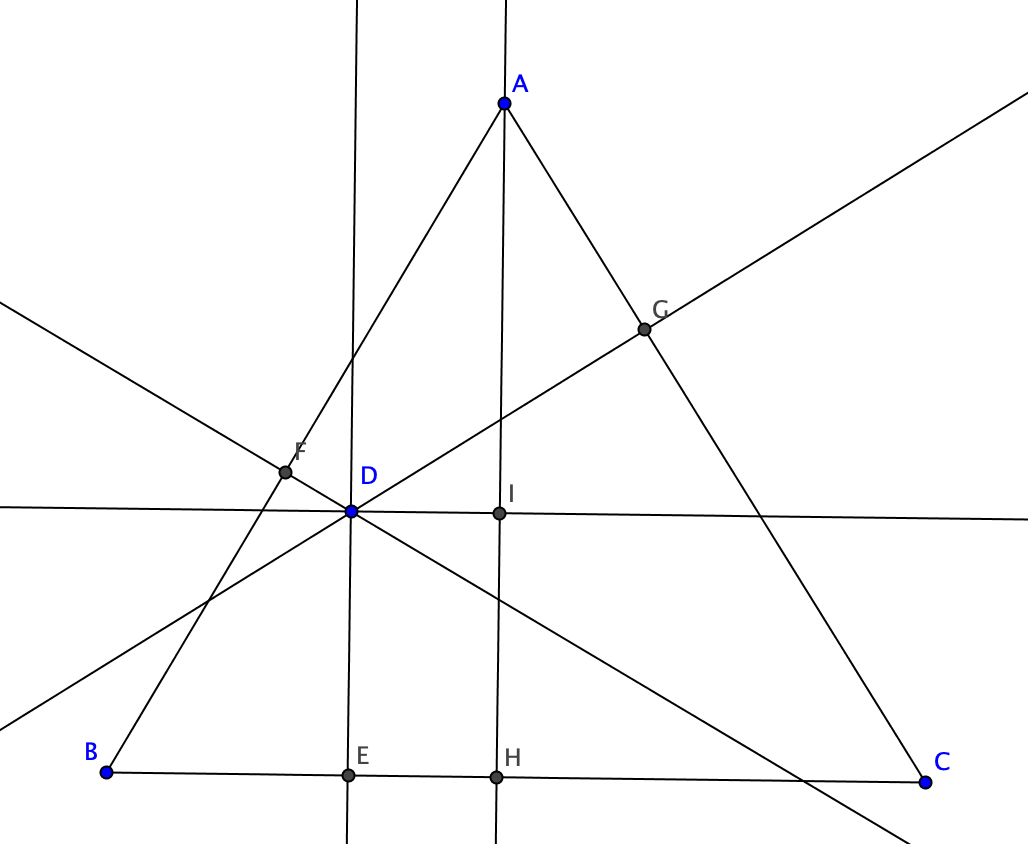 10
Eritrea's Theorem
2
What is the average sum of distances of a random point inside a triangle to its three sides?
0
Viviani's theorem and ellipse
0
Kiselev's geometry Problem 67: In an isosceles triangle, two medians/bisectors/altitudes are congruent
0
Line $CD$ meets the leg $\overline{AB}$ at $P$ and line $BF$ meets the leg $\overline{AC}$ at $Q$. Prove $|AP|=|AQ|$.
1
Construct a triangle, given the angle at the vertex, the altitude, and the ratio in which its foot divides the base.
1
Sum of the diameters of the incircle and excircle is congruent to the sum of the segments of the altitudes from the orthocenter to the vertices.
2
Does Viviani's theorem hold on higher dimensions?