Four years ago, when I was in Grade 6 and in the Hanoi team training for the International Math Tournament of the Towns (IMTT), the leader of the Vietnam IMO team came and first provided me with an insight of what I now call game-theory.

He gave us the following problem:

Let there be 30 balls on the board, now two students come up and play. Each turn, they can only pick $1,4$, or $6$ balls. Provided that the last player to make a move wins. Then who has a strategy to win?

Now the solution to that problem is not difficult, I suppose, for those who read this, and I leave here a glimpse to the answer.

A few months later, I came to the TIMC 2016, which is an elementary mathematics contest in Thailand. The following problem is proposed by Vietnam Delegation, and eventually appeared in the Team Contest, problem number 3 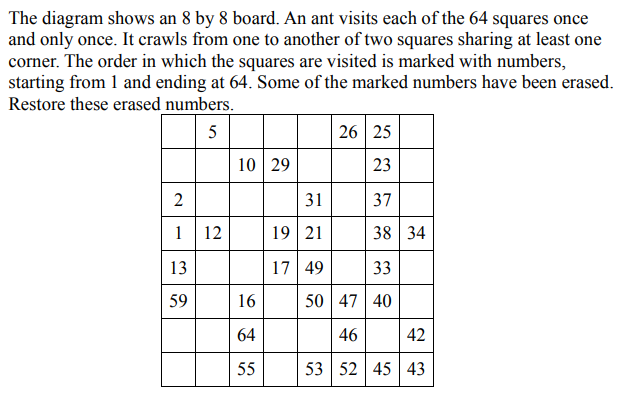 The problem indeed has an answer, illustrated below: 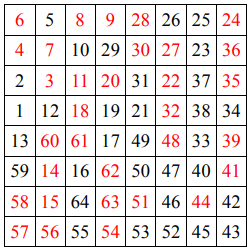 I shall now combine the two problems, which results in the following question I found quite interesting in solution.

Given a chessboard of size $8\times 8$. Two players are playing the following game:

The person who cannot make another move loses the game

Which one of the two players have the winning strategy?

5
Winning strategy for a matchstick game
13
Who has a winning strategy in the hamilton-circle-game?
14
Game to maintain distinct number of balls in glasses
2
Placing stones on vertices of polygon
1
Given a square table $n\times n$, two players $A$ and $B$ are playing the following game: …
6
NIM game variant - one pile, taking square number of objects
4
Choosing a friend.