Correct notion of “sameness” for objects in a category

I want to compare two notions of "sameness" for objects in a category $\mathbf C$:

I think the "equivalence" in (2) makes more sense for me, because it generalize the notion of isomorphic objects (it is easy to show that isomorphic implies "equivalent"), while it still preserves cat-theoretical properties. Here is an example demonstrating this: 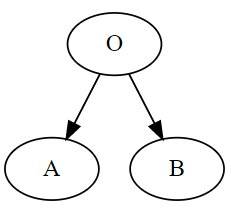 So I am confused why the notion of "equivalence" in (2) is not widely studied and not even defined in any materials I've read.

Also, while only isomorphic $\implies$ "equivalent" is true in general, I was wondering if the other direction holds for most categories that is useful and natural (unlike the artificial example I give above).

Having read the answers and comments, I came up with some new thoughts.

Now I tend to believe "sameness" should work just like the usual "equality", so it should satisfy more axioms, such as how substitution would work for "equality":

My conclusion: Isomorphism is the correct notion of "sameness" because

As a relatively young mathematician, I'm in no place to say why your notion of equivalence is not widely talked about in the category-theory community. That said, I can think of some reasons why equivalence was not the first thing to think of, and then some reasons why it wasn't picked up later either. Hopefully this combination suffices.

Thinking only of the inception of category theory (to justify certain constructions in algebraic topology), the reason to introduce "isomorphism" is obvious: It corresponds exactly to the standard definition of isomorphism in both topological and algebraic categories. Indeed, two topological spaces are "the same" (homeomorphic) exactly when there is a continuous map with a continuous inverse between them. Similarly, two groups are "the same" (isomorphic) exactly when there is a group homomorphism with an inverse that is also a group homomorphism connecting them. Now, since functors (such as the fundamental group functor $\pi_1$) preserve isomorphism, we can show two spaces are different (which is hard, in general) by showing that their fundamental groups are different (which can be easier). So not only is the accepted notion of isomorphism obvious, it's also useful in the original use-case of category theory.

What would "equivalence" say in this setting? It asks for an automorphism of the (proper class!) of topological spaces which exchanges the two of interest and fixes all of the others. It's not obvious that such an automorphism even exists, and it is also not obvious how this automorphism (which is itself a functor) would interact with other functors (such as $\pi_1$). Speaking informally, we've moved one level up the complexity hierarchy without needing to. When we can detect using only arrows that two objects are "the same", why use functors to do the job?

This is not to say your idea is without merit: Mathematics is littered with definitions that are extremely abstract and obtuse, but which (in certain motivating situations) agree with a simple definition which you can actually imagine someone thinking of. Look at algebraic geometry, if you don't believe me. There are lots of definitions which are "too complex" for what they're doing when you look at simple examples, why can't equivalence be the same? After all, as you have realized, any objects which used to be isomorphic are still equivalent, and given some work, I would be willing to bet that you can show (with a suitable natural transformation) that equivalent objects are sent to equivalent objects by (some restricted class of) functors.

The last nail in the coffin, I fear, is the realization that in most categories of interest, equivalence and isomorphism coincide, so there is no reason to consider the more complicated definition. I thought of an example last night, showing for algebraic categories and the category of topological spaces that every equivalence of objects is actually an isomorphism, but @jgon's comment is much better and further reaching. To paraphrase:

Since most categories have nontrivial isomorphism classes, this does not bode well for equivalences of objects. Though perhaps more disturbingly for a category theorist, this means equivalence of objects is not preserved when passing to equivalent categories. This is a sure sign that the definition is capturing something unnatural.

All is not lost, though! I wonder if you restrict attention to skeleton categories if this notion of equivalence is more meaningful. If one could find some consequences of objects in a skeleton category being equivalent, there is probably (at least one) paper to be written in this area. Maybe you will be the one to write it!

EDIT: I hadn't carefully read your definition of "sameness", so this isn't really an answer. Suffice it to say that 2 doesn't strike me as particularly natural.

Notion 2 is not really a notion of sameness of two objects. For instance consider the automorphism of a Boolean algebra $B$, viewed as a poset and thus as a category, mapping $x\mapsto \bar x$. You probably care quite a lot about the difference between $x$ and $\bar x$, if you're studying $B$! Similarly, $x\mapsto -x$ is an automorphism of the real numbers, seen as an ordered poset, but we don't want to say that $2$ is the same as $-2$ in very many situations. (Note that in fact every two real numbers are the same under your notion 2, which would really simplify calculus...) If we do really want to say that objects identified by an automorphism $F$ are "the same", then we can simply take a quotient to make them isomorphic, or perhaps equal as the case demands.

This is only a partial answer, but maybe it belongs in the answers rather than the comments. In the comments, @jgon gives an argument that if $A \cong C$ for some $C\ne B$, then exchanging $A$ and $B$ via your functor $F$ implies that $B \cong C$ and therefore $A\cong B$.

This suggests to me that your notion of equivalence is more naturally defined on collections of objects rather than objects. Suppose we have $A\cong C$ and also $B\cong D$, and that $A\ncong B$. It may be the case that there is an isomorphism of categories that exchanges $A$ with $B$ and also exchanges $C$ with $D$, while leaving everything else unchanged. In this case we might want to say that the sets $\{A,C\}$ and $\{B,D\}$ are equivalent to one another. This makes sense and feels reasonably natural to me - we can't exchange $A$ with $B$ because they belong to different isomorphism classes, but we can exchange the two isomorphism classes.

This feels to me like it might sometimes be a useful notion. For example, suppose I have a category of two-dimensional shapes whose morphisms include rotations and maybe some other rotationally-symmetric operations, but not reflections. Then I might end up with two distinct classes of isomorphic shapes, where for each object in one class its mirror image is in the other. (For example, one might be all possible rotations of an L-shaped Tetris piece and the other might be all possible rotations of a J-shaped one.) Your definition might tell me that the two classes are equivalent to each other, which seems a reasonable thing to want to know.

(But then again, to make that work, we might have to consider an endo-isomorphism that swaps all objects with their mirror image, not just the ones in that particular pair of equivalence classes. This would take us even further from your idea.)

In any case, this suggests that your idea is best seen not as an alternative to isomorphism but as a higher-level notion that allows us to talk about equivalence between equivalence classes.

10
Can exponentials be distinct from hom-functors in enriched categories?
2
Are functions between sets of global elements of objects isomorphic to the hom-set between these objects?
12
Monomorphisms and Epimorphisms in the category of small categories
11
What's an Isomorphism?
4
Equality of objects in category theory
4
Why is equivalence of functors defined differently from the equivalence of categories?
1
Help for Exercise $1$ Mac Lane Category theory Ch. II Sec 5
2
Free objects and representable functor