What if we have a cone with elliptical base? [closed]

If we have a cone with elliptical base, what would the conic sections be? If we cut the cone diagonally, would it be an ellipse again or a parabola?

Also, from the picture, can we still obtain the length of semi-minor axis from the formula $\frac{1}{2}\sqrt{AB*CD}$ which is true when we have a circular cone? (the cone in the picture is elliptical based and $BC$ segment is semi-major axis). 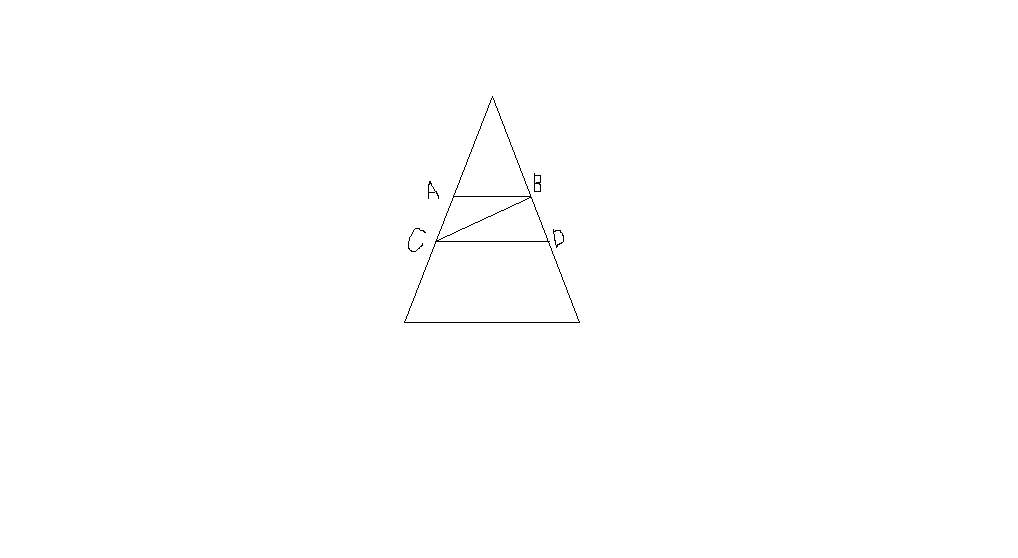 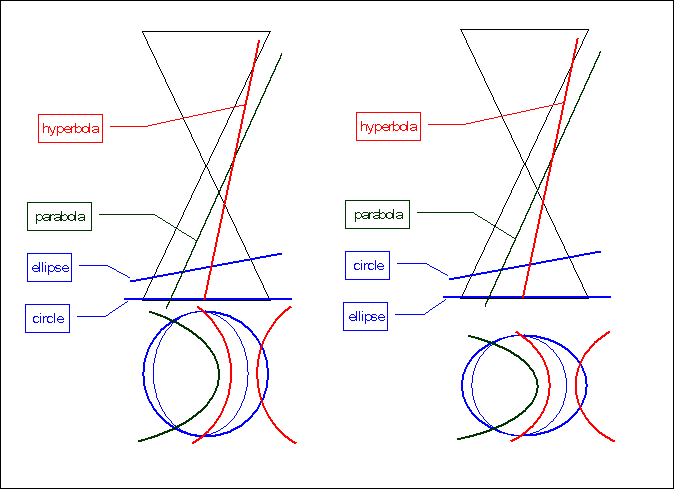 Consider the circular cone at the left of the sketch.
The cross sections obtained through an intersecting plane are well known.
If you rotate the plane around the axis of the cone ($z$), keeping firm the incidence angle, the sections will just rotate without changing their classification.

Now consider the cone on the right.
If you make a dilation/compression on the $x$ or $y$ axes, the angle of the plane with the cone generatrix in the section normal to that does not change.
You get a corresponding scaling on the conics which does not change their class, i.e. the number of intersections with the circle at $\infty$.
You have the cone with an elliptical base which is the subject of your question.

However, in this case the generatrices of the cone have a different angle wrt the axis, which spans from the minimum at the minor axis to the maximum at the major one.
Therefore, if the sectioning plane makes an angle with the axis that falls in that range, upon rotating it you may well pass from an ellipse to a parabola and to an hyperbola.

So we transform to a circular cone, find the intersection (which is a standard conic section), and then reverse the transformation to get back to what is shown in your figure.

The linear transformations of conic sections are still conic sections. What you show in the figure is a bounded figure, so it's either an ellipse or a circle.

What we do not know is what the transformation (to get back to your figure) did to the dimensions of that ellipse. It could have stretched or compressed the minor axis without having any effect on the lengths $AB,$ $BC,$ or $CD$. Or it could have left the minor axis unchanged by changed all those other lengths instead. Or it could have reoriented the axes of the ellipse so that $BC$ is not the major axis.

In short, all kinds of formulas that were derived for circular cones (right or oblique), including the formula $\frac12\sqrt{AB\cdot CD}$, go right out the window when you make the base of the cone elliptical.

You may be able to salvage some formulas by reinterpreting the elliptical cone as an oblique circular cone. That is, for any elliptical cone, there is a set of parallel planes whose intersections with the cone are all circular. Find two of those planes at the "top" and "bottom" of your ellipse and measure $AB$ and $CD$ in those planes; then the formula should work.