Given an $m \times n$ grid of integer coordinates, how many paths can one start from a corner, say $(0, 0)$, and visit all other points? A path can end on any point. 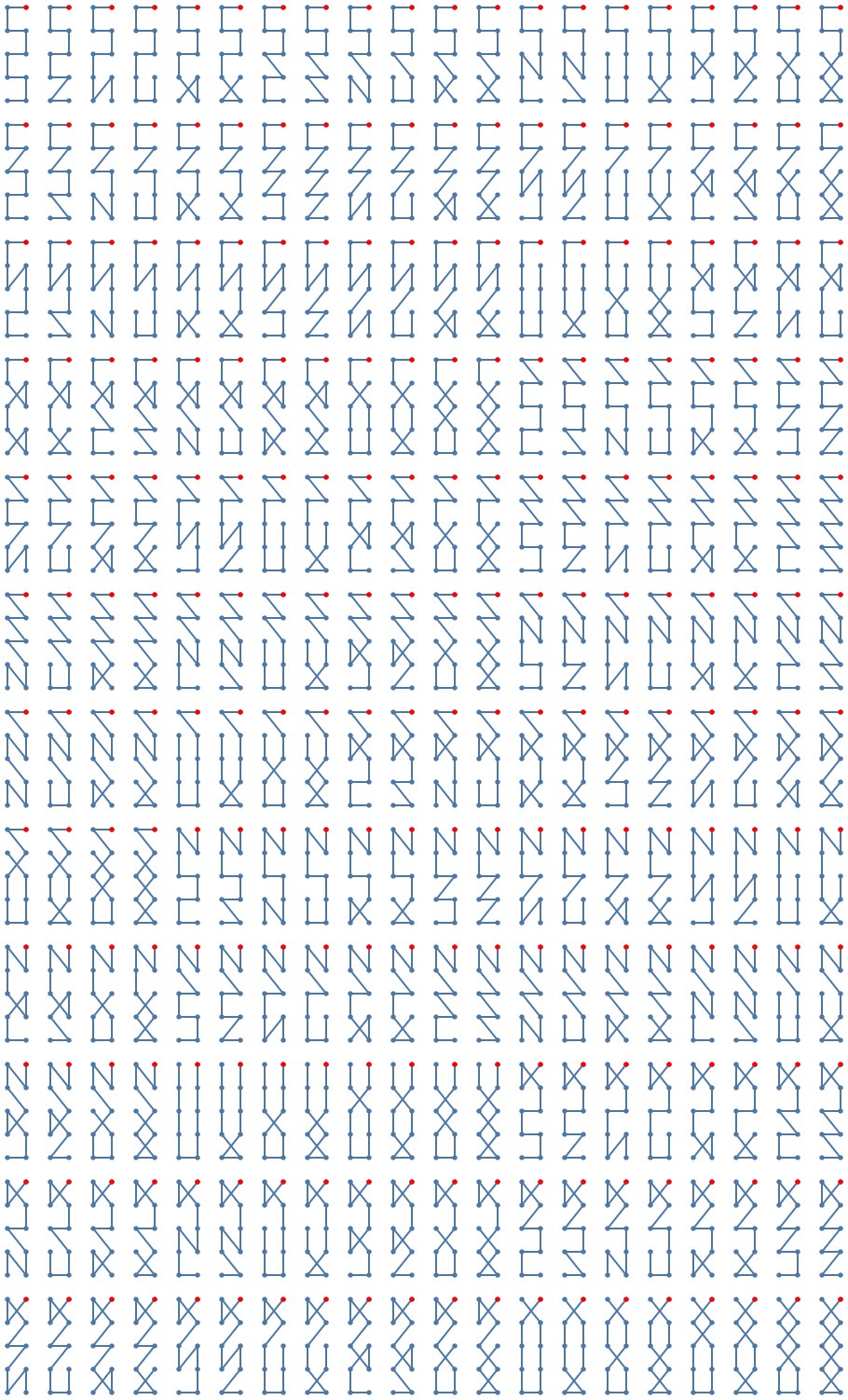 I did some quick searches on the problem. Self-avoiding walk seems to point to the right direction and there is probably no closed-form solution. However, all the examples in the reference and all sequences on OEIS frame the problem as the number of paths given a fixed length or given starting and ending nodes. I am not sure whether the 8-connectivity case is considered as self-avoiding either.

Without diagonal moves allowed, note that there's exactly one path ending in each row, so there are $n$ paths.

You can efficiently exponentiate this matrix to compute values of $x_n$, or diagonalize it to obtain a closed-form solution.