Is at least 1 of 4 non-concyclic points contained in the circle through the other 3?

Given 4 coplanar points such that

Is it always true that at least one of the points will be contained in the circle that passes through the remaining 3?

I believe it is probably true, but I have been struggling to find a proof that is not algebraically "messy".

Here's my current thinking: since translations, reflections, rotations, and dilations do not change the essence of the problem, it is okay to make a sequence of these transformations to simplify things a bit. Look for the pair of points that are farthest apart, then do a sequence of transformations to put these 2 points at $(0,0)$ and $(1,0)$. Call these $A$ and $B$.

Now, the remaining distances between any 2 points must be less than 1, which puts a pretty strict limit on where $C$ and $D$ can be located.

I think I have most of the pieces, but I just can't think of how to make the proof "rigorous". Thanks for helping.

What I want to be able to do is to take a set of 4 points, and then based on some characteristics of the points (distances, center of mass, etc) be able to say which point(s) will be contained by the circle through the others.

2 dead ends so far! As Piet Hein says, "Problems worthy of attack prove their worth by hitting back."

Among all four circles you can make, take the one with the biggest radius. 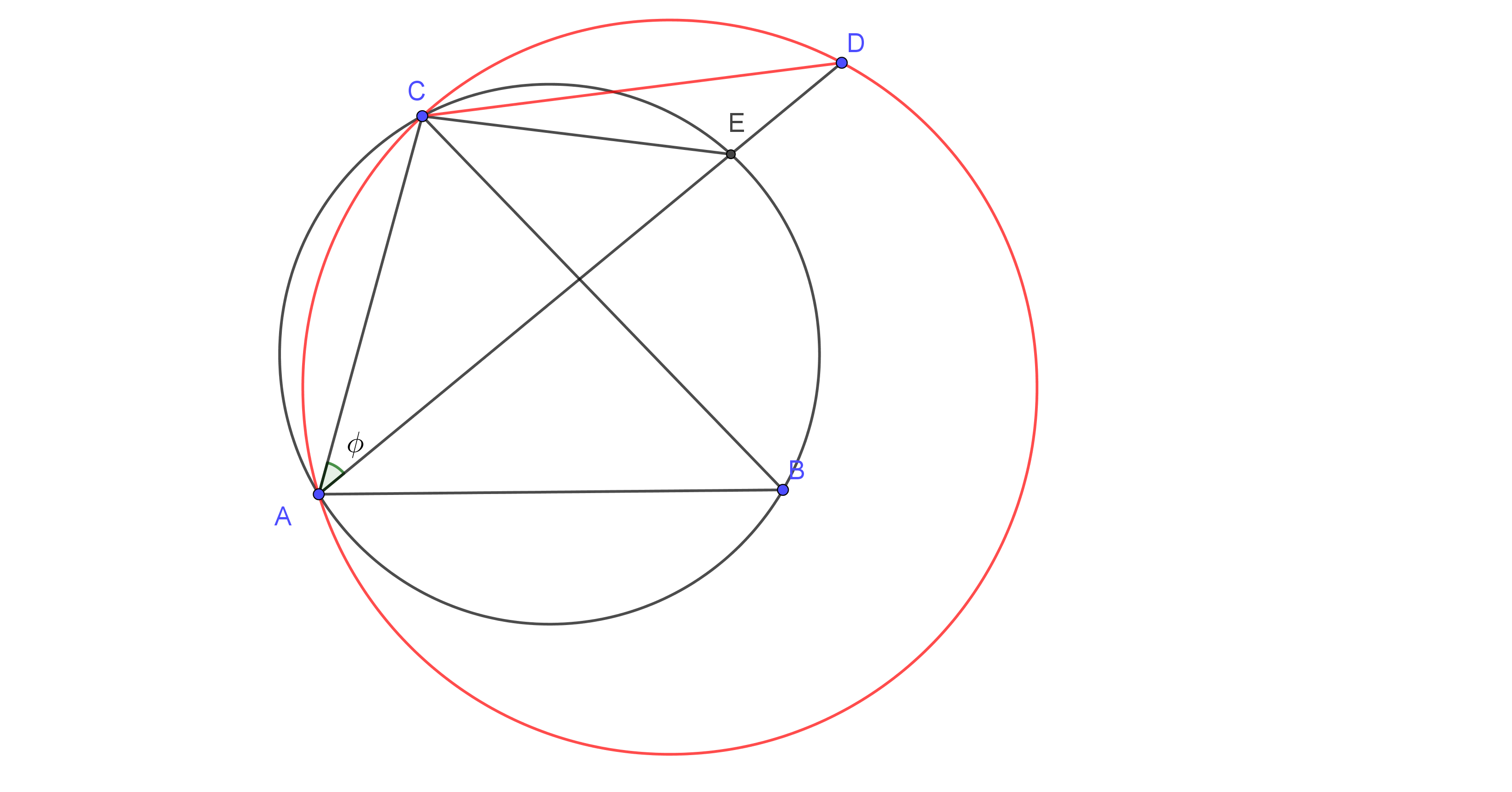 I have a topological argument. I'm not sure it is what you were looking for, but still I post it. I will not make a rigorous proof to avoid technicities. It enables to understand what situations are possible and what to do to go to one situation from an other.

When we move continuously the points in the space $X$, two problems might appear :

These situations (and only these situations) changes the configuration. In the first case, a circle "is going to the other side of the line". In the second case, some (or several) point is going out of (or in) its corresponding circle.

COMMENT.-The circle through three points being given, if the fourth point is in the blue areas then triangles $P13$, $Q23$ and $R21$ respectively contain points $2,1$ and $3$. It is clear that if the fourth point is sufficiently far away in the white areas the property is verified. Consequently, if there is a counterexample, it must be close enough to the red circle in the white zone. For example for the point $4$ in the attached figure it can be proven with magnitudes in cartesian coordinates that the circle through points $P,1,2$ contains the point $3$ 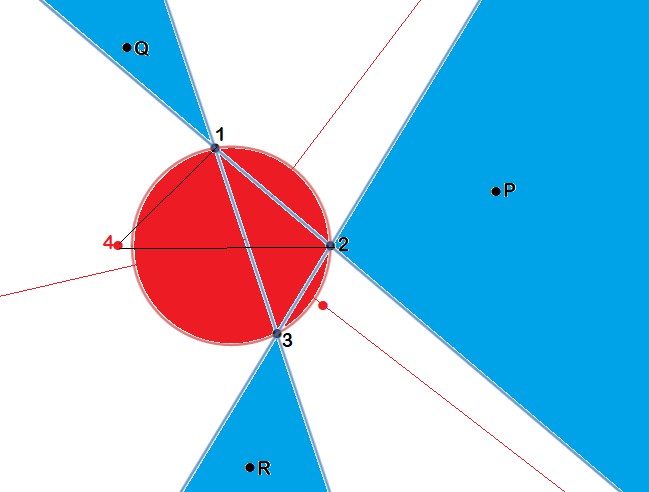 2
Given a line segment $AB$ and a point $P$ inside a circle, can one construct a chord through $P$ congruent to $AB$?
2
Circle containing points
8
Finding the equation of a circle given two points and the radius
3
Locus of centre of circle passing through concyclic points
1
Show that if there are $4$ points and $3$ of them are on a circle, then the last point has to be on the circle if…
1
Power of a point: Minimize the length of a chord of a circle containing A and B
2
Prove a point is inside a circle through 3 other points
0
Circle equation through 2 points
1
Pythagorean Triples using points on the circle