Why does Bayes' rule yields that P(H|Obs) should be proportional to the likelihood P(Obs|H) when all H are equally likely? 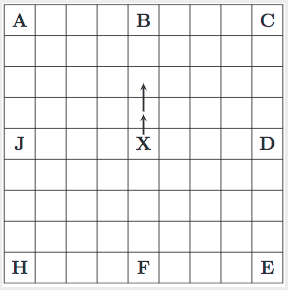 I'm working through this question, "Can B be regarded as more likely than A or C?", and I'm specifically learning what is meant by the text in bold below.

From the source material:

If we adopt a Bayesian formulation, the probability of a hypothesis H given the observation Obs, P(H|Obs) is given by the formula [Pearl, 1988]:

In our problem, the hypotheses are about the possible destinations of the agent, and since there are no reasons to assume that one is more likely a priori than the others, Bayes’ rule yields that $P(H|Obs)$ should be proportional to the likelihood $P(Obs|H)$ that measures how well $H$ predicts $Obs$ .

My interpretation of the bolded text

I'm having difficulty connecting these ideas to explain how "Bayes' rule yields" the result.

Browse other questions tagged probability bayes-theorem or ask your own question.

0
Conditional probability question- sanity check?
1
Trouble understanding how Naive Bayes Classifier is derived
1
Showing that all possible outcomes are equally likely.
0
Why all permutations of i.i.d. samples are equally likely?
1
Probability of chosing at least two given letters out of three in sequence of five.
0
Hypothesis test to decide between two discrete distributions (bayesian inference)
4
Derive the probability that Tom W is a computer scientist.