I don't know how standard this fact is. Stated like this, it seems to be a rather simple fact. However, I do not find any simple proof for this fact, and I try to write below the only thing I have in mind to justify it properly. Any comment on the proof or any proposal for a more elegant argument is welcome.

The proof is essentially working on rephrasing the sentence "$y$ is a $k$-th power modulo $n$".

This questions comes from my misunderstanding of the following statement, from Vaughan: 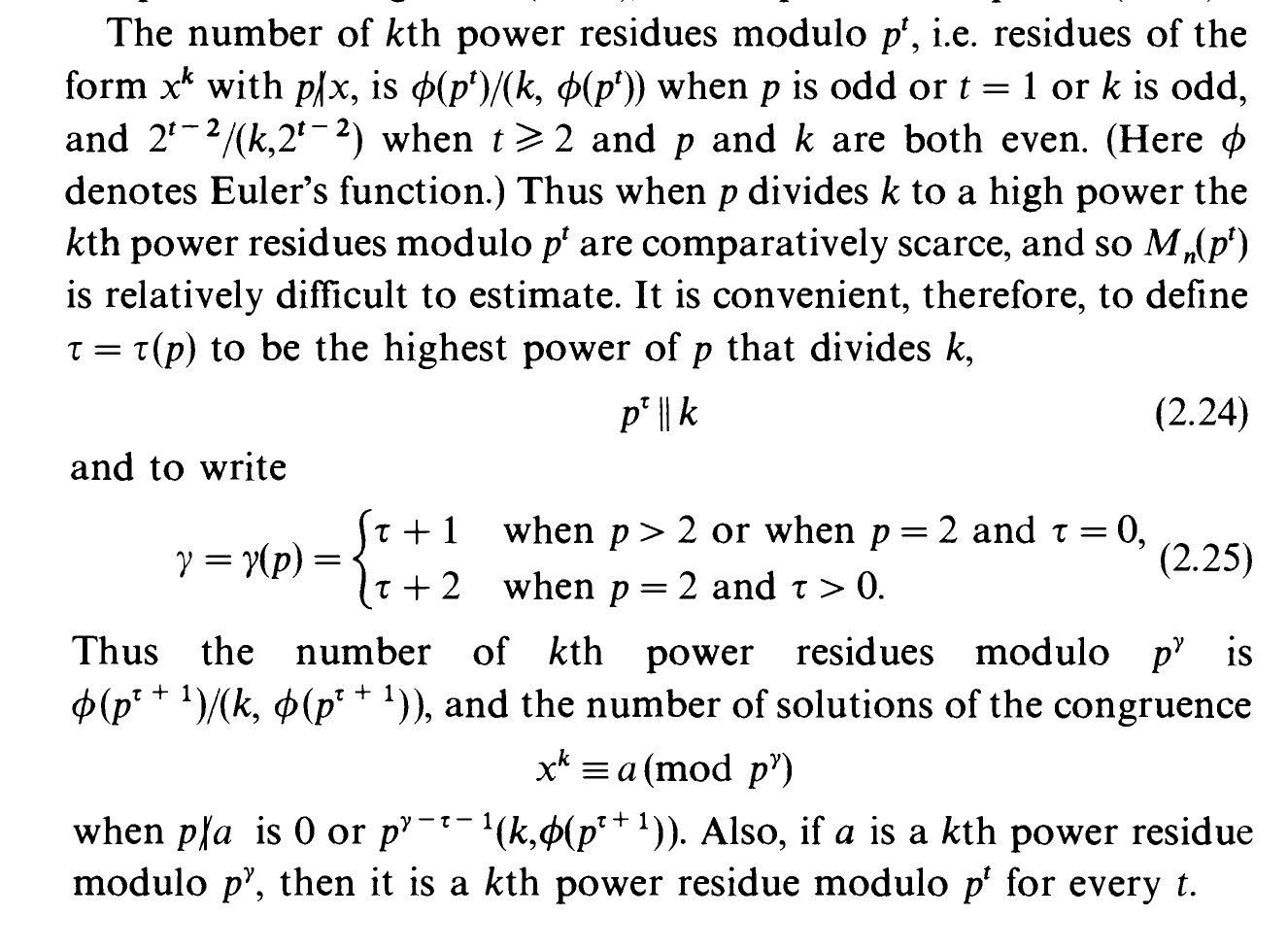 I assume, similar to how a Quadratic residue is described, this only requires for $y$ that there exists an $x \in \mathbb{Z}$ where

Regarding your proof, I believe part of the problem is you're mixing equality and equivalence statements. For example, for a certain generator element $x$, you state

rather than $y \equiv x^a \pmod p$. This restriction to an equality, which is not (based on my understanding) in the original statement, means you can end up drawing conclusions that are inconsistent with what you are trying to prove.

Also, you should be careful with your reuse of variable names in different contexts. For example, you have $n = p^{\gamma}$, then $n = p^{t}$ and once again $n = p^{\gamma}$. This is a small issue as you make it fairly clear it only applies to the paragraph. However, you also seem to suggest a single value of $x$ can be reused as the same cyclic element for various powers of $p$, with the same power of $a$, as the value of $y$ in your second & third paragraphs where you have $n = p^{\gamma}$ and then $n = p^{t}$, but then switch to $y=x^{ap^{t-\gamma}}$ in the next paragraph even though you say $y = x^a$ for the same group $2$ paragraphs above.

One final thing is you have near the end

share|cite|improve this answer
answered Feb 11 at 21:23

Not the answer you're looking for? Browse other questions tagged number-theory arithmetic or ask your own question.