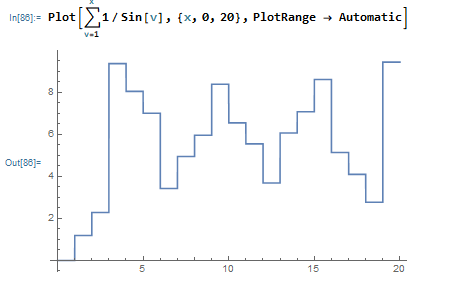 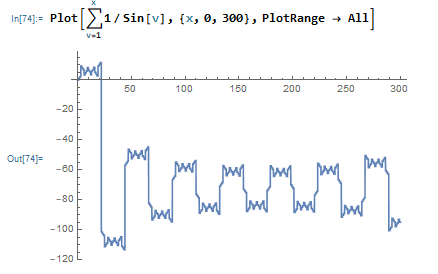 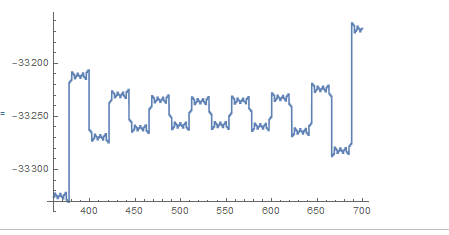 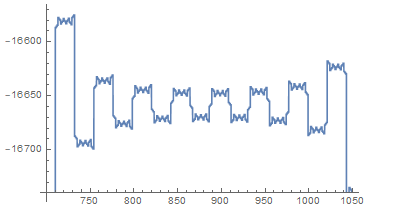 And I observe similar behavior on similar intervals. 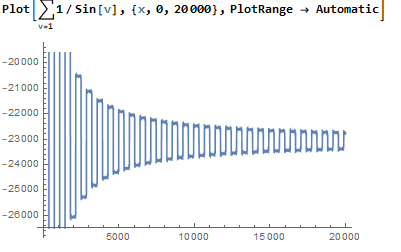 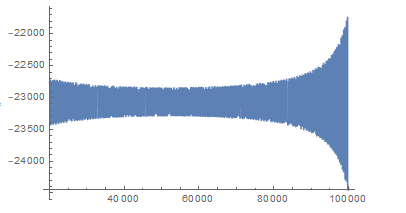 So again, we're seeing the function 'get closer and closer, then get farther and farther, all while alternating' from some value, just as we saw on the smaller intervals. I suspect that if my computer could handle $P(x)$ on $[100000,200000]$, we would see the same thing (on a larger scale), though I'm not sure.

So: what's going on here? How can we explain this fractal-ish behavior?

15
variant on Sierpinski carpet: rescue the tablecloth!
19
(UPDATED) Why didn't Archimedes further approximate $\pi$ this way (or did he)?
4
Strange sum involving $\zeta (3)$
2
Strange result about the log sum
4
Strange inequality about $e^{-x}$
2
Expressing A Strange Irrational Number As An Infinite Sum