Let's say that I have the function:

And I have to find the maximum domain of the function, $D$. I see that the function $f$ would simplify to something like this:

With this simplified version of the function, I thought it would be no problem to have $x = 1$, since that would mean:

Then I plotted the function (the initial form of the function, not the simplifed one) in Desmos and got this: 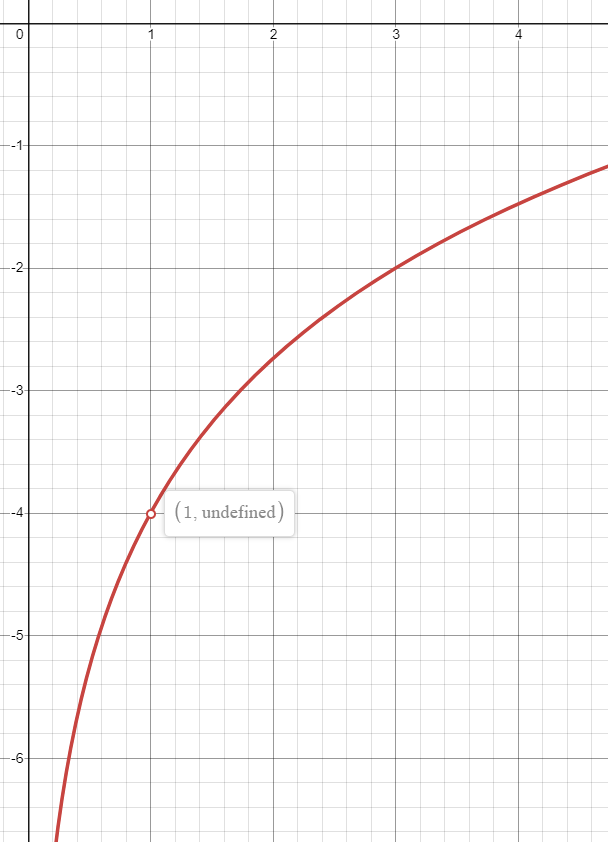 I know that I can't plug $x = 1$ in the initial form of the function, since we have the condition that the base of the logarithm must be $\ne 1$, but how come I can plug in $x = 1$ in the simplified version and have the function defined in that point? I just don't see how the properties of the function changed because of my simplification, which seemed like such a natural and harmless thing to do.

Not the answer you're looking for? Browse other questions tagged functions logarithms or ask your own question.

3
Why does simplifying a function change its domain?