I don't understand some rules of natural deduction and sequent calculus. 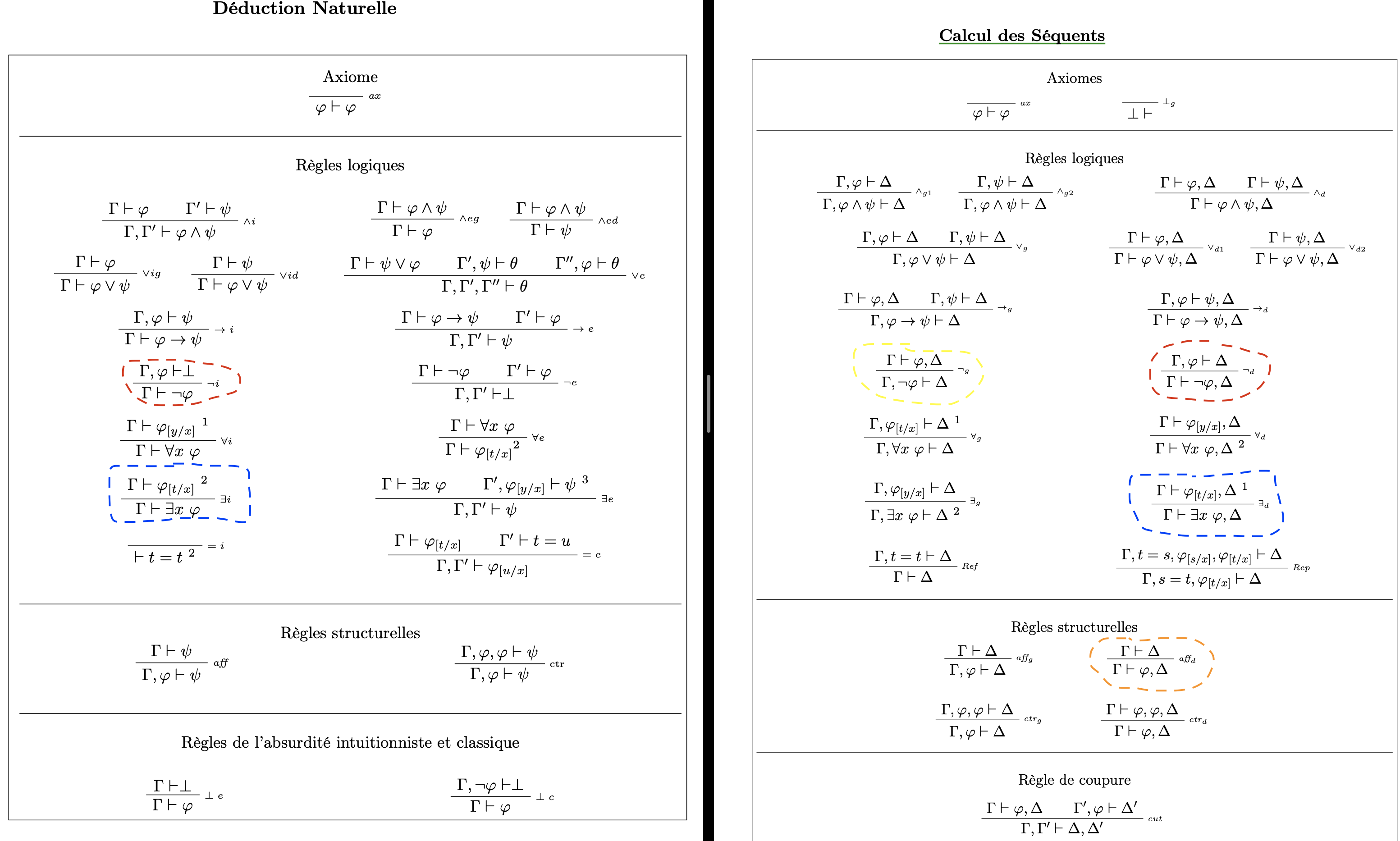 What are the roles of SC and ND in minimal, intuitionistic and classical logic? As I understand it, min, int, cl. logics use ND. So what's the point of SC?

And why do we need ND and SC?

Yes, that's correct. From the post linked in the comments:

And this is equivalent to

All these derivability claims are equivalent in the strong sense that any one derivation can be tarnsformed into one of the others, that is, we have the so-called deduction theorem

That's because sequent calculus, unlike ND, allows for more than one conclusion formula. In general, we can have arbitrarily many formulas $B$ on the right-hand side of our sequent, while rules only manipulate one. To account for the fact that before and after the rule application there might still be other formulas on the RHS of the sequent, we summarize these formulas by $\Delta$. Note that $\Gamma$ and $\Delta$ can be empty.

Your intuition is right. This property is called monotonicity: If from a set of premises $\Gamma$ we can infer $\Delta$, then adding more knowledge to the premises doesn't destroy that previous knowledge. If from "If I drop my pencil, it will hit the ground" and "I dropped my pencil" I can infer "My pencil hit the ground", then I shouldn't lose that inference just because I additionally know that "Unicorns like asparagus", and neither if I know that "Unicorns don't like asparagus". The apparent contradiction with unions usually being read as disjunctive is hopefully resolved by the fact the formulas on the (negative) LHS of the sequent can be read as a disjunction of negations.

What are the roles of SC and ND in minimal, intuitionistic and classical logic? As I understand it, min, int, cl. logics use ND. So what's the point of SC?

And why do we need ND and SC?

These are quite broad question that can't be comprehensively answered within an SE post, so let me just say this much:
Minimal and intuitionistic logic certainly do know sequent calculus; it's just a matter of modfifying the permitted sequents and rules: Sequent calculus for intuitionistic and minimal logic can be obtained by simply restricting oneself to sequents with at most one and, respectively, exactly one formula on the right-hand side, and modifying the rules accordingly.
And while one doesn't "need" more than one syntactic calculus in the sense of guaranteeing the existence of a derivation for any semantic tautology (given that ND and SC for classical logic are equilvalent in this respect by completeness), different calculi have different proof-theoretic properties, and SC has some interesting features about the way derivations are built up and things one can "see" in a proof that ND lacks and vice versa. ND more closely resembles the way mathematicians would argue naturally (hence the name); SC is nice because assumptions are kept locally inside a sequent rather than scattered over leaves in a derivation tree.
A discussion of both can be found in the book linked by Mauro Allegranza in the comments.
The Wikipedia article on sequent calculus also gives a good overview.

Not the answer you're looking for? Browse other questions tagged logic natural-deduction sequent-calculus or ask your own question.

3
Negation Inference with Gentzen Natural Deduction and Sequents?
0
In sequent calculus, what's going on with sequents with multiple formulae in the succedent?