In the last paragraph in page 345 of Hatcher's Algebraic Topology(link:http://pi.math.cornell.edu/~hatcher/AT/ATch4.pdf), Hatcher says that $\pi_1(A,x_0)$ acts on the long exact sequence of homotopy groups for $(X,A,x_0)$, the action commuting with the various maps in the sequence.

I can't see the commutativity. 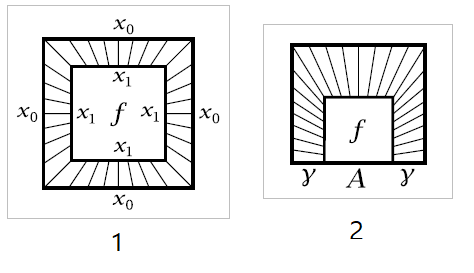 In particular, I think Hatcher sees the long exact sequence of $(X,A,x_0)$ as follows :

This seems to be consistent with the proof of Theorem 4.3. Thus it makes sense to interpret all actions of $\pi_1(A,x_0)$ to any of the groups above by the right figure in your post.

The commutativity of the action of $\pi_1(A,x_0)$ should be clear if we stick with the relative version.

Having got all this done Chapter 6 of NAT goes on to prove a 2-d Seifert Van Kampen Theorem for $\rho$ which by translation to the equivalent crossed module allows new calculations of 2nd relative homotopy groups, as pushouts of crossed modules.

The point is that the additional structures allow, once you have mastered them, clearer and more powerful proofs. For more discussion of the history and methodology, see this paper.

Not the answer you're looking for? Browse other questions tagged algebraic-topology homotopy-theory higher-homotopy-groups or ask your own question.