Proving if a polynomial is the zero function, then all coefficients are 0

I am confused with regards to the proof Axler gives for the claim that if a polynomial is the zero function, that the coefficients must all be zero. Here is his proof: 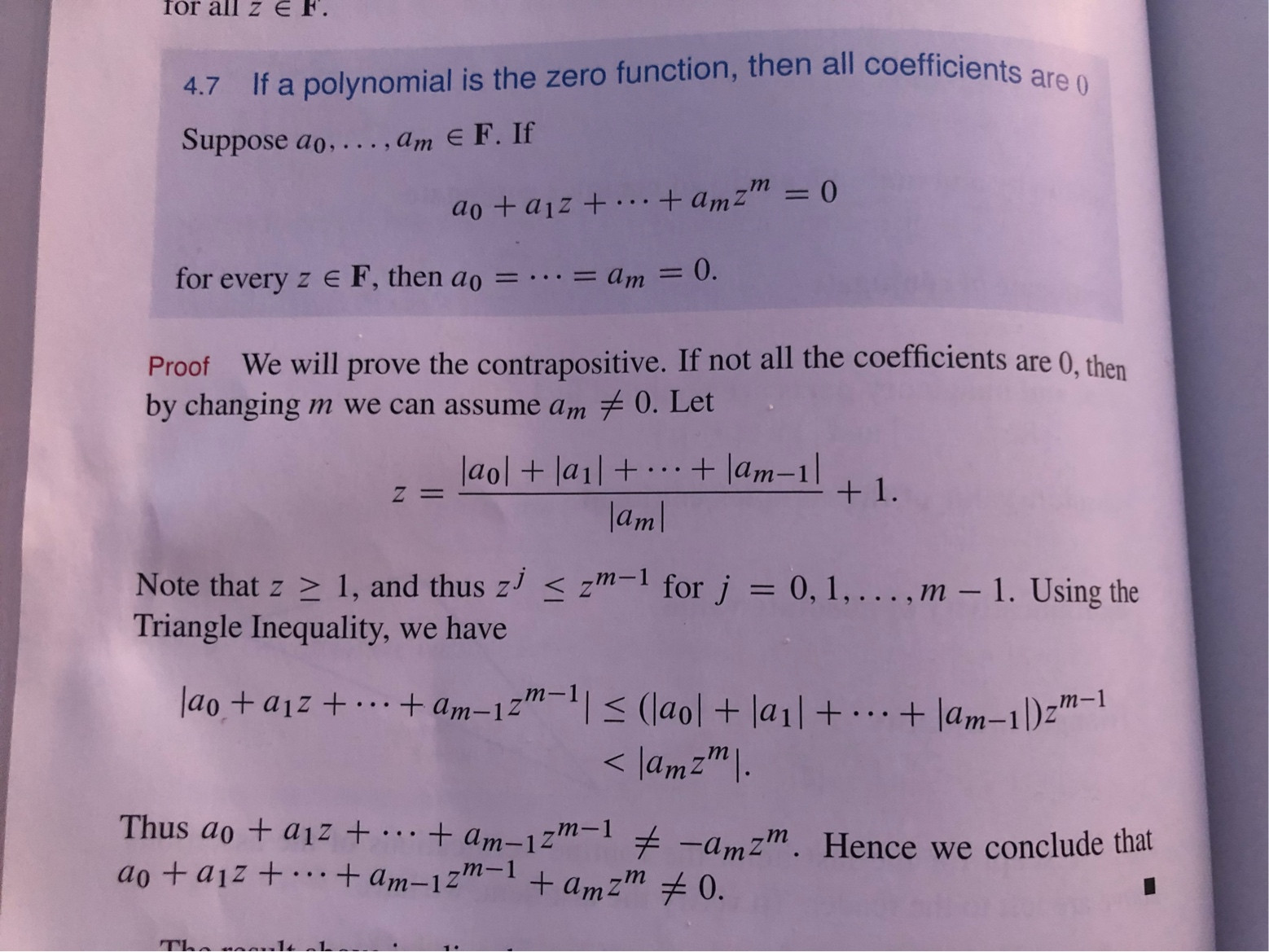 It is a sort of backward way to develop the theorem; this sort of "write down the construction and then check that it works" style is common in textbooks because it is clean, but it is not really how you would think through the proof if you were developing it from scratch.

The actual goal of the proof is to show that if $a_m \neq 0$ and $|z|$ is large enough then $|a_m z^m|>\left | \sum_{j=0}^{m-1} a_j z^j \right |$. The question for a constructive proof is then "how big must $|z|$ be?". To figure this out, first you can assume $|z| \geq 1$, so that $|z|^m$ itself will be bigger than each of the lower $|z|^j$. In general in analysis this is a common start to a "there exists a sufficiently large thing" proof: pick some initial threshold such that if the thing is bigger than that threshold, the situation as a whole becomes simpler.

and so on, by this inductive method it is trivial that all the coeficcients are zero

Not the answer you're looking for? Browse other questions tagged linear-algebra polynomials or ask your own question.