I'm watching this lecture that gives an introduction to tensors. If we have a coordinate system that's an affine transformation of the Cartesian coordinate system, then the projection of a vector $v$ (onto a particular axis) is defined as $v_m = v.e_m$ or the dot product of the vector with the corresponding basis vector (mentioned at this timestamp).

Here the prof states that if the "distance representing each coordinate separation" were the same, then the projections would correspond to components of the vector, or that $v_m=v.e_m=v^m$, where $v=v^me_m$ (Einstein summation convention).

First question: what's a precise way of defining "distance representing each coordinate separation"? Does it refer to the distance between $x^m=k$ and $x^m=k+1$ keeping all other coordinates fixed?

A natural intuitive way of defining the projection/component for a curvilinear coordinate system with equally spaced coordinate separations would be something like this. [Can't upload image for some reason].

Would appreciate any help in clarifying my concepts!

Briefly, when you are considering curved coordinate systems, you need to work with local differentials $(\partial \vec x/\partial x^m)$ rather than $(\Delta \vec x/\Delta x^m)$ over distances where the curvature is important, the same as you work with your instantaneous velocity $(d \vec x/d t)$ rather than the average velocity $(\Delta \vec x/\Delta t)$ when your velocity has been significantly changing over the time $\Delta t$.

One application of base vectors is crystal lattices. In the picture below, the distance of atoms is not the same between axis, and each base vector has a magnitude (in Angstroms for example) different from the others and not unitary. That means "distance between coordinate separations".

Both systems at least work requiring only one set of basis vectors. For curvilinear coordinates things are more complicated. The base vectors change in general when moving from point to point.

Think about flying between cities far north at opposite sides of the pole. If the plane follow the short path over the pole, the direction of the velocity will change suddenly from south-north to north-south. The plane didn't change directions, the base vectors changed. 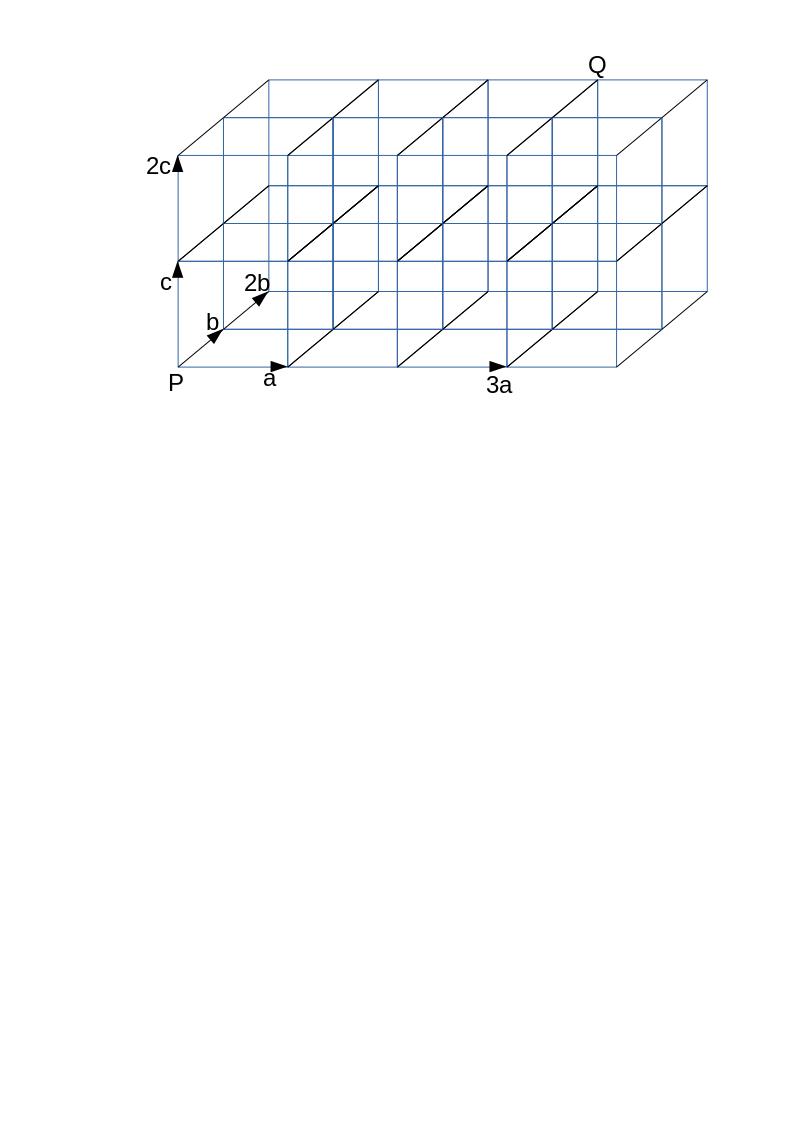 Not the answer you're looking for? Browse other questions tagged differential-geometry vectors coordinate-systems or ask your own question.

1
Basis Vectors in a General Curvilinear Coordinate System
0
Coordinates on plane in 3-space (and d-planes in n-space)
1
In what sense does the unit vector $\hat{\theta}$ have length 1?
2
Construction of a naturaly adapted coordinate system to a reference frame
4
Diagram of the tangent vector at a point along a curve on a manifold in generalized coordinate system
2
How can there be a position vector?
1
How do I derive the volume element $ dV = \sqrt{g} du^1 du^2 du^3 $ in a 3D curvilinear coordinate system?
1
Global to local coordinates without solving linear equation system