$X$ is space obtained from torus $S^1\times S^1$ by attaching a Möbius band via a homeomorphism from the boundary circle of Möbius band to the circle $S^1\times\{x_0\}$ in the torus.

This is the first part of exercise 1.3.21 in page 81 of Hatcher's book Algebraic topology and the second part is answered here.

Cayley complex doesn't help much in this particular scenario.

I found solution here by Reid Harris and draw a picture of the $T$. 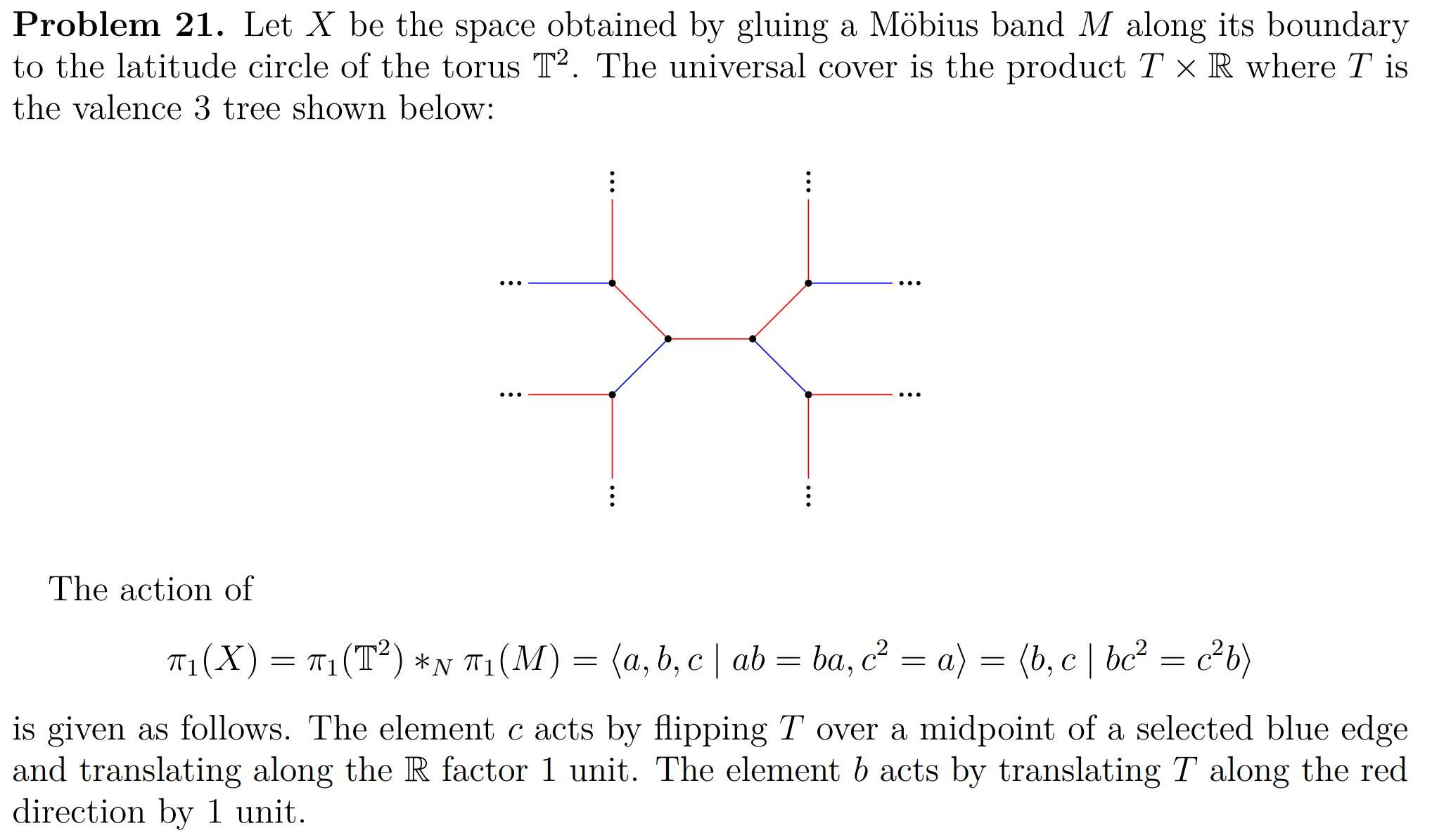 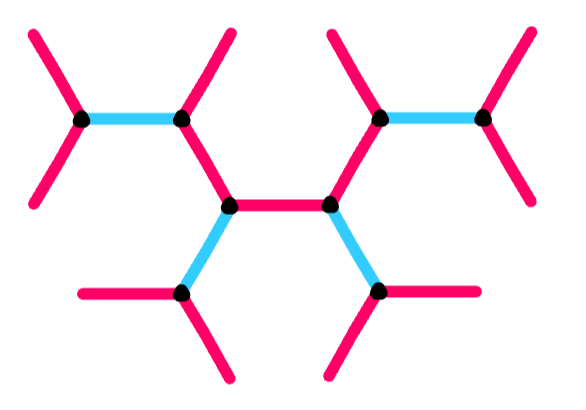 Thanks for your time and effort!

First let's do some algebra, to put this into a different context where we can apply theorems about amalgamated free products.

Rewrite the presentation as $$\pi_1 (X) = \langle a,b,c \mid ab = ba, a = c^2\rangle $$ From this it becomes clear that this is the amalgamated free product associated to the graph of groups $$\langle a \rangle \oplus \langle b \rangle \leftarrow \langle d \rangle \rightarrow \langle c \rangle $$ where the two arrows are injective homomorphisms defined by $d \mapsto a$ and $d \mapsto c^2$ respectively.

What you will get at the end of the induction is that the universal covering space $\widetilde X$ is homeomorphic to a Cartesian product of the form $T \times \mathbb R$ where $T$ is an infinite tree in which every vertex has valence $3$.

A few last words. The description I've given is an example of constructions in Bass-Serre theory. The "tree-like pattern" is a special case of a tree of spaces in the treatment of Bass-Serre theory by Scott and Wall (see the references to the previous link).

Not the answer you're looking for? Browse other questions tagged general-topology algebraic-topology covering-spaces or ask your own question.

10
Universal Cover of projective plane glued to Möbius band
7
Cover of the space obtained by gluing the boundary circle of a Möbius strip to the torus
3
Fundamental group and the universal covering space for $X$ which is obtained by attaching a Mobius band to a torus.

10
Universal Cover of projective plane glued to Möbius band
5
Is there any general method to calculate the universal cover of a given topological space $X$?
4
Deck transformations of cover of double mapping cylinder
2
The Presentation Complex of $\mathbf Z\times \mathbf Z=\langle x, y|\ xyx^{-1}y^{-1}\rangle$ is the Torus
2
Van Kampen Theorem
3
Fundamental group and the universal covering space for $X$ which is obtained by attaching a Mobius band to a torus.
1
The effect of attaching the Möbius strip to the torus
7
Cover of the space obtained by gluing the boundary circle of a Möbius strip to the torus