I'm planning on covering enough module theory over the break from Dummit and Foote so that I can comfortably take this course without struggling to make up for my knowledge deficit: 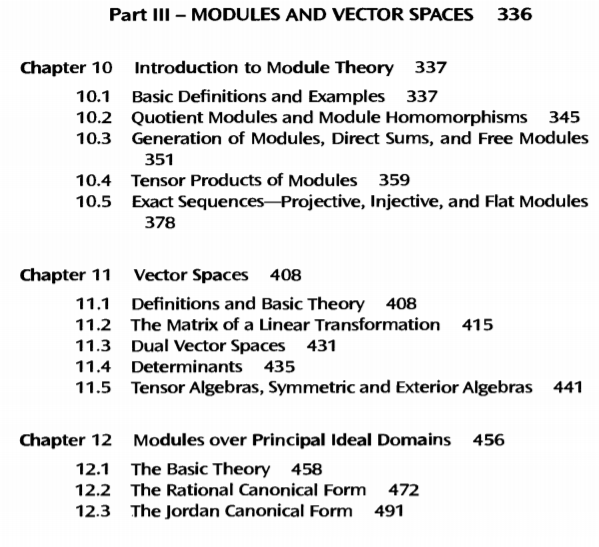 How much of this appears in Hatcher (chap 1-3)? In the interest that I want to do well in this course, should I read chapters 11 and 12 or can I just skip them for now?

You will need all 3 chapters.

Chapter 10 is extremely important (you can't expect to follow an algebraic topology course if you're not comfortable with exact sequences, quotients, direct sums, etc. the basics of homological algebra)

Chapter 11 is extremely important too (in any case, I don't understand how you can be at a stage where you learn algebraic topology and not know about matrices and determinants, but if you are well you need to learn about them as well, because they come up extremely often as well)

Not the answer you're looking for? Browse other questions tagged reference-request algebraic-topology soft-question or ask your own question.

10
Hatcher Algebraic Topology: I have all the prereqs, so why is this book unreadable for me?