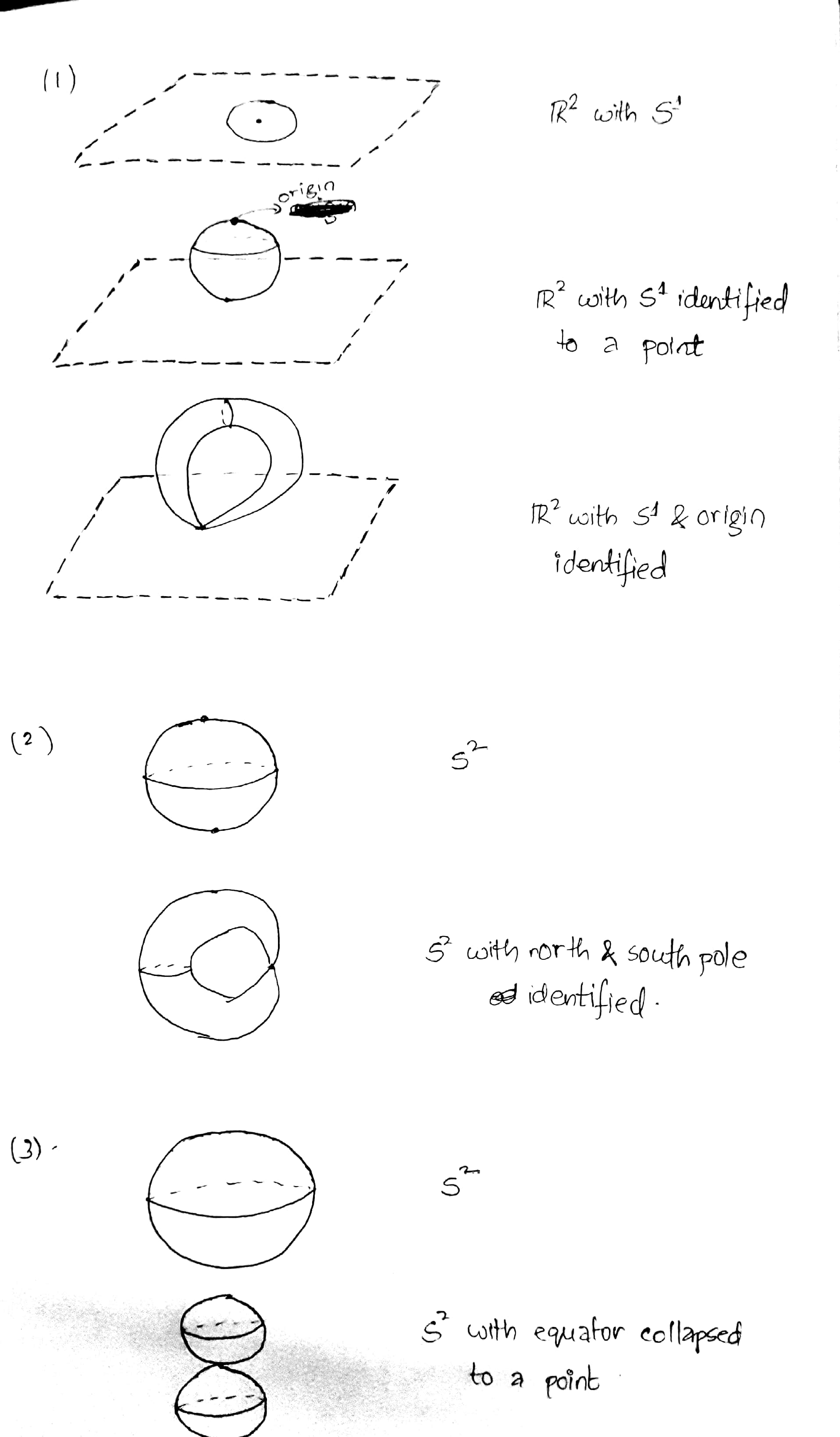 I am attempting to picture three geometric situation questions posted below for quotient spaces. These three questions is a re-posting from another post which contain too many questions which consists of two distinct related group of questions. The questions were part of an exercise which consist of ten questions about collapsing a set to a point. The exercise was taken from the topology text: Introduction to Topology Pure and Applied by Colin Adams and Robert Franzosa.

The the questions are practices for picturing various geometric objects formed from existing ones by defining equivalence relations on them. If anyone can check if I am getting the right picture, it will be much

For 1) I think the picture is either a upper or lower hemisphere. My reasons is if we just take the plane with the circle collapsed to a point, we get sphere, but the origin would usually be consisting of the south pole. Hence I think entire lower hemisphere would identify with the upper hemisphere.

For 3) The picture I get are two spheres of equal radius tangent to one another at a point, one sitting on top of the other other one.

2) The sphere with the north and south pole identified with each other.

3) The sphere with the equator collapsed to a point.

Also, in more advanced topology courses, will there be different tools/concepts that will be learn for checking wheather one's visualization of these spaces are correct or along the right path. It seems having the ability to visually describe new spaces accurately is an implicit requirement to be being a topologist of any subspecialty.

[Edit: This problem has been solved with much thanks to Ajay Kumar Nair who has provided the hand drawn pictures in the comments. I am editing this post along with the title of the post with the image credited to him attached with this post.]

Here are some pictures. I hope this helps.

I am unable to upload a image here. Please visit the link above.