In Edmond's Blossom algorithm, why do we only consider even-level nodes?

I'm trying to learn Edmond's Blossom algorithm for finding a maximum matching in a general graph.

If we end up with two adjacent vertices labeled as outer "o" then we have an odd-length cycle and hence a blossom.

I thought it might be a wikipedia issue, but I've seen a couple of implementations, including a paper from a course at Standford, and they all consider only even-level nodes. What am I missing? 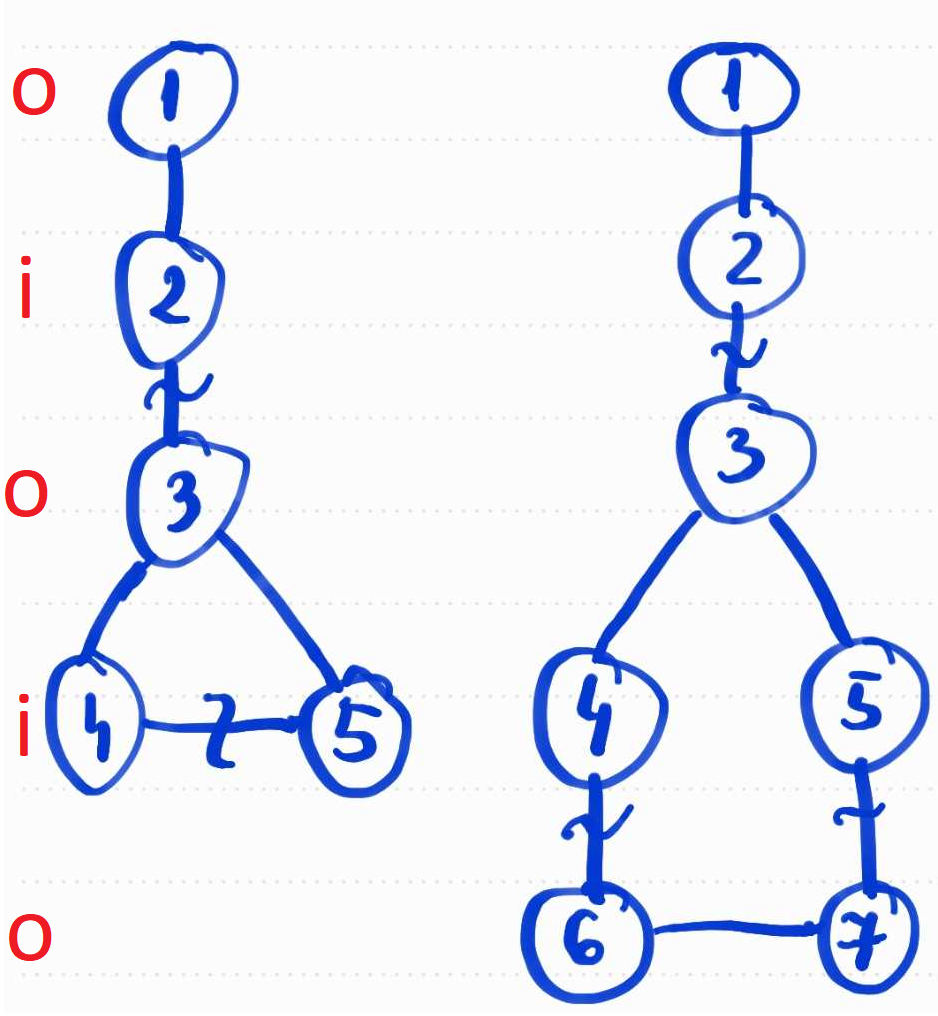 The even/odd level, or equivalently the labeling of vertice as "inner" or "outer", is done with respect to the forest $F$ consisting of the portion of the graph we've already explored. In your example, before we've discovered edge $35$, $F$ will consist of the path from $1$ to $5$, so vertices $3$ and $5$ will both be at even levels: $2$ and $4$. Therefore, edge $35$ connects two vertices at even levels, and so the cycle $(3,4,5)$ is correctly reported as a blossom.

In more detail, here is what will happen:

Not the answer you're looking for? Browse other questions tagged graph-theory matching-theory or ask your own question.

0
Graph layout algorithm with extra "nodes" on edges, and with non-point nodes
5
Perfect matchings, blossoms, and biconnected edges: need help understanding a claim
2
Algorithm to find max no. of nodes that can be visited
0
Matching and greedy matching.
1
Edmond's Blossom algorithm explanation
2
About a proof of a proposition about maximum matching (Aho, Hopcroft, Ullman)
0
A cycle and a cutset intersect in an even number of edges in a graph $G$