I've recently studied rolling polyhedra graphs. A polyhedron is rolled over its edges until it has reached all possible orientations. One more roll puts it back where it started. Here's the 120 states of the rolling dodecahedron in a closed path. Each vertex is the center of a pentagon. 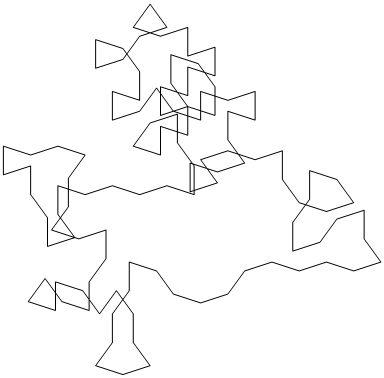 What is a simple closed path that goes through all 120 orientations for a rolling dodecahedron? Failing that... a simpler path.

Some examples of simple closed rolling polyhedra paths are below. The first path gives all orientations for both the icosahedron and the gyroelongated square dipyramid. The next two work for the triaugmented triangular prism and snub disphenoid.

One solving method would be to make a simple grid of pentagons, possibly overlapping, and analyze random paths, eliminating those that repeat an orientation. And if the grid has no solutions, trying a new grid. For the cube, a 2x4 grid of squares works. I don't know if the below grid would work. 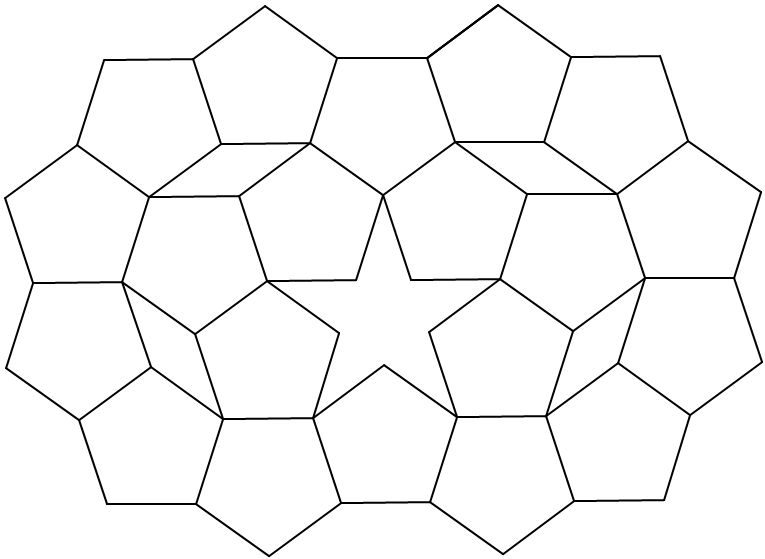 Here's what the rolling octahedron graph looks like with triangles. No closed path exists that returns to the starting point. This is equivalent to the Nauru graph. 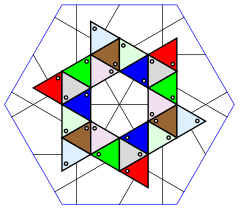 Here's the rolling icosahedron. The connectivity graph is Foster 120B

Browse other questions tagged graph-theory recreational-mathematics random-walk polyhedra or ask your own question.