I'm trying to work through the example below, but I need some explanation as to why K' is not shellable. If we try to shell it, where would we get stuck?. 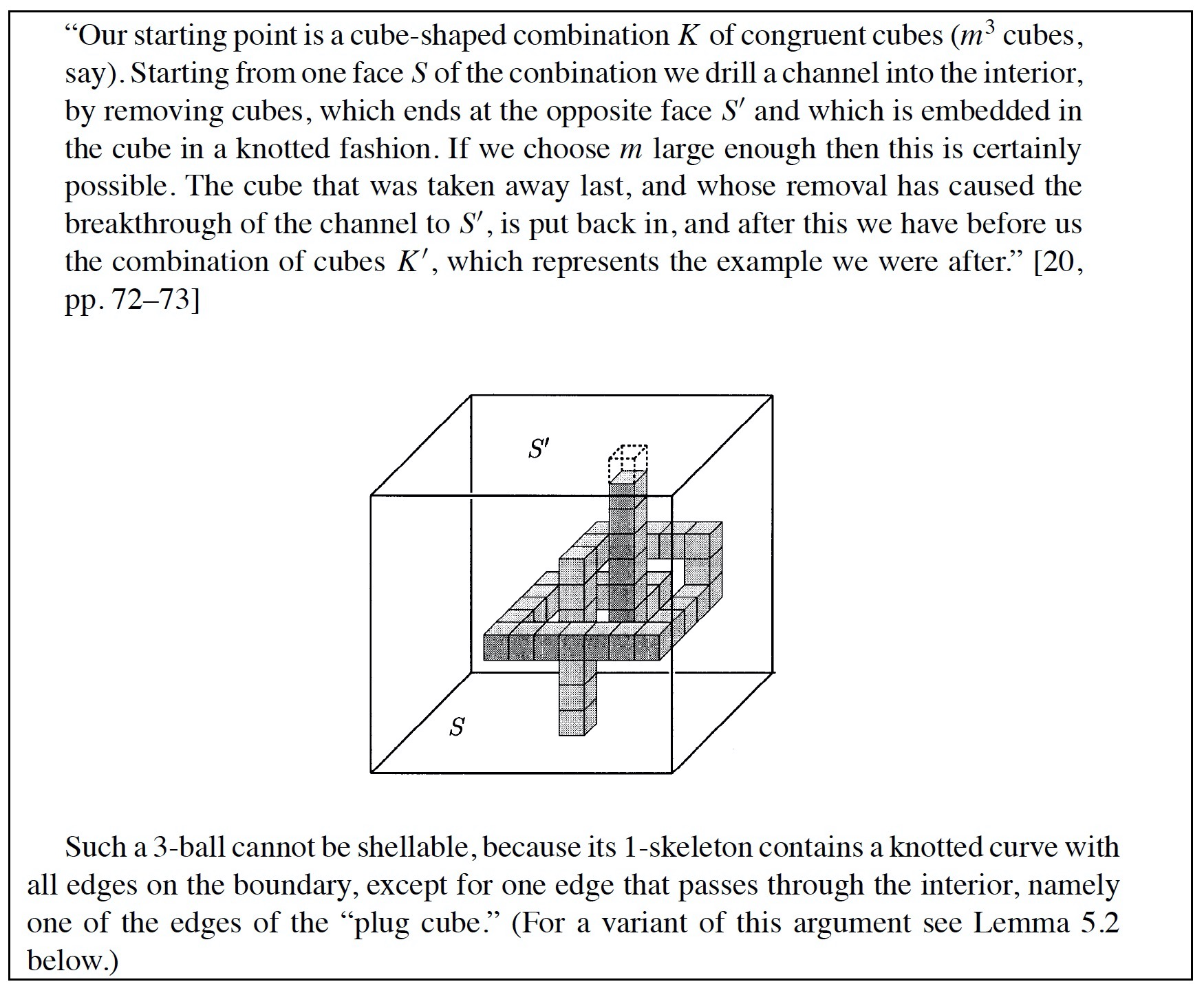 Here are some relevant definitions.

By analogy with Lemma 5.2, indeed, let's prove that pure 3D complex $G$ that contains a knotted (in $G$) curve with all edges except one on the boundary of $G$ can not be shellable.

Suppose $G$ is such a shellable complex with minimal number of facets. Let the curve be $\gamma=C\cup e$, where $C$ is a path in boundary of $G$; let $A$ and $B$ be the vertices of $e$. Then remove the last (in the shelling order) facet $F_N$ from $G$ and get a smaller shellable complex $\hat{G}$. We claim is that $\hat{G}$ also contains a a knotted (in $\hat{G}$) curve with all edges except one on the boundary of $\hat{G}$. Once this is established, we are done since $G$ was assumed to be minimal complex with such properties.

0
Is $(\mathbb R, \mathcal T )$ connected, compact, and/or Hausdorff, where $\mathcal T :=\{(−x,x)\mid x\in \Bbb R\}\cup\{\Bbb R\}$?
0
Complement of a ball with a knotted hole
3
Sieve of Eratosthenes : why $\sqrt n$ work?
2
Definition and Example of Polytope Shelling.
1
Why can't a knot be embedded in a 2-sphere and what types of knot are allowed on a simplex?
1
Relation between the topology definition and the real example