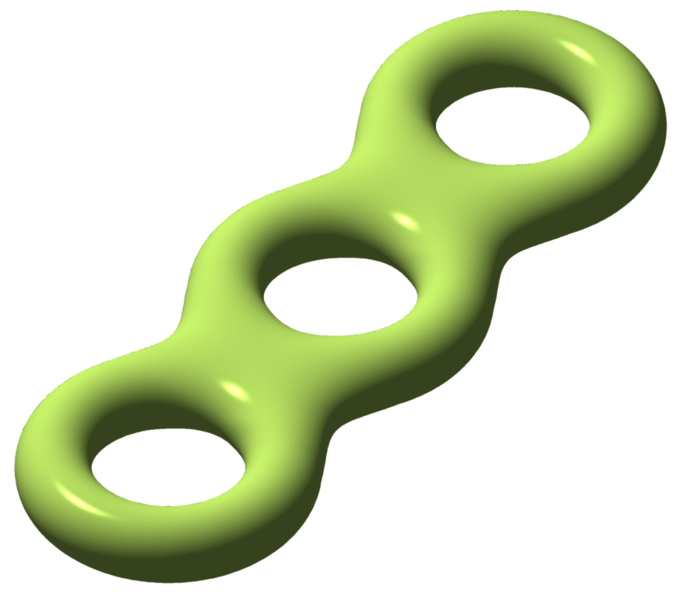 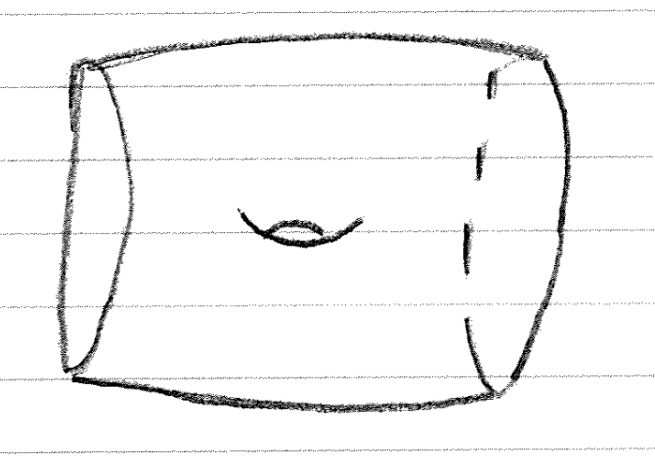 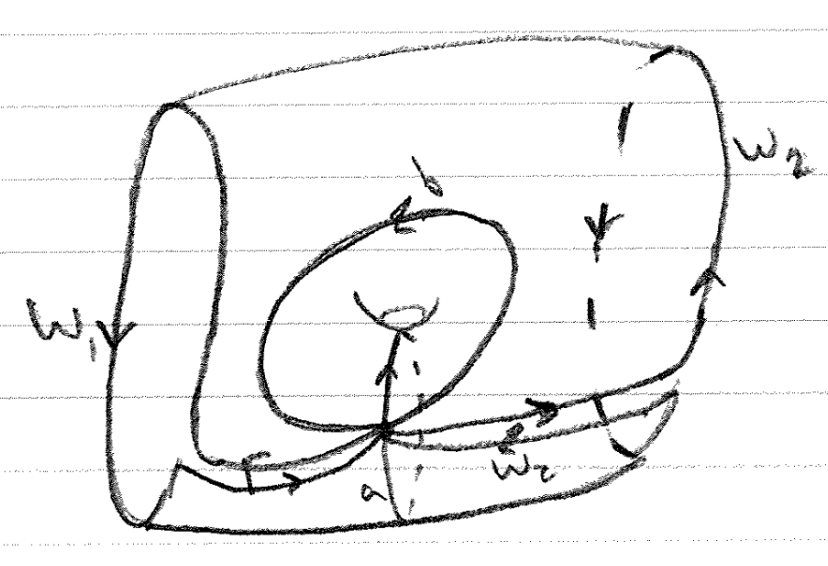 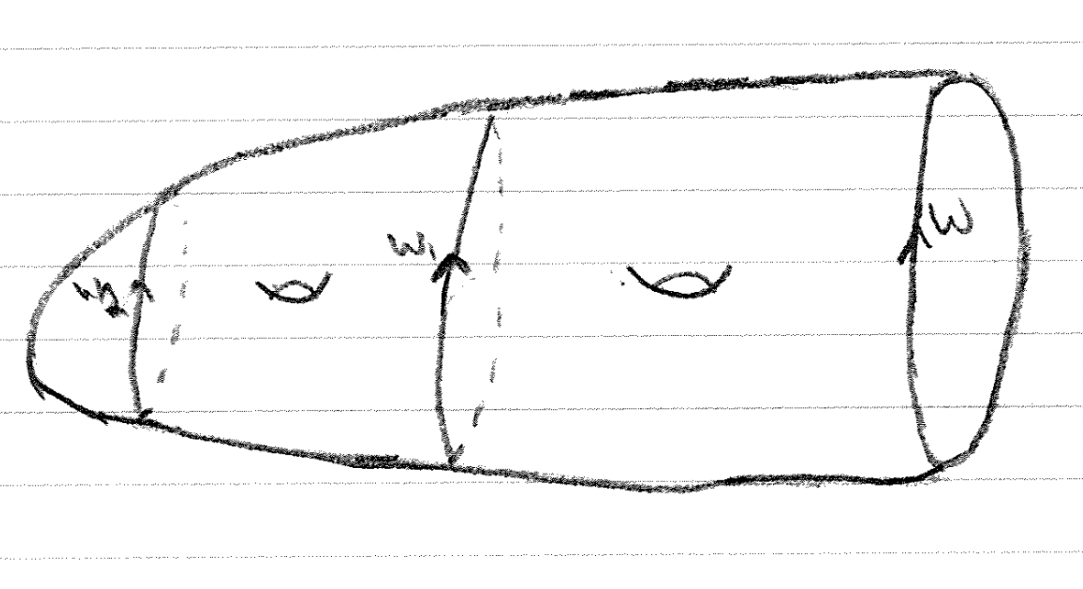 Here, I've drawn in some additional curves to help us out. Strictly speaking, these should all be attached to some basepoint as they were in the previous picture, but I didn't want to clutter it. Also for the sake of clutter reduction, I've omitted $a,b,c,d$, where $a,b$ are the paths as in the previous picture around the leftmost hole, and $c,d$ are those around the rightmost.

As before, this depends on exactly what the orientations of everything are, so you might have to throw in some inverses. Accounting for that, (I think) this is what you wanted.

I'll also mention that the usual (and easier) way of finding the fundamental group of the $n$-genus torus is by using the $4n$-gon identification, an outline of which can be found here.

Not the answer you're looking for? Browse other questions tagged general-topology algebraic-topology fundamental-groups or ask your own question.

2
Fundamental group of the n-holed torus