A question on Euler's series

In this topic: A general formula to generate functions of power series

I have asked for a general method to calculate the generating function of Euler's series. User21820 seemingly provided an exhaustive answer. However, there is still some points I don't understand. I have included that in this image below: 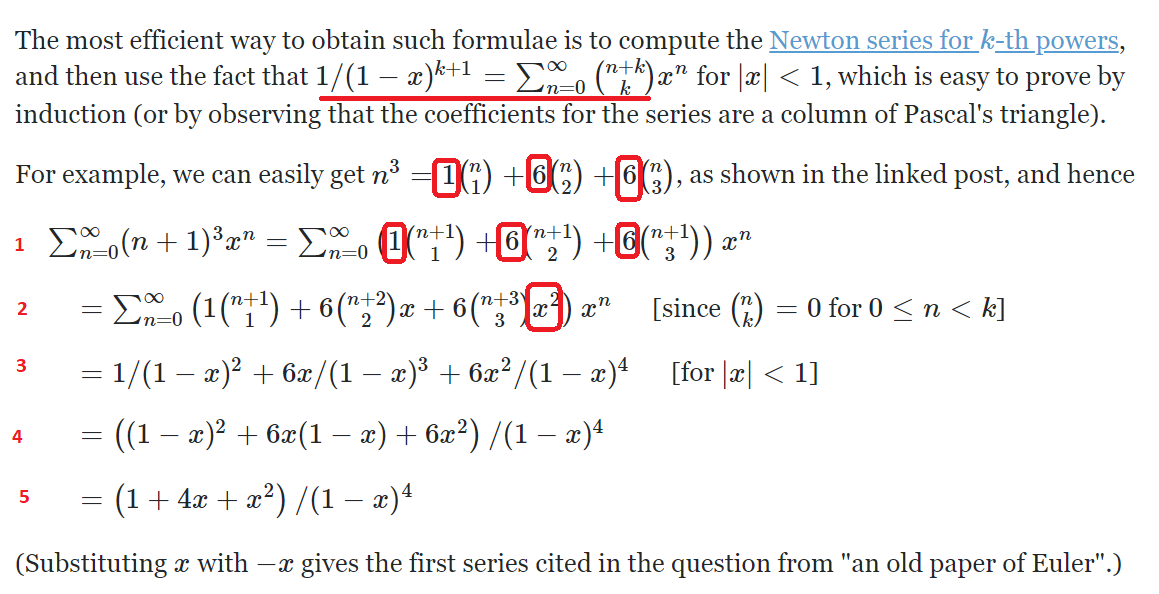 I have these following questions:

2) In the first line, it seems to me that there is a typo, does he mean

Question 1. : This is a well known formula and can easily be shown by induction.

Question 3. : Did you notice the factor of $x$ in the second term ? ... The sums are being reindexed (in light of terms that are zero.)

Question 5. : These coefficients in general are can be expressed in terms of the Stirling numbers of the second kind.

Not the answer you're looking for? Browse other questions tagged calculus sequences-and-series power-series or ask your own question.

2
A general formula to generate functions of power series