How is Laplace transform more efficient?

I wrote an answer on Laplace Transform, following a series of lectures by Prof.Ali Hajimiri (kindly take a look at the answer, my question is entirely based on that answer). In this answer, though I was able to arrive at the Laplace transform with operational calculus, I had a hard time figuring out what "applying Laplace Transform on both sides" meant, from the standpoint of this answer.

I mapped out the steps involved in solving a differential equation, $y'(t)=x(t)$ with the operator-method and using the Laplace transform. 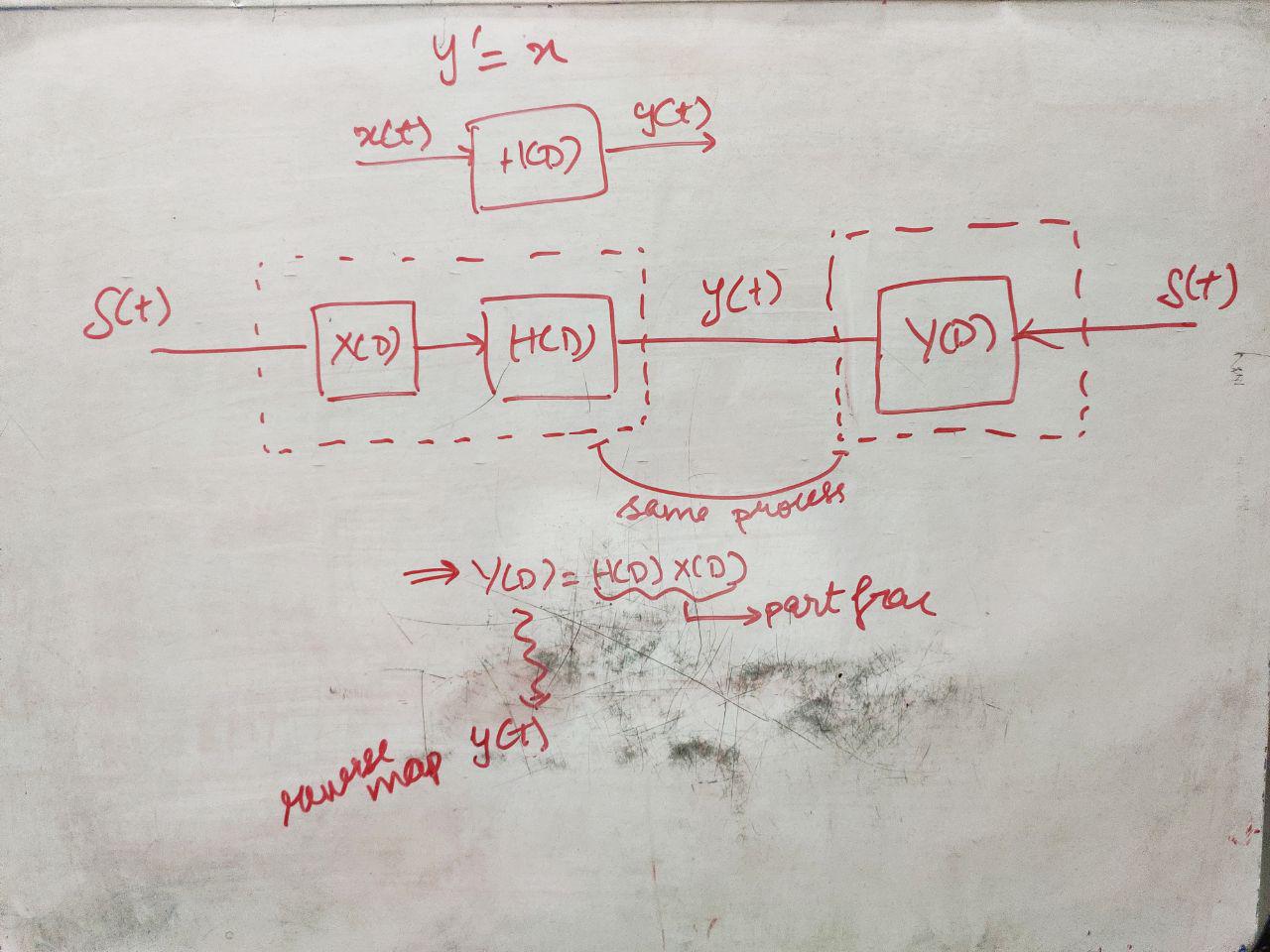 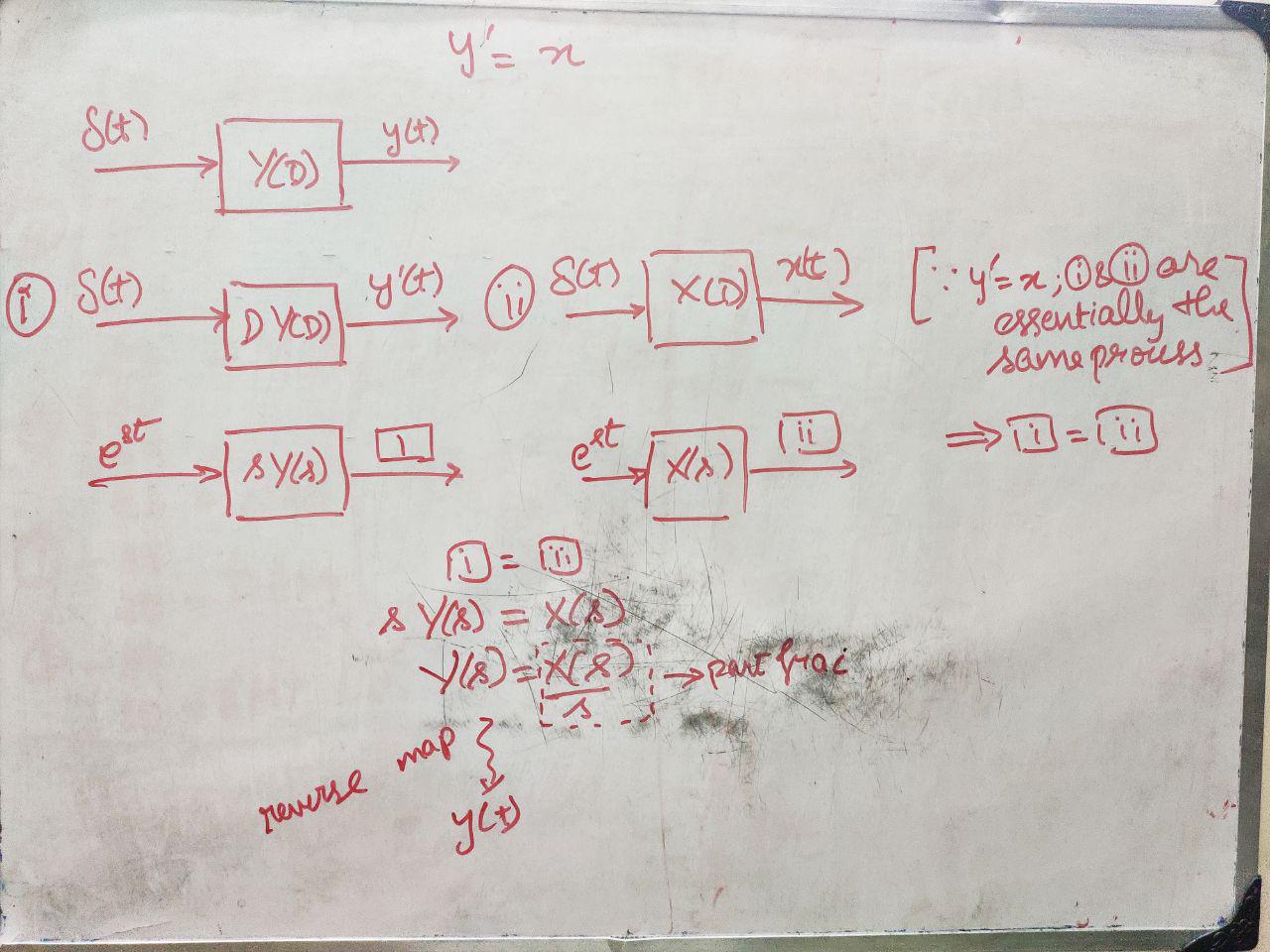 Is my interpretation correct?

As far as I can see, Laplace transform has just complicated things. How does it simplify the process. Why do we use Laplace transform? I understand that this question is highly specific. But if someone can help, it would be highly helpful. Thanks in advance.

Note, if the input contained any of the natural frequencies ($e^-t$ or $e^-2t$), we can't use the Laplace transform to obtain the response, but we can still use the operator method. And we can obtain only the forced response with the Laplace, but the operator method also gives us the natural repsonse. Which again leads me to the question, why is Laplace transform more efficient?

In-short, give me an example where, an ODE is unsolvable with the operator-method, but becomes a piece of cake with the Laplace transform.

I don't exactly intend to prove that the operator method is superior or something, but I want to know why Laplace is preferred over the operators? In what way, does that work around simplify the journey? When I look at it, we actually need not even take Laplace on both sides to get H(s) we just have to find H(D) and replace D by s, which seems to be relatively easy, isn't it?

Following are the thing(s), I could see,

Someone shared a link, Operator Calculus. That article really gave some insight as to why Laplace overtook Operators, from an historical perspective. Primarily because(as far as I can see) Heaviside really thought it was contemptuous to "prove" his methods.

But is there no mathematical convenience at all?

Sub-question: What actually allows us to use the operator like a variable?

and all the properties follow from the definition. So you straightforwardly understand what is $s$ standing for in the equations.

Any objections or corrections are welcome.

Not the answer you're looking for? Browse other questions tagged calculus linear-algebra ordinary-differential-equations operator-theory laplace-transform or ask your own question.

0
Stuck on laplace transform question
6
Is impulse response always differentiation of unit step response of a system?
7
Zeros/poles at Laplace and at Fourier Transform
0
Doubt relating to Laplace transform, eigenfunction and LTI systems
3
Solving an ordinary differential equation with Laplace Transform
1
Laplace transform of $u(t)=1/s$
0
How do I incorporate initial conditions when given a transfer function?