I am trying to proof that large poisson data follows gaussian distribution using Goodness–of–fit tests. I am stuck at calculating the degree of freedom.

The sample mean is about 100 and the sample SD is about 10. So the mean and SD are nearly correct. What about the normal shape? 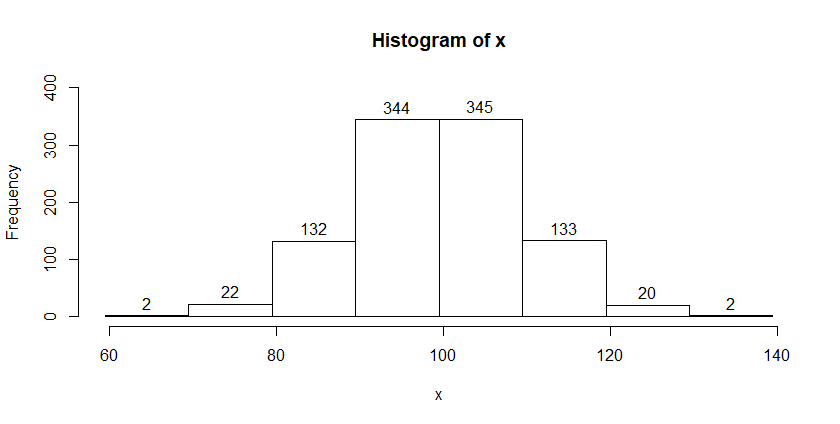 Now I will use R to go through the steps of the chi-squared goodness-of-fit test. You should follow through the computations here and match them with examples and formulas in your text.

Your null hypothesis is that data fit $\mathsf{Norm}(\mu=100, \sigma=10).$ So we need to get probabilities for each of the six intervals according to this distribution. One can get these in R, but you should show how to use printed normal tables to get them.

Conclusion from test: Because the chi-squared statistic is smaller than $c,$ we cannot reject the null hypothesis that the Poisson data (except for their discrete integer values) are consistent with a normal distribution. 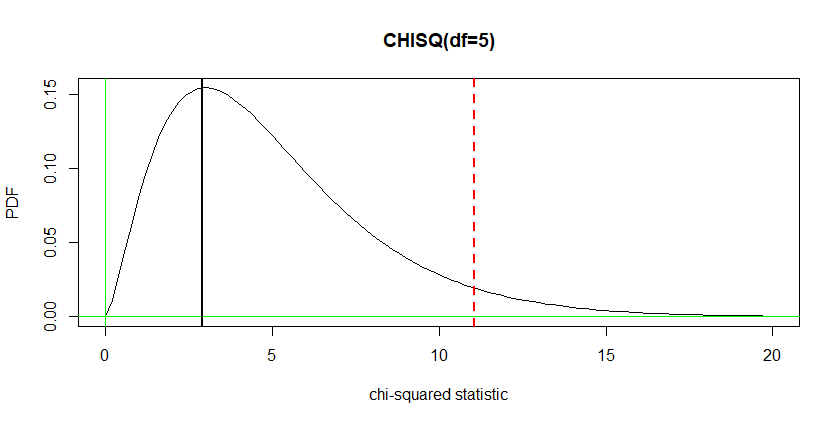 Not the answer you're looking for? Browse other questions tagged statistics probability-distributions normal-distribution poisson-distribution chi-squared or ask your own question.