What is the purely synthetic construction for producing a projective collineation, given two lines and three points on each line?

It is a well-known fact (sometimes called the fundamental theorem of projective geometry) that given two lines and three points on each of the two lines, there is a unique projectivity between the two lines. It also appears to be a known fact that this projectivity can be extended to a collineation of the entire real projective plane.

I'm looking for a specific recipe (draw these lines here, construct the intersection, draw these other lines, etc.) for how to actually implement the collineation, without needing to pass to coordinates. It feels like there's almost such a recipe in various sources, (e.g., Coxeter, partly Richter-Gebert) but I haven't been able to quite make it work.

Coxeter, in his book Projective Geometry, writes about one and two dimensional projective mappings.

In the second edition, Theorem 4.12 is the fundamental theorem of one dimensional projectivities, and is the one to which you refer (projectivities determined by three points on each of two lines). 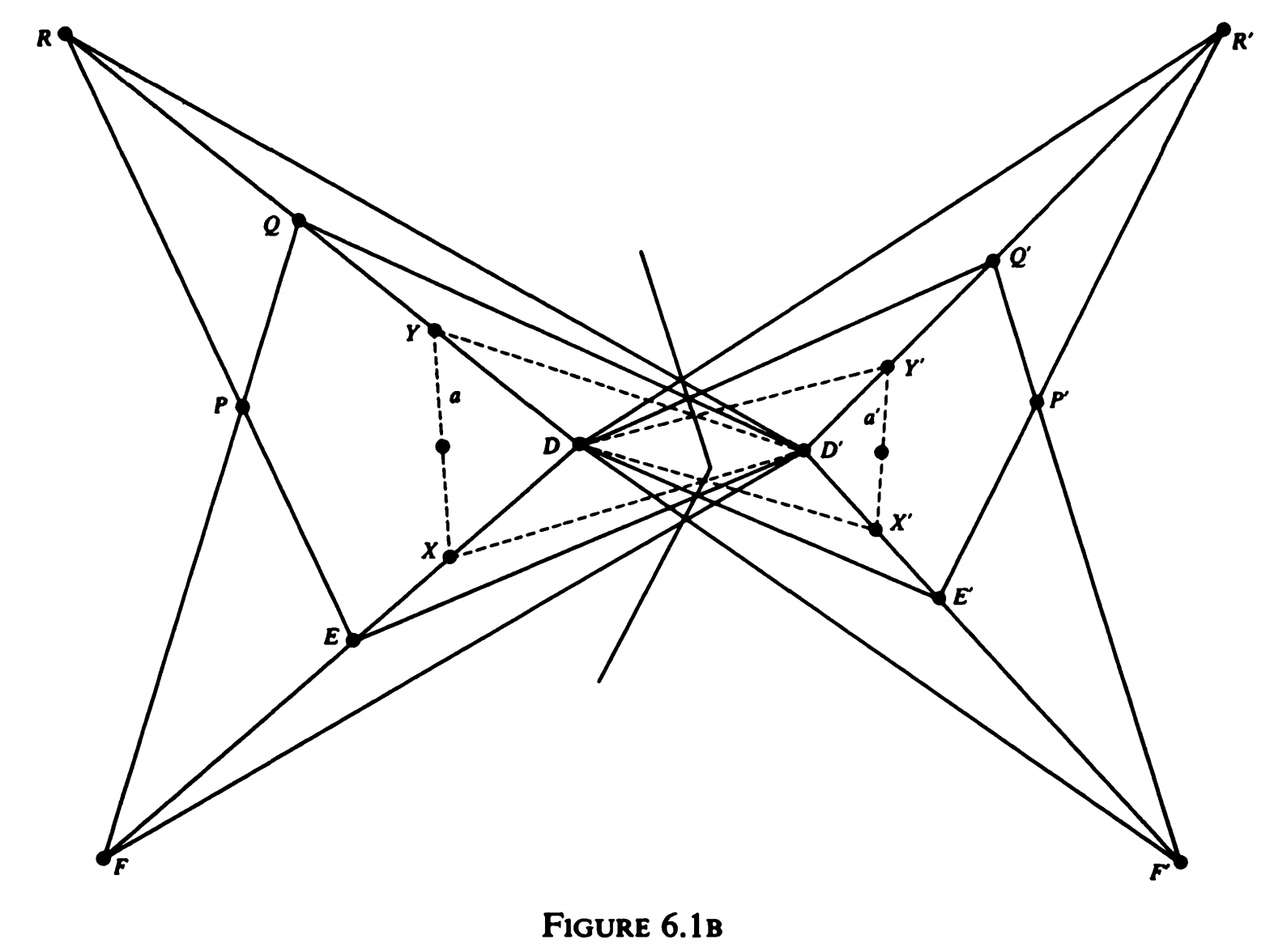 There are infinitely many collineations between 3 pairs of points. So you can pick any 8th point as the image of the 7th point and get a collineation that maps the 4 points to their images.

You can determine a unique collineation when given 4 pairs points and their images in general position. I'm not sure if there's a purely synthetic way to determine this collineation though. The analytic way to do this is given in the answer to another question.

Not the answer you're looking for? Browse other questions tagged geometry projective-geometry or ask your own question.

1
prove that the vanishing line can be determined given three coplanar equally spaced parallel lines
0
A problem in projective geometry…
0
Reference Request: Complete Proof of Braikenridge–Maclaurin Theorem
1
Duality of Projective Plane: Prove there is a set of four distinct lines, no three are concurrent
11
Geometric notion of addition for the real projective line
1
Three lines are given. Find three points on these lines, one point on each line, that are vertices of an equilateral triangle
3
Construction of a circle through two interior points of a disk and meeting the boundary at two antipodal points
3
Is there a geometric construction that finds the intersection of two conics, given only five points on each?