$d=$ distance between centers of the two circles $d=d(D,G)$ 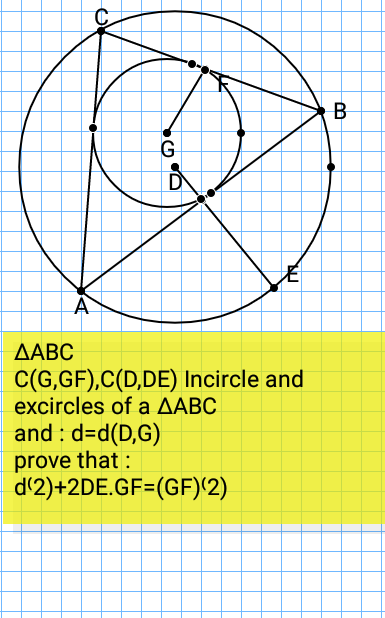 See Euler's theorem for the triangle.