In triangle $ABC$, let $r_A$ be the line that passes through the midpoint of $BC$ and is perpendicular to the internal bisector of $\angle{BAC}$. Define $r_B$ and $r_C$ similarly. Let $H$ and $I$ be the orthocenter and incenter of $ABC$, respectively. Suppose that the three lines $r_A$, $r_B$, $r_C$ define a triangle. Prove that the circumcenter of this triangle is the midpoint of $HI$

What would the design of this problem look like?

Here is a possible picture for the already solved problem: 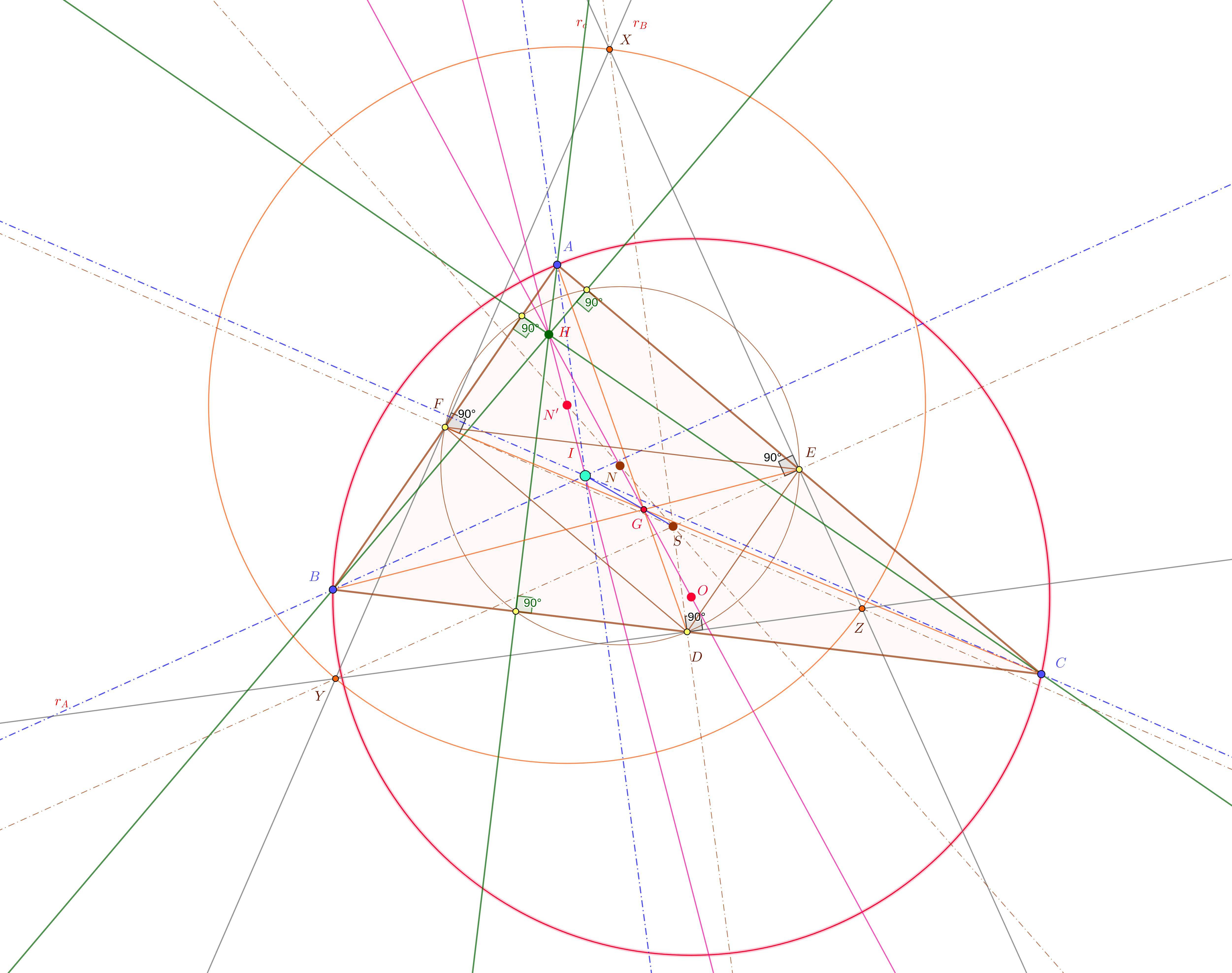 Well, how could you fill in the details without a faithful picture?! (And what is the "reflection of $N$ across $S$" by construction, the point $N$ is reflected with respect to the center $S$ or conversely?!)

Not the answer you're looking for? Browse other questions tagged geometry contest-math euclidean-geometry problem-solving or ask your own question.