Deducing angles in an equilateral triangle with normals to surfaces

I have the following equilateral triangle: 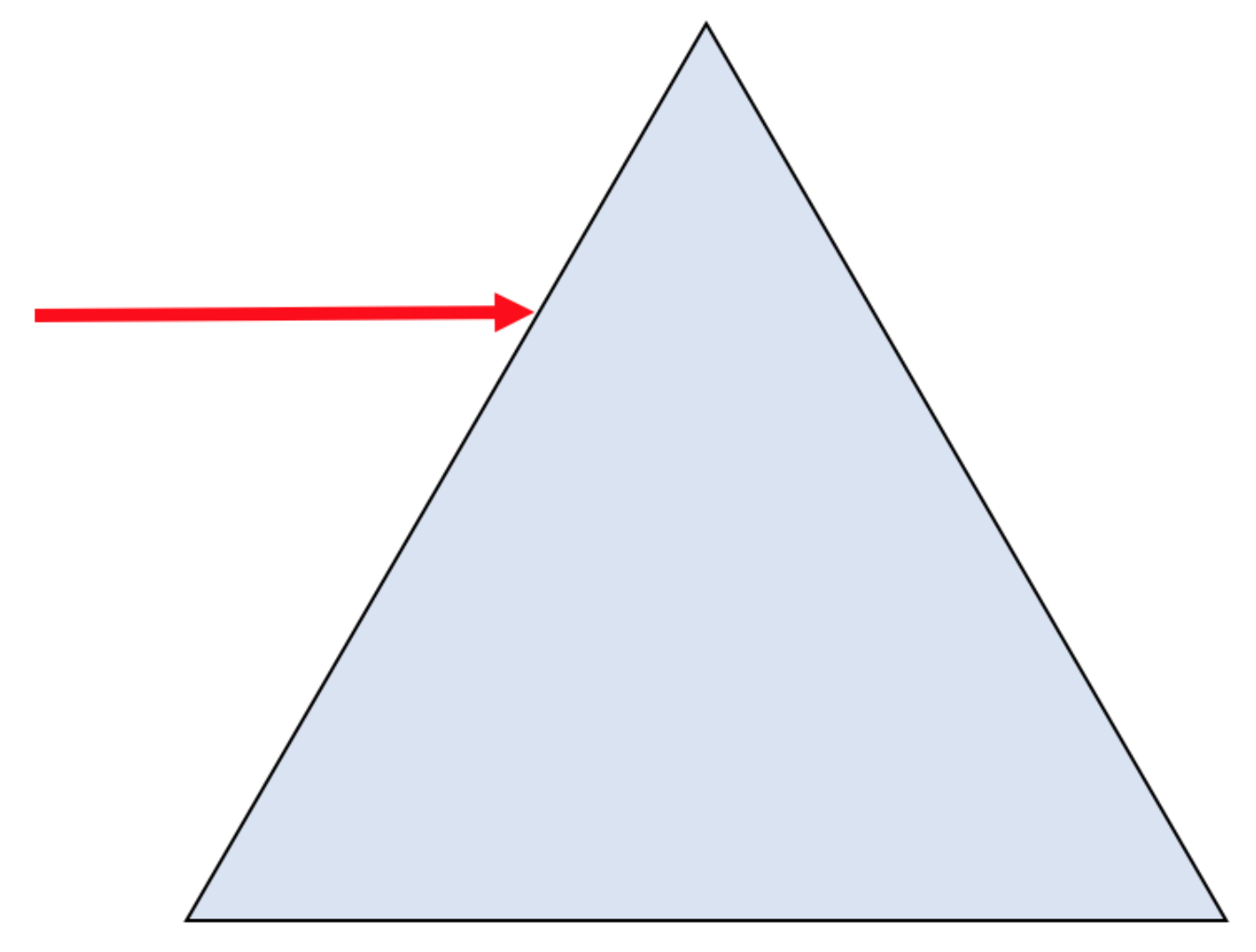 In the following picture of the same equilateral triangle, the dotted lines are the normals to the surfaces: 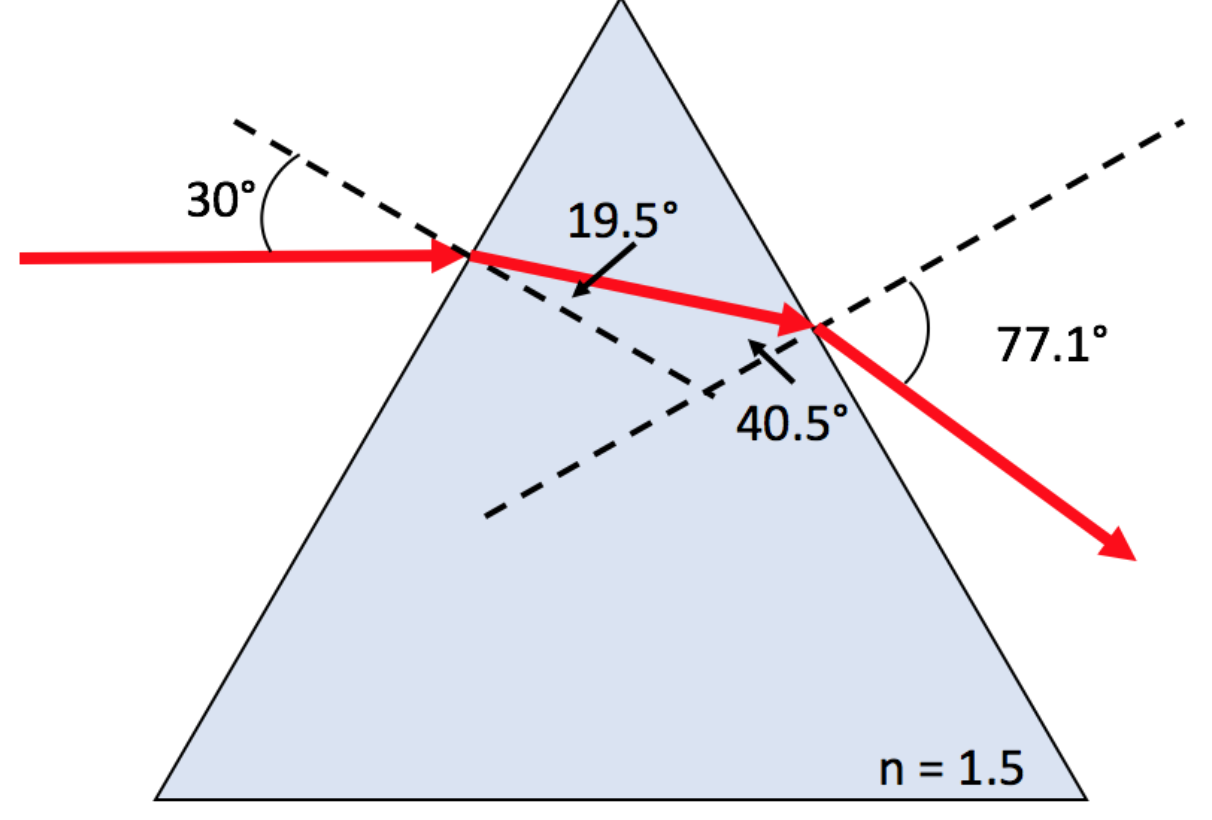 Since this is an equilateral triangle, we know that the three angles are $60^\circ$. And the since the dashed lines are normal to the surfaces of the triangle, we know that the angle they make with the triangle surface is $90^\circ$. Using these two facts and some geometry, we can deduce that the angle between the left-most red arrow and the dashed line is $30^\circ$, as shown in the above image.

As you can see, I understand the process here, but I'm missing the geometry knowledge that allows one to deduce that the angle between the left-most red arrow and the dashed line is $30^\circ$. What is the geometrical reasoning here? Is it similarity of triangles? I would greatly appreciate it if people could please take the time to explain this.

The author must be assuming that you know they meant the red arrow to be parallel to the bottom edge of the triangle. Assuming it is parallel, you can apply one of the theorems about the angles produced when two parallel lines are crossed by a third line as shown in the figure below: 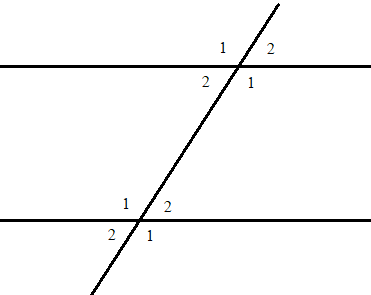 Now in the problem you're looking at, the first red arrow and the bottom edge of the triangle are parts of two parallel lines, and the left edge of the triangle is part of another line that crosses both of those parallel lines. If you extended all these lines you'd have a lot of angles equal to each other, but even without the other parts of the lines we can still see two angles that are equal, and since the angle inside the triangle is $60^\circ$ the other is also $60^\circ$. These two angles are marked $60$ in the figure below. 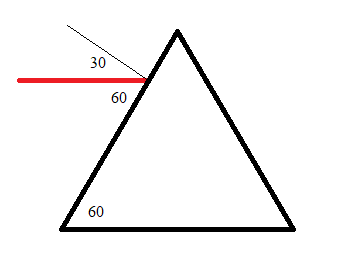 Now the angle between the normal and the edge of the triangle is a right angle, $90$ degrees. The red arrow divides this angle in two parts, one of which is $60$ degrees, so the other part is $30$ degrees.

Not the answer you're looking for? Browse other questions tagged geometry trigonometry triangles physics or ask your own question.