Today I encountered the problem of nonnegative triples $(a, b, c)$ such that $c^2 = a^2 + b^2 + ab$. This can be viewed as integer triangles with sides $(a, b, c)$ such that $c$ is the side opposite a $120°$ angle. Such triples are called 1-Pythagorean triples on OEIS, Eisenstein triples in this paper, and “Trythagorean” triples in this blog post. Whatever the name, it turns out that all such primitive triples can be parametrized (see this very nice page) as:

Question: Is this just a coincidence? If not, what's going on? What's the most general kind of problem for which this (whatever “this” is) is true? 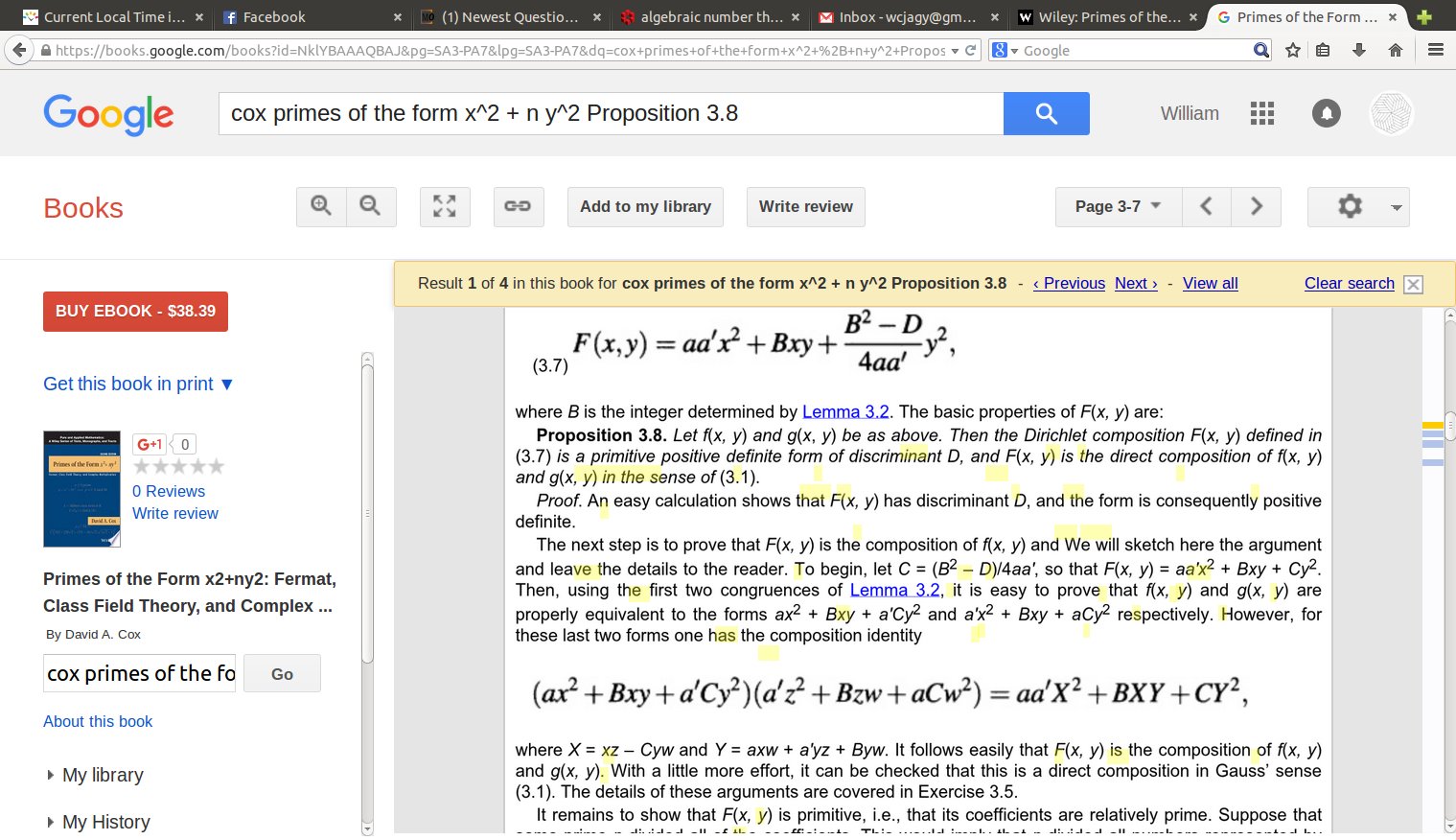 Not the answer you're looking for? Browse other questions tagged number-theory diophantine-equations quadratic-forms pythagorean-triples or ask your own question.