In a region bounded below by plane $z=0$, above by the sphere $x^2+y^2+z^2=4$ and on the sides by the cylinder $x^2+y^2=1$, set up the triple integrals in spherical coordinates that give the volume of the region using following order of integrations.

If $\rho$ is written first then I interpret it as follows: 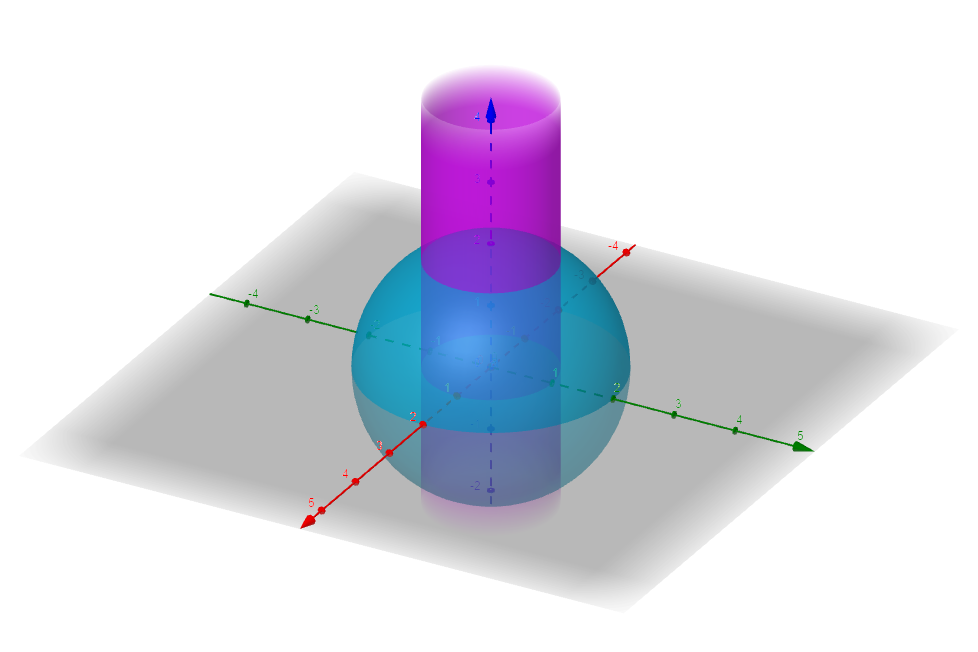 How do I interpret this, please don't say try to write $\phi$ in therms of $\rho$ and $\theta$, I'm searching for more intuitive answers of writing limits.

$\theta$ has no impact here, so ignore it. It will be $[0, 2\pi]$ always, and doesn't influence the relationship between $\rho$ and $\phi$. For those two, you can graph their relationship fairly quickly, as long as you don't get too particular about the exact shape of the curve, which is intentionally not accurately represented below. The important thing is that it curves down from $(1,\pi /2)$ to $(2, \pi/6)$: 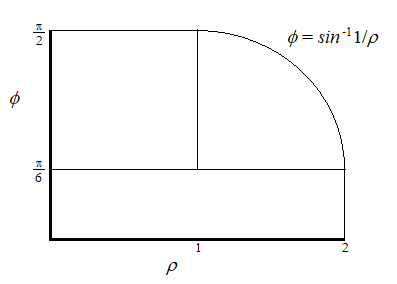 For no particular reason that I can see, the author has chosen to divide this region into three parts as shown. The first integral is for upper right region, bordered by the curve. The middle integral picks up the long rectangle along the bottom. The final integral is the upper left rectangle.

Either answer is correct, as are many, many more possibilities for dividing the region into parts that can be covered by a single integration.

It is not necessary to "break up" the volume integral into different pieces. Instead, it should be expressed in one triple integral, with proper limits.

The first integral then is,

Since the integral over $\rho$ is performed first, its limits for any given $\phi$ need to be determined. Note that $\phi$ is between $\frac\pi6$ and $\frac\pi2$, where $\frac\pi6$ corresponds to the intersecting angle between the cylinder and the sphere and $\frac\pi2$ corresponds to $z=0$. For any $\phi$ within these two bounds, the lower limit for $\rho$ is $\csc\phi$, the cylinder wall, and the upper limit is 2, the spherical surface.

Correspondingly, the second integral is,

Not the answer you're looking for? Browse other questions tagged integration multivariable-calculus volume spherical-coordinates or ask your own question.