What is the fractal dimension/Hausdorff dimension of a Koch's snowflake?

See here details for the formula from above.

Therefore, using that formula can we conclude that the dimension of a Koch snowflake is $\frac{\log 6 }{\log 3}$?

When I searched online it's dimension appeared to be $\frac{\log 4}{\log 3}$. Why? Where do things fall apart with the first formula? 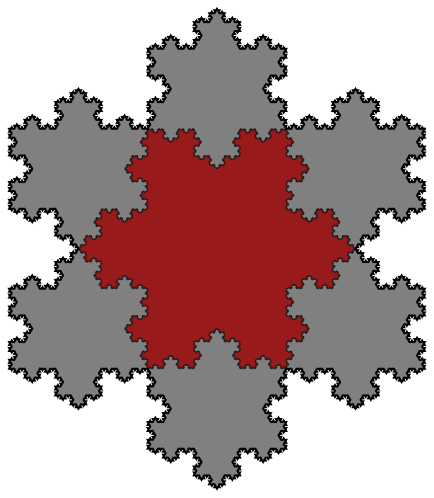 The formula that you mention,

Not the answer you're looking for? Browse other questions tagged fractals dimension-theory-analysis hausdorff-dimension or ask your own question.